Once Upon a Time in a Ditch in Kent

"Birds?", I hear you ask hopefully. "Some kind of rare ditch-dwelling warbler?" Almost right. Another Dragonfly. 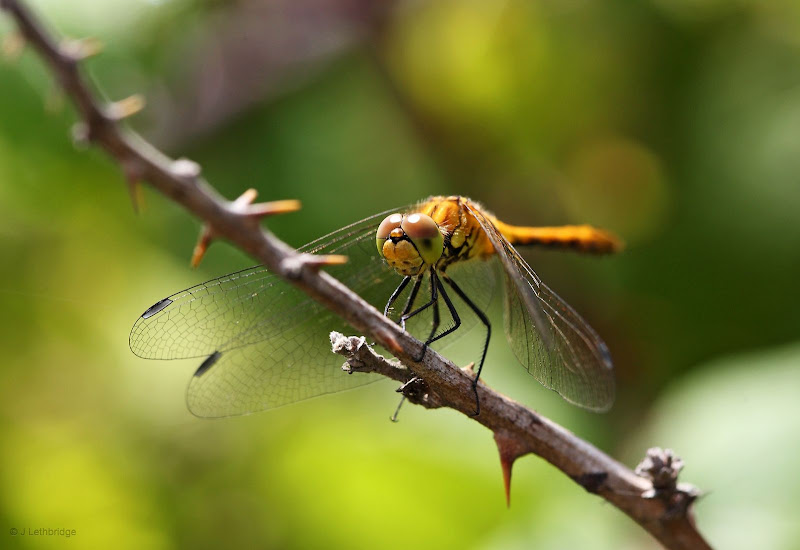 I apologise, I thought long and hard about what to do, and then went out on the patch early this morning. This post is already sounding suspiciously similar to yesterday's, so it will come as no surprise that I found nothing. No waders on Alex, and no ducks (I'm hoping for Garganey) on the ponds in the park. Depressed, I headed home to get ready for insects, part of a prearranged plan with Bradders and Roy. Yesterday had been so successful that we had decided that an attempt on the Southern Emerald Damselflys in Kent was in order. These have been twitchable exactly twice - proper rare.

Near the prescribed ditch at Cliffe were some real Dragonfly people, searching for the same thing. One of them had a net and everything. As a birder, I think I can safely say that they are a funny bunch. For a start they only talk in Latin.

"Nos non instituo unus etiamnunc. Gero questus punctum"
(We have not found one yet, and are getting pissed off)

Roy understood everything they were saying. He can probably speak latin too, but for the sake of Bradders and I stuck to English. It was hard work, but eventually Roy found one, and shouted out "Quid est illa in fossa!" before remembering who he was with and instead pointing at the ditch. Of couse it was one, a female, and we all saw it well before it vanished. A short while later I relocated it in the same fossa, and pointed out to the ten or so other insect-hunters where it was flying. I was surprised to then see everyone running away from it, heading instead down the side of the ditch. Eh? I thought this was what everyone was here for? But no, grown men and women were running, running and pointing.

Unbelievably, I was now present at the first sighting of Southern Migrant Hawker in Kent for half a century, and I am possibly one of only three people in the country (the other two being Roy and Bradders) to have seen the species in two counties. Fortunatus sum. The Dragonfly people netted the pair briefly, for there were two, in order to confirm the ID. In the hand there was no doubt. Certum est, as they say. 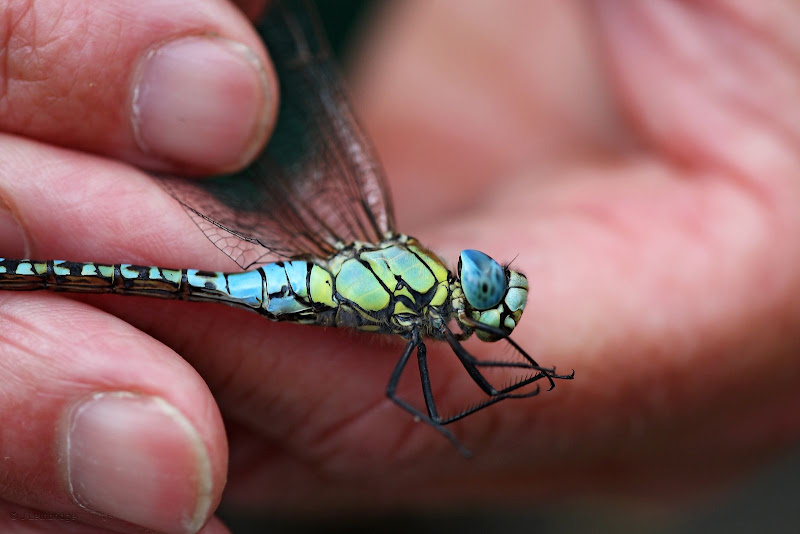 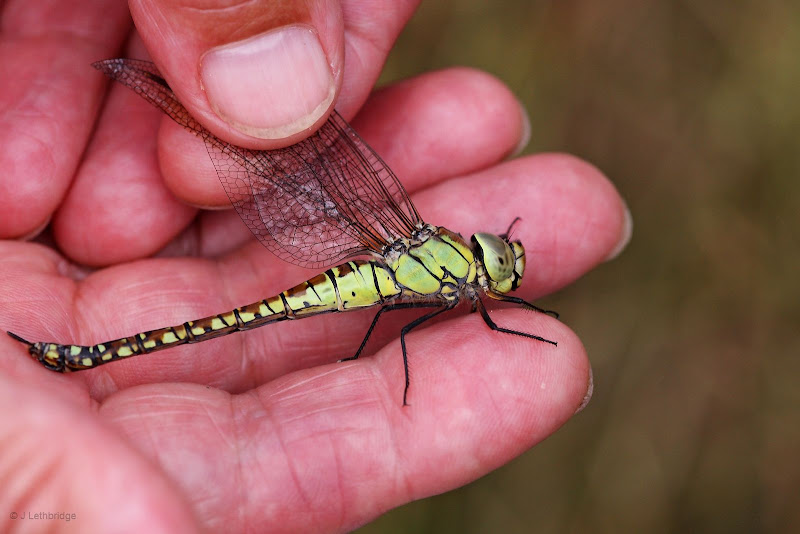 All thoughts of Southern Emerald we forgotten, this was truly exiciting stuff. My Kent Dragonfly list is going great guns! We decided that we had better leave before it all became too much, so bade our farewells - Vale! Eheu fugaces labuntur anni etc. We picked up a Spoonbill on the way out, and then tried a stretch of Downland for some birds more insects. Butterflies mainly, but we also found a couple of day-flying moths that failed to pique Bradders' interest. He'll cave one day, I'm certain of it. 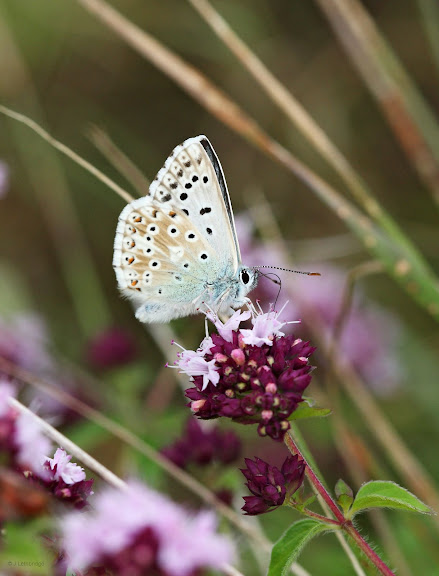