Kestrels on Wanstead Flats, and advice on cracking jokes on the internet

Spent almost five hours on Wanstead Flats this morning, enjoyed every minute of it. Better than working, much better. I am in the fortunate position this week of having one child with Grandparents, one at school, and one settling in to nursery. If you're good at maths, and have been following this blog for some time, you'll realise that leaves zero children at home. And when there are zero children at home, daddy goes birding.

I missed out the best period of the day due to a mammoth moth catch, over 100 moths of 40+ species, including an amazing fifteen Tree-lichen Beauties. Four definite new species, best of which was a Chocolate Tip, and probably another six new ones still to identify. Last night was perfect - still, sticky, cloudy and warm. Looks like it will be the same tonight, which is excellent news but means I can't get out at first light, which is always best for birding. In those five hours today I failed somehow to register a single Blackcap or Dunnock. But I did see a record number of Kestrels, which means I will be posting a record number of Kestrel photos. There were four, one over near Long Wood and then three together near Alexandra Lake. Are you ready? OK, then let's begin. 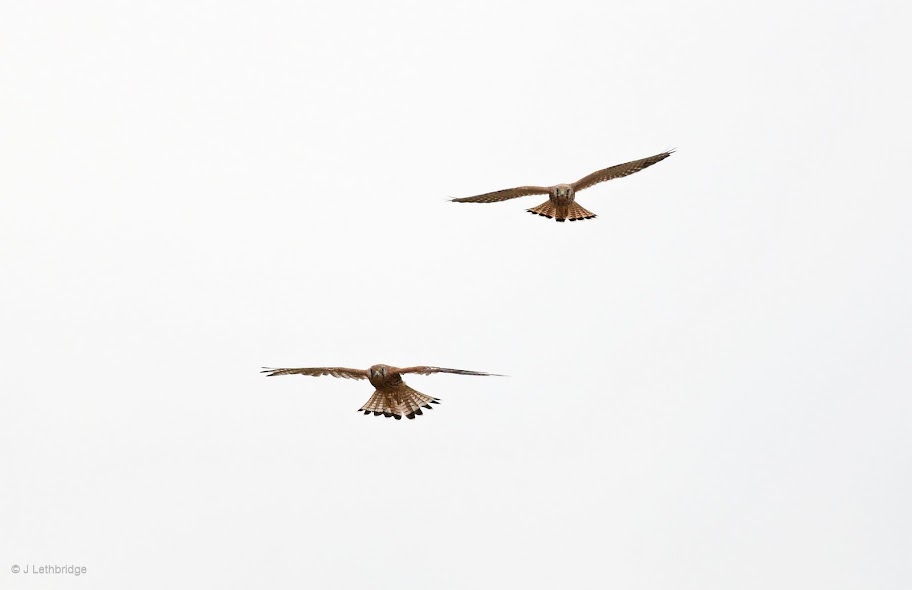 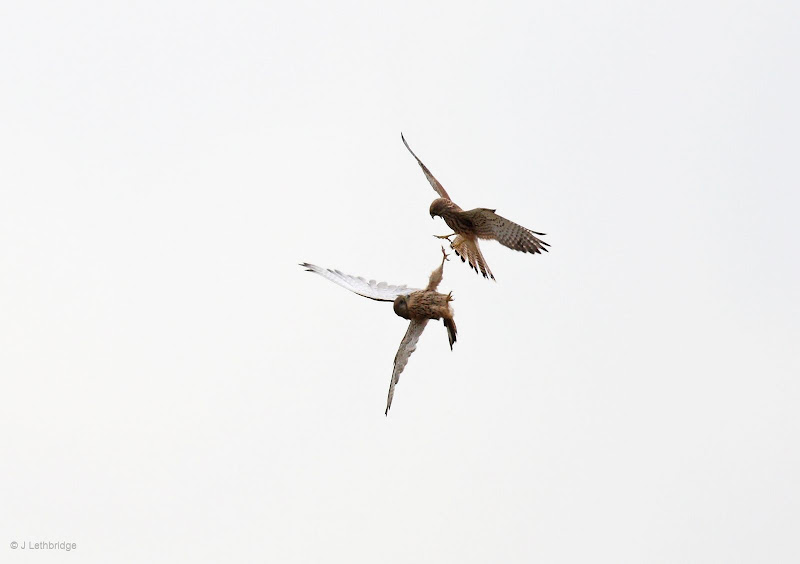 The same two Kestrels, playing or fighting, not sure which. 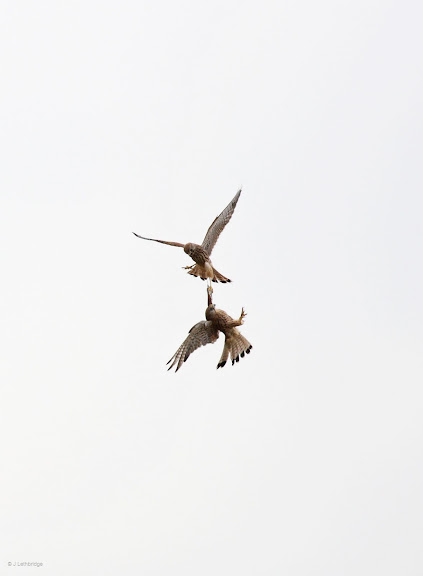 Shaking hands perhaps? They went and sat in separate trees after this.

But not before I took a few more photos.

And also this one. I had more, but I didn't want to bore you. I think I've been fairly restrained, all things considered.

And now some advice on cracking jokes on bird-related forums, populated by birders who are not out birding. Unless you are prepared to litter your post with about two million smiley face things to indicate to the humourless masses it is A JOKE, then just don't bother. If you think that using two billion smiley faces to advertise the fact that you are possibly not being serious is a waste of time and people should just be able to understand subtle, then on your own head be it, especially if you are making mildly distasteful jokes about that most unscrupulous of activities, suppression egging. If you also feel that by deliberately leaving out the two trillion smiley face things you could possibly cause some internet angst, then you would be dead right! Be prepared to explain yourself to the righteous and the humourless, and then, if possible, make another caustic comment and definitely don't use any smiley face things. If you get any come-back on that one, then all hope is lost, and you should unplug your internet connection forthwith and never log-on again. Clear? Good.

Posted by Jonathan Lethbridge at 18:35