Another early start on the Flats procured precisely nothing, but you can't score every day, and in any case it is lovely out there at 5am. It is cool, empty and stunning, as these Canada Geese and scenic backdrop prove. 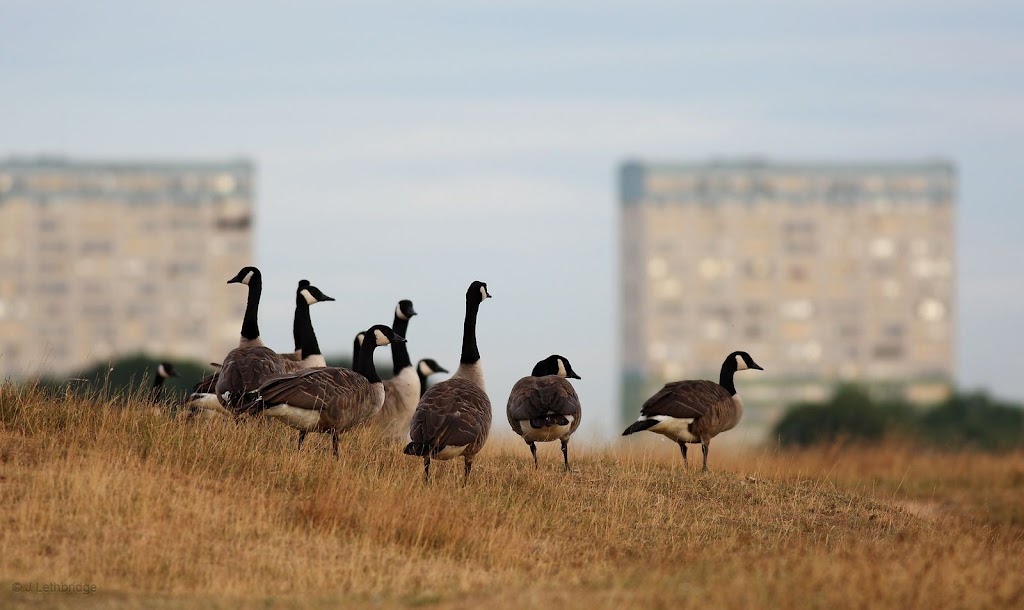 After finding no waders on the Jubilee or Alex, I went down to the Old Sewage Works again to see if I could get some more shots of the Sedge Warbler, particularly any juveniles. Yesterday, having seen some scruffy birds associating with the Sedge, I confidently suggested they had bred, but wondered how they could have bred without us noticing, and that as local patch birders go, we were a bit rubbish. It turns out they probably didn't, as a photo of what I thought could be a be a juvenile is in fact a Phyllosc of some description, likely a very very worn Willow according to H. Quite what it was doing clambering about in reeds and rushes with a Sedge Warbler is anyone's guess. So we're not crap after all. Or rather, we are, just in a different way.

The OSW was buzzing yet again, with Finches and Warblers all over the place. But no Sedge Warbler. It has moved on, with its Leaf Warbler friend. I watched a Garden Warbler for a while, and a family of Whitethroats, but never a sniff of an Acro. And no Egrets either. In fact, versus yesterday it was a bit of an anticlimax. Still, there is always tomorrow, and that is what keeps me and all other patch-workers going. 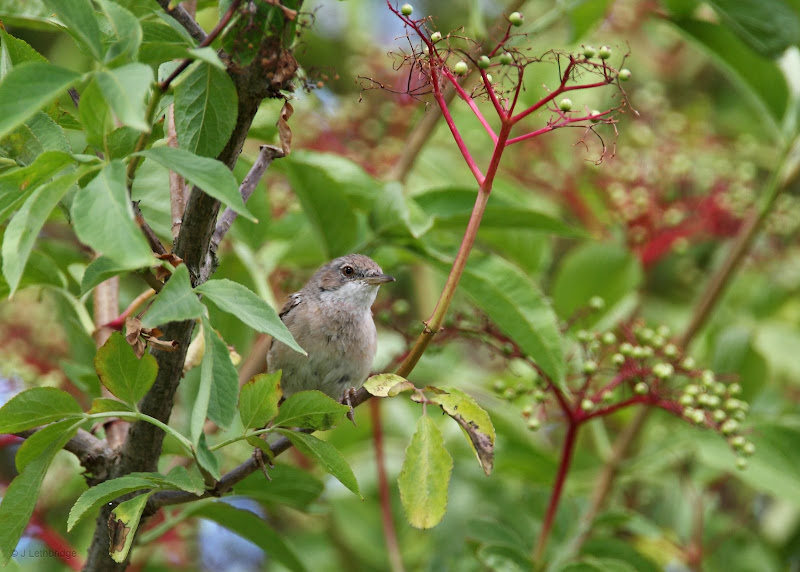 Garden Warbler, I'm certain of it...

Posted by Jonathan Lethbridge at 11:41