Another day of ups and downs, but ending on a high. I started the day with a tick, always good - an early start in the garden. I was determined to get Meadow Pipit on the garden list given the increasing numbers on the Flats of late. It took over an hour, but finally two birds went over with a bouncy flight and giving the required squeaks. How I had failed to get one until now I have no idea. Oh, wait....

Anyway, finally I could go out on the patch, which is what I had wanted to do from the start. One more piece of toast and I was on my way, though not for long. The pager kicked into life just as I had completed the SSSI and Broom Fields with news of Guillemot flying west past Crossness. Gah! Another awesome seabird flying up the river on strong westerlies. What goes up must come down, so off to Rainham I went and plonked myself on the balcony, there to watch the river. Which was dead. I picked up a Sanderling on the Crayford foreshore, but it was otherwise very quiet.

On the Serin Mound, Paul wasn't having much luck either. That was until the Raven flew past him. Knowing I was on the balcony looking for auks on the river, he quickly called me, and I ran through the visitor centre to scan over the A13 where it had been flying.

I'll save you the agony, I didn't get it. I think needing to squeeze through the door sideways may have slowed me down. Also, I think it had been dropping steadily, and perhaps I wasn't looking in quite the right direction. Still on the phone he told me it had dropped just as I got onto where it had likely been flying. Another one that got away, and an exellent London bird. Bummer, as they say, and a bit of a downer. I was almost unable to believe that I had been so close to seeing it and had missed it, but there you go, that's birding. I missed an Arctic Skua by approximately the same margin earlier in the year and managed to claw it back. This is the second time in recent days that a Raven has been seen in the area, so I'm hopeful of picking one up soon if I spend enough time on the reserve.

Still on the ramp, my phone rings again, this time it's Johnny A from Beddington with the good news that the Pectoral Sandpiper has been relocated. Up, Down, Up, Down. I wasn't quite sure which this was. On the one hand it was a bird I had never seen in the London area, and one more towards 200. On the other hand there was a Raven nearby and the possibility of a Guillemot drifting down on the ebbing tide, and, as I have mentioned, Beddington is a right old trek.

Obviously I went to Beddington as that was the most hypocritical option available. It didn't take nearly as long as I remembered, perhaps because I took the motorway instead of trying to navigate across South London. Once there I followed Johnny's directions and found the lagoon. It didn't have a Pec Sand on it. Arse. I scanned the three lagoons for over an hour before Johnny joined me. He concurred that I wasn't just being useless and that it genuinely wasn't present, so suggested we look at the pools at the top end of the farm that it had been favouring a couple of days ago.

We went cross-country - no way would I ever have found the correct route, the site is enormous - and eventually arrived at the pools. Nothing doing. Hmmm. For some reason I decided I'd have a quick look at an unlikely looking pool with no muddy fringes, and there it was, feeding on a small island. Result! The cap was extremely rufous, I can see why Johnny had considered Sharp-tailed for a moment initially.

Such a smart bird, and easily the best view I have had of one. I approached to the edge of the pool, as close as I could get to it, and took a few record shots. With all the nonsense over the London year-list record attempt last year, I'm trying to document as many of the birds that I see as I can, either with a photo, or by seeing them with someone else present. And anyway, I like taking photographs, as you probably know by now. When I get a moment, I'm going to create a London 2010 page on this blog so that people can check up on me. For now though, here is the proof. 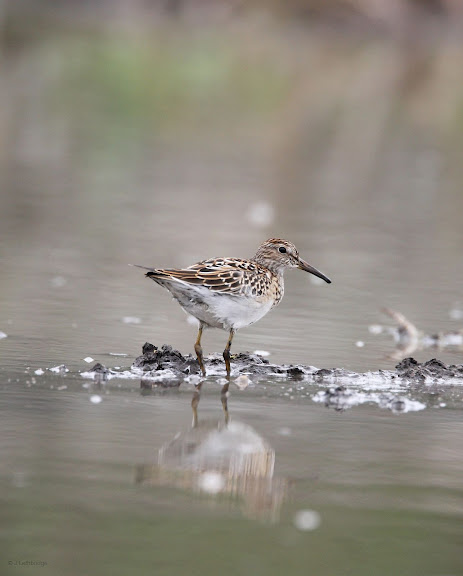 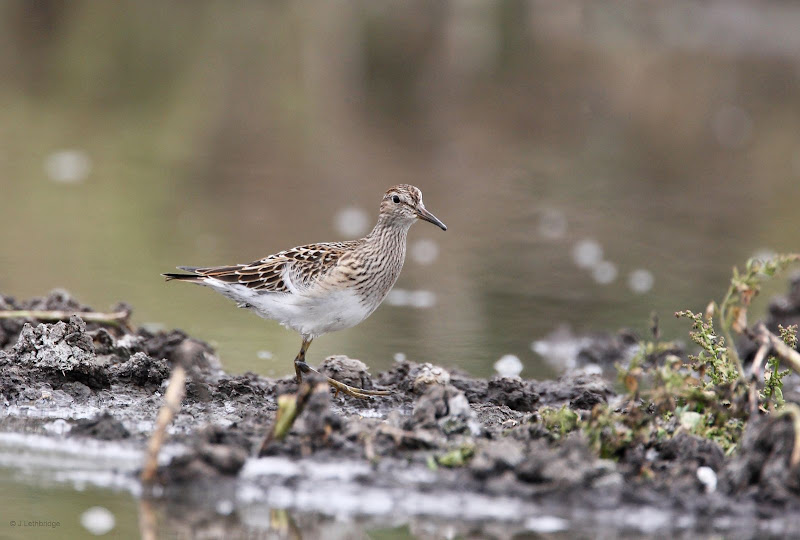 Pec Sand is a new bird for the London area for me, and also happens to be #199 for the year. My thanks to Johnny, who generously let me in and showed me round, and who probably wanted to go and have some lunch rather than trek across Beddington again. So, one more required, and then I can relax. I wonder what it'll be? Lapland Bunting perhaps - I have learnt the call in readiness. If I get there, I suspect I'll still go for things, but without all the angst. Well, without some of it perhaps. Bar the guy who holds the record, I'm not sure anyone has ever done 200 within the LNHS recording area in a year before. Yes, I know, I have no idea how I will cope with all the kudos and adulation.
Posted by Jonathan Lethbridge at 17:14