I am currently listening to the excellent Hannu Jannes "Calls of Eastern Vagrants" CD. At the moment "Western Bonelli's Warbler" is playing. I could not identify it to save my life. The CD has 68 different species. I reckon I can identify eight so far, Yellow-browed Warbler, Pallas's Warbler, Greenish Warbler, Arctic Warbler, Red-flanked Bluetail, Red-throated Pipit, Red-throated Thrush, and Richard's Pipit. On the other hand, I have yet to get a single Bunting correct, they all sound the same, and I keep on calling Olive-backed Pipit as Richard's Pipit, so maybe that's only seven?

Why am I doing this? None of them will ever turn up in Wanstead. I'm doing it because I'm going to Shetland for a week. Soon. Can't wait. The last two days have seen River Warbler, Pallas's Grasshopper Warbler, Buff-bellied Pipit, Brown Flycatcher and Citrine Wagtail. Admittedly some of those have been on the sadly inaccessible Fair Isle, but nonetheless it is an impressive haul. And those are just the really good birds. There have also been a fair number of Arctic Redpolls, Rosefinches, Yellow-browed Warblers and a Bluethroat.

Yup, it's rarity season. You'll perhaps remember that I went to Scilly last year, there to consume an impressive amount of cake, but not unfortunately to see many rare birds. It just didn't happen, some kind of weather conspiracy. The same could happen on Shetland this year, it truly is just luck of the draw. North-westerlies and you get nothing at all. North-easterlies and you get Siberian Rubythroats hopping round your cereal bowl in the morning. Pure luck, and nothing you can do about it. Probably we'll get nothing, but I'll tell you what, the anticipation is immense. The thought of what might be. The thought of bagging my own rarity, picked up on call, through sheer diligence alone. And luck. 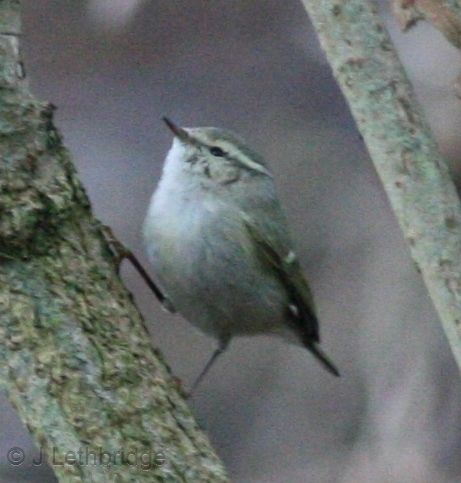 Posted by Jonathan Lethbridge at 17:12