Second post in a day, my life is just so exciting. When I metaphorically left you, I was heading out to Wanstead Flats to find Ring Ouzels, as there seemed to be quite a few scattered around London today. I added two more, thus: 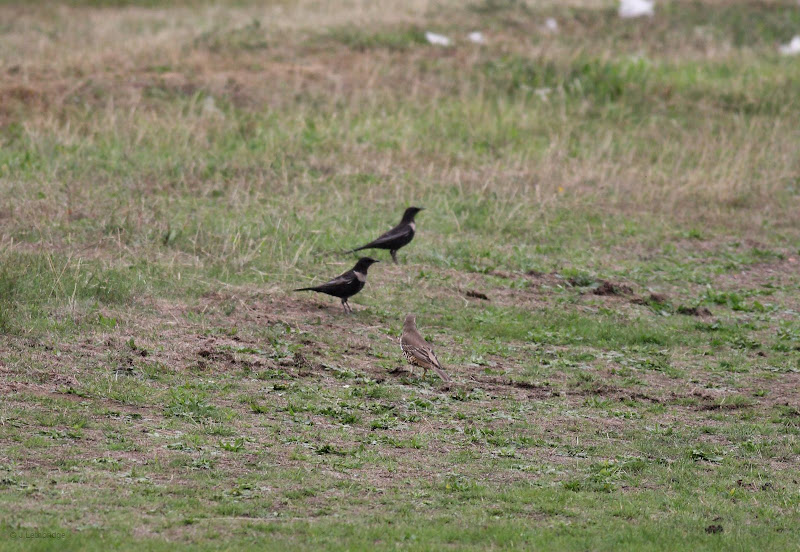 Very pleasing indeed, especially as Mrs L is working from home today, and before I left I announced I was off to find a Ring Ouzel. "Good Luck" she said, and I don't think she was being sarcastic. Wish that would work with every species. They were in same area, broadly, that the Ring Ouzels always turn up in, which is around Long Wood. Although my track record for finding Ouzels on the Flats is pretty good, I was nonetheless surprised to actually score. I heard them before I saw them, but I was unable to creep up on them - very wary indeed, hence the somewhat duff photo. 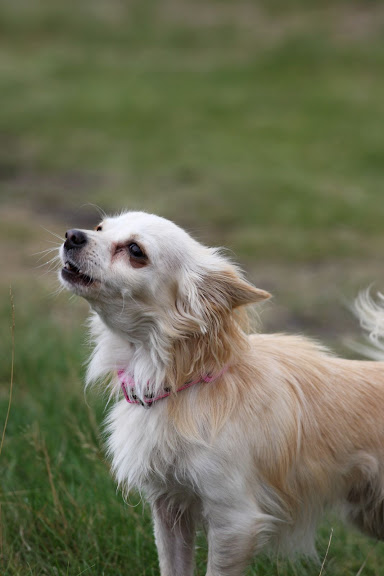 But this post isn't about Ring Ouzels. It's about dogs. And their owners. As I was approaching Ouzel central, I became aware of some high-pitched yapping, and around the corner were two people and six dogs. None of the dogs were bigger than a large cat really, but six, come on? How many dogs do you need? One of them made a bee-line towards me, snarling feebly. I carried on. The owner ineffectually called it back, but it paid not the slightest heed and continued for my ankle. As it lunged, it is possible I may have expressed an opinion about the rat dog to its owner.

You would think that at this point, with the animal still seemingly intent on departing with a piece of me, that the owner might rush up with the leash, proferring apologies. Not on Wanstead Flats. No, unfortunately my slip of the tongue instead caused her to go off on one. There was a lot of swearing which I did not enjoy. I decided that the moment needed to be captured for posterity, so photographed the tirade. I am aware that this perhaps does not show the lady in the best possible light. 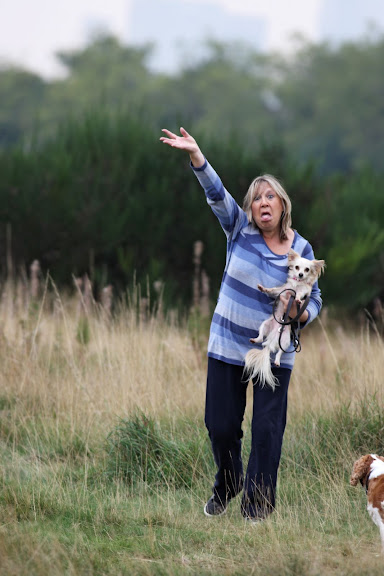 Posted by Jonathan Lethbridge at 16:51