The excitement of this morning was almost too much to bear. Despite a lot of rain in the night, there were no new migrants on Wanstead Flats. I had been expecting to be wading through Redstarts, fighting off Whinchats. I couldn't even find a Lesser Whitethroat. Have a Mallard, it's about the best thing I saw. 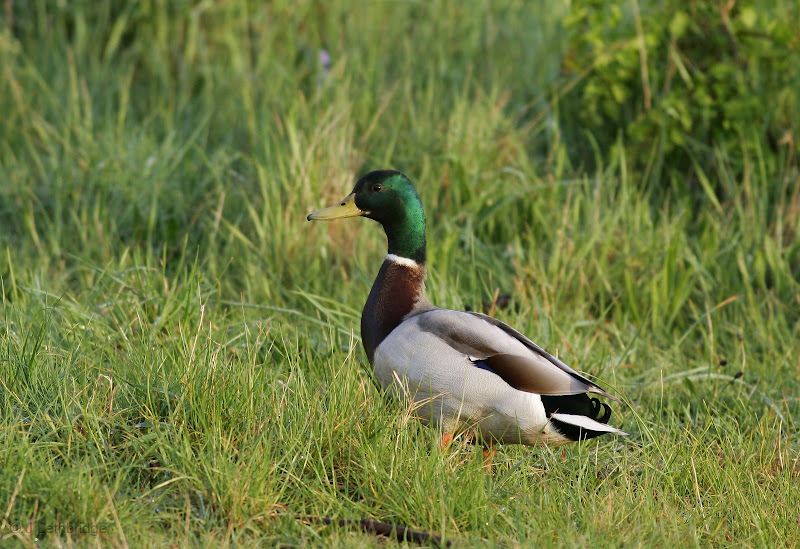 Shrugging off this poor start, I put plan B into action: Return home, have a cup of tea, wait for news on the Iberian Chiffchaff in Kent. This plan worked exceedingly well, and before 8am the news that the bird was still present and singing away had me packing the car ready for a minor twitch with children. We liaised with the Monkey, who, off work again, had nothing better to do, and got there with no trouble. I'd sussed the location using the marvel that is google earth's satellite view, so knew exactly where to go. Before I even saw the small crowd of people I could hear it - I'd scrubbed up on the song this morning before leaving, as I hadn't a clue what it sounded like. I'm sure the Blowmonkey had too, but in case he hadn't, I pointed the bird out to him when he arrived :-) 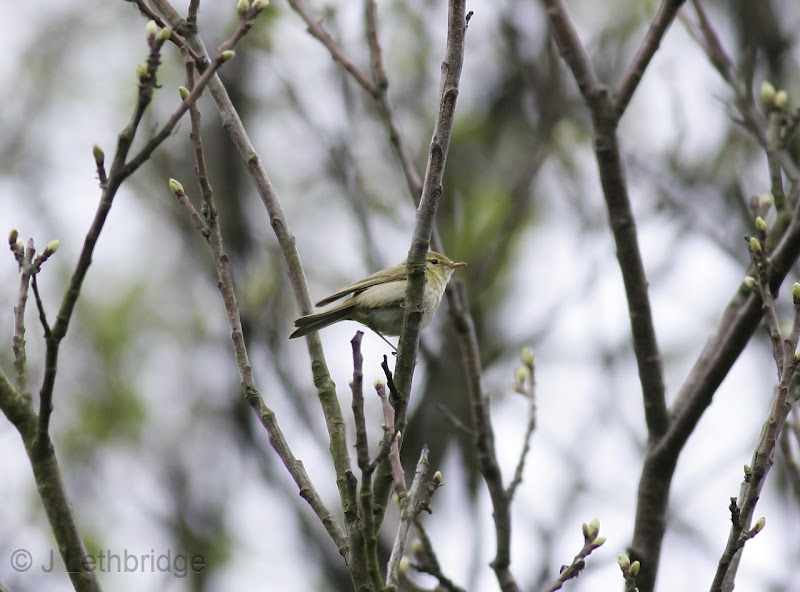 In many ways this was an ideal twitch. For starters the bird was still there - somewhat of a prerequisite. It only took 40 minutes to get there, the parking was easy, we didn't have to walk far, the terrain was kiddy-friendly, and there were only a few people watching it. Perfect. Possibly not the world's most exciting bird, but it would have taken something special to beat the Bluethroat from last weekend. Tick and run. 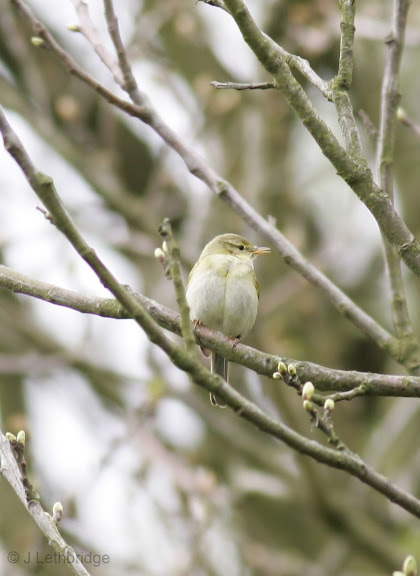 The bird was very active, and singing frequently from high perches. Interestingly - although I use the word with caution - it also gave the classic colybitta chiff-chaff-chiff-chaff as well, though less frequently, and usually from cover. I have no idea why this should be. My best guess is that it took an English language course when it was younger and now, finding itself here at long last and able to use it, is haltingly asking the way to the station? Or if any of the twitchers had pets.

We also bumped into Matt, remarkably for the first time this year. We saw him a lot last year at various birds, and had expected to bump into him in Dorset for the Bufflehead, or at the very least Suffolk for the Lesser Kestrel. His flimsy excuse for this is that he has been working (although he did manage to squeeze them both in - a bad cough I expect...). Anyway, good to see he is still out and about, and I hope he finds something good soon in Sussex that I can twitch, though if you're reading Matt, much closer to a car park next time please!

Posted by Jonathan Lethbridge at 16:54