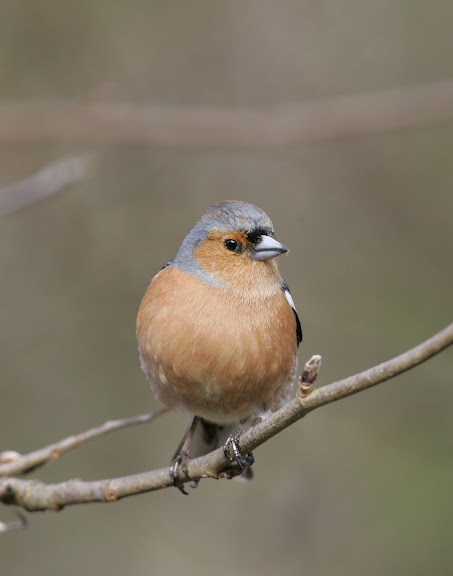 " Hi there!"
This post concerns a short trip to the Highlands, and will contain Chaffinches. If you suffer from Chaffinchophobia, or just don't think you can cope with a lot of Chaffinches, you should skip to the next post, which whilst not written yet, will be about Rainham, and have a lot of Reed Buntings in it. If you also struggle with Buntings, well, that's a problem. Come back tomorrow. 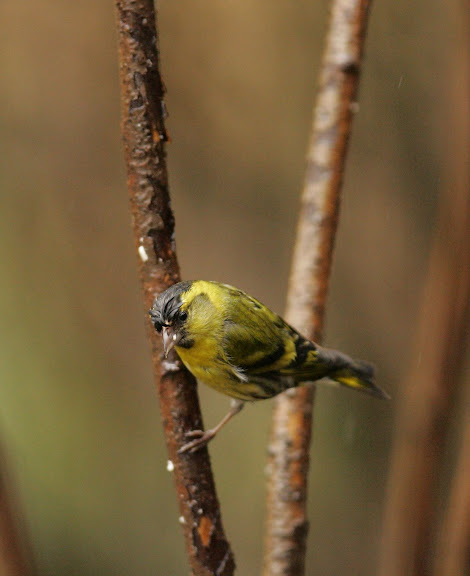 So, whilst our trip to Scotland was a family holiday, I also managed a short trip away, barely twenty-four hours in fact. Billed as father-son bonding, I have to say it was a great success. As you know, all my children have been brain-washed into liking birds. This is particularly true with Muffin, who, more than the other two, seems to be genuinely interested. Or he's just better at lying than the other two. I promised him a bird-filled adventure, with particular emphasis on raptors, his favourites.

We left after lunch on Tuesday, and by mid-afternoon he was looking at his first Osprey at Loch of the Lowes. He found this amazing, and as he whispered "Osprey" with a mixture of awe and surprise, I could only smile. I have no recollection of seeing my first Osprey as a kid, and indeed it is possible that I never in fact saw one, and that my first one was as recently as 2006 at Loch Leven. Reliving my childhood through my children? Never. We also saw a Red Squirrel here, and some of the tamest Siskin I have ever come across. I left the awestruck child with the Osprey, and had a bit of a play. 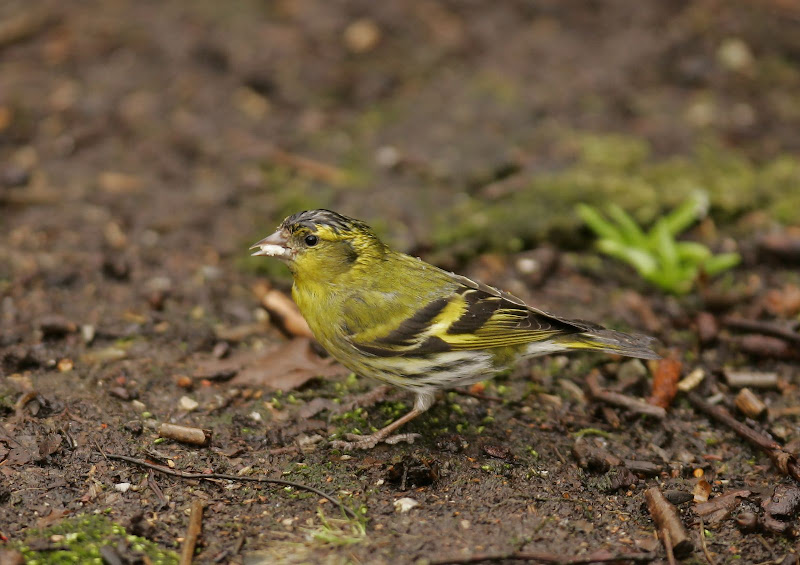 I won't go in to huge detail on what we saw when, how and so on, that would just be boring, much like repetitively posting Chaffinch pictures, but suffice it to say we cleaned up. We got Ptarmigan from Glenshee without leaving the car, and Muffin self-found two Black Grouse feeding in a tree in the Aviemore area. The following morning we got a stunning male Capercaillie at Loch Garten, an experience worthy of a post all of its own. In the Findhorn Valley we saw at least 3 Golden Eagles, including two in the same scope, Red Grouse on the Farr Road, and then a showy Crested Tit at Loch an Eilein. We didn't go looking for White-tailed Eagle, and bar that, the only thing we missed were Crossbills. In addition to all these "ticks", we saw 3 Peregrine, another 2 Osprey, 50+ Buzzards, a Sparrowhawk and 3 Kestrels. 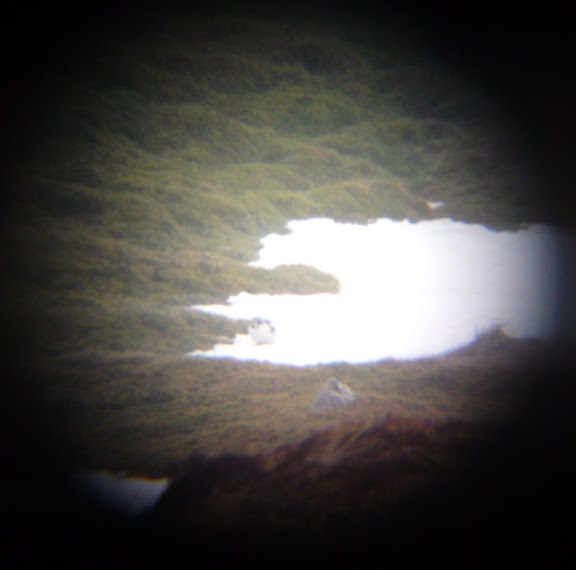 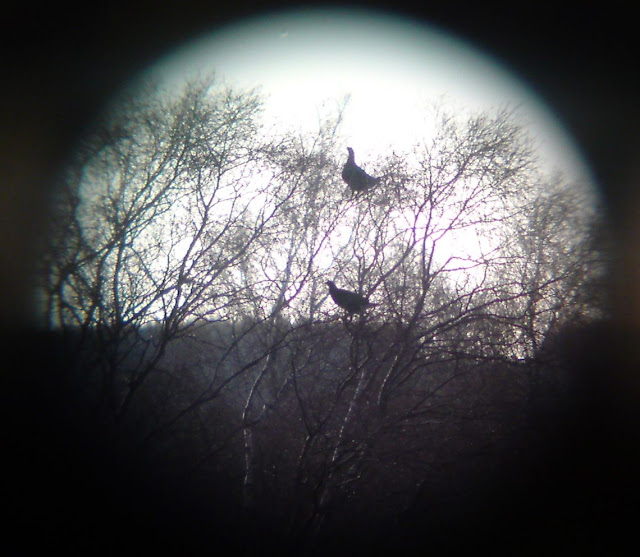 The best bit of the trip, both for him and for me, was when he found the Black Grouse. I had heard the rasping call, but couldn't find them. Then he said he thought he'd found them - just with bins. He gave me pretty good directions, and sure enough I soon had two Black Grouse in the scope. Are kids eyes simply incredible, or is there something else at play here? He was delighted, and this one moment may yet make him a birder. I don't think I have ever seen him so thrilled. 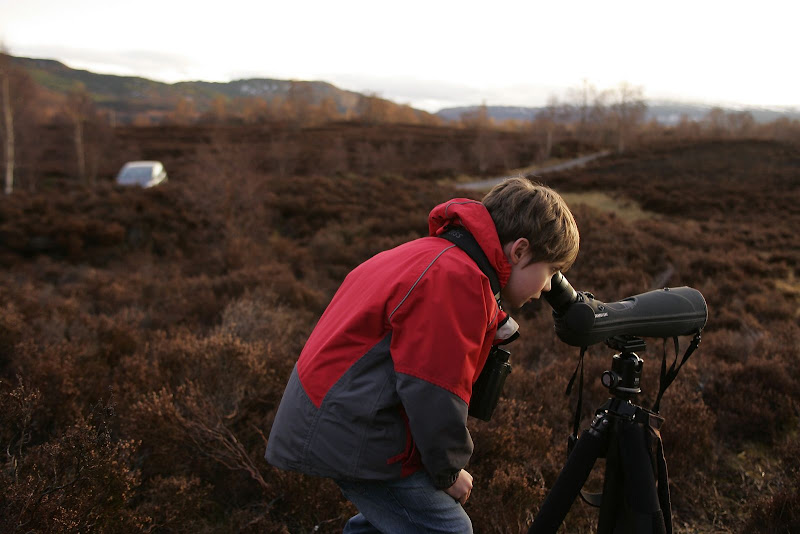 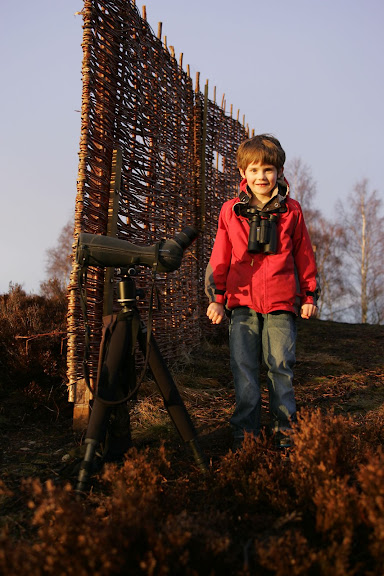 So what else? Well we had fish and chips for dinner, slept in the car in the middle of nowhere, got up at 5am for the RSPB Abernethy Mallard Watch (see what I mean about needing a separate post?), and had a marvellous time. We didn't talk about Lego once, but I did have to try and answer a lot of questions about Jupiter. When he gets to science at school he'll be ace at the nature stuff, but he may have some rather strange ideas about the laws of physics. 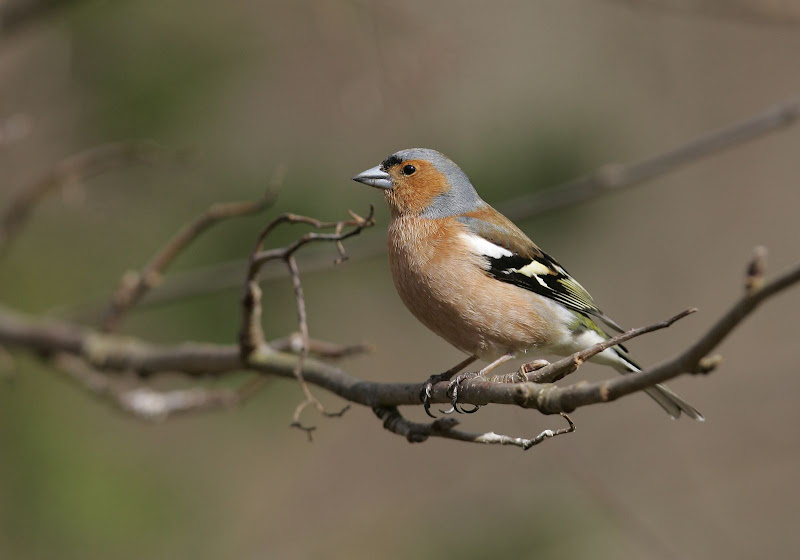 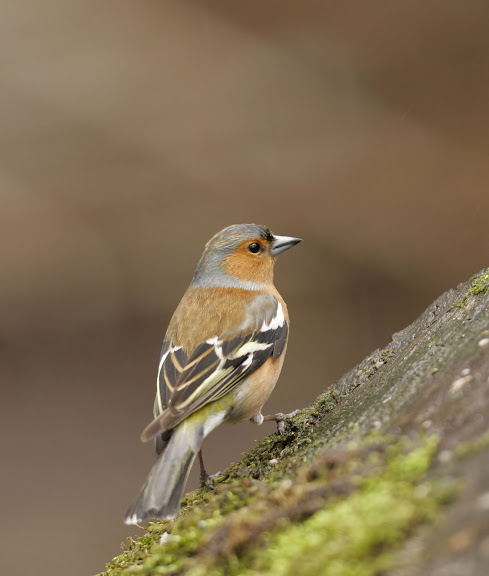 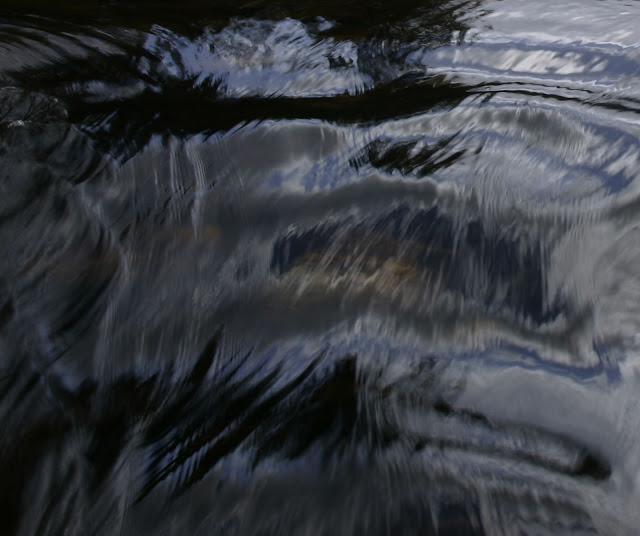 So, my poor child is now even more abnormal and geeky than he already was. I wonder how long before he rejects all of this as uncool and detrimental to his social standing? I reckon I've still got a few years left.

Posted by Jonathan Lethbridge at 21:30