The Early Worm gets the Bird

Out again at 5:30am, tell you what, I have been seriously dedicated these past few days. It paid off with a patch tick at 6am, a Shelduck flying roughly north-west. I am sure I have waxed lyrical about patch ticks before, but they are the best kind of tick there is. It's what it's all about. It was only a Shelduck, in the same way that the Dunlin was only a Dunlin, but a patch has the extraordinary ability to make the ordinary very special. I was out of the house within a minute and a half for that Dunlin. I literally dropped everything, bundled the children out of the house, and was on the spot in under five minutes. I suppose part of the extra enthusiasm must derive from the fact that the fix is only a very short distance away, thus no long trip in a car, and far less time during which the bird might do a runner. But you can't say that about the Shelduck, and it gave me just as much pleasure. Until I realised that the line it was on was likely to take it directly over my house....

Still, you can't have everything, and I was beyond pleased. Pleased as punch. Punching the air pleased in fact. A Shelduck!!. Perhaps not quite in the same league as Dunlin, but only really ever likely as a flyover, so the chances are slim. Sorry about the photo. As is habitual when something amazingly exciting happens, my neural pathways simply shut down. It was only when I had got over the shock that I remembered I was carrying several kilograms of camera, and mightn't it be a good idea to point it at something?

Although the morning was never likely to get much better, I did finally pin down the male Lesser Spotted Woodpecker in one of the copses on the Flats. I have heard it a few times, and had texts from fellow birders to say it was there, but always contrived to miss it. Today I rocked up and there it was in the morning light. I'll have some of that I thought. Naturally it then flew away to some distant trees. Hmmm. Luckily it came back a few minutes later. 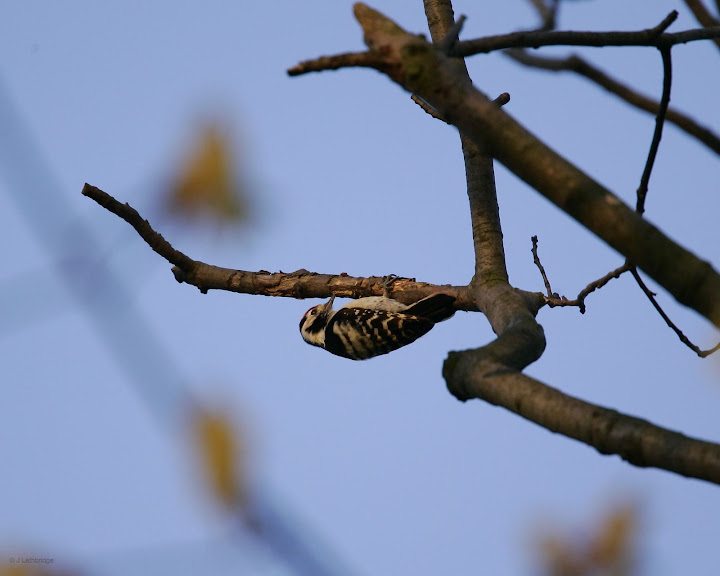 I'm now on 87 for the year here in Wanstead. I didn't get to 87 last year until the end of August, indeed at this point I was on 73. The site itself is on 96 - a measure of the excellent coverage that it is getting. There is a fairly dedicated band of observers, and between us we're doing a good job of bashing it this spring. The acid test is of course June. 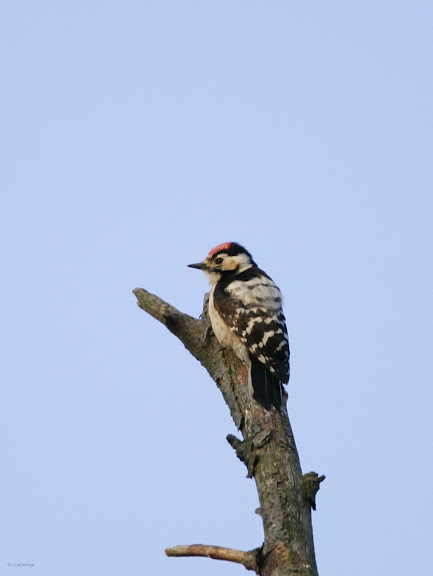 Posted by Jonathan Lethbridge at 16:17