Wanstead - there is lots to tell! 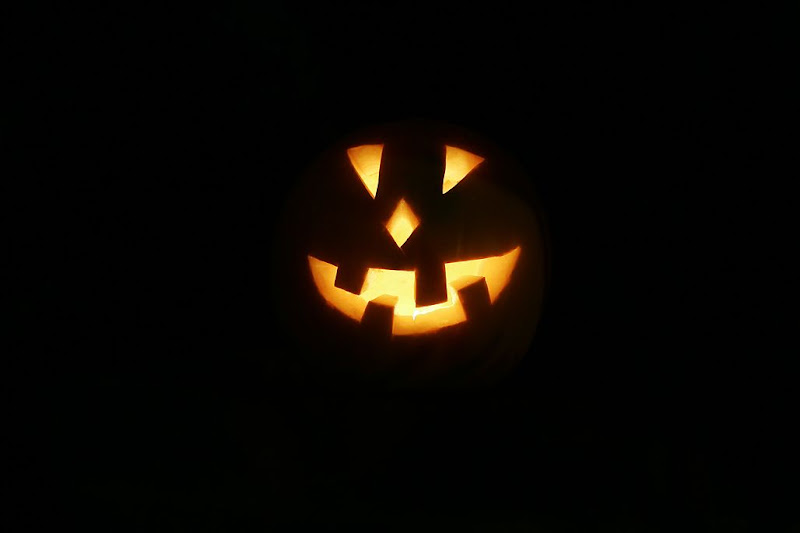 Since returning from Newcastle I have been grounded. No surprise there. But in all honestly I have enjoyed staying at home and not really going anywhere. It has been half term, Mrs L has been off, and the five of us have had a rather slow and cosy week. We've played cricket, been swimming, been to the park, had big family meals, done a lot of artwork of various types, and generally spent quality time together.

Not frantically twitching the length and breadth of the land has meant I have been conveniently close to the patch all week, and thus have actually been out. First the exciting news - I have had one and very nearly two patch ticks. This is a tale of satisfaction and frustration.

Frustration
Bush Wood, Tuesday. Muffin and I were about half-way around the wood. We had been looking unsuccessfully for Firecrest, but had instead found a few Goldcrests and approximately 8.231457 Great Tits. As we approached the large clearing with the dried-up pond, I heard a funny call, a thin yet relatively far-carrying pure "Pseeeee". "Eh? Wot's that?". A Pipit-shaped bird then flew over the clearing, called twice more, disappeared over the other side, and called again. "Pseeeee". Oh my god, that was a Red-throated Pipit! Having had my snout in a trough of feed at Longstone's the first time and thus missed it, I had made sure to get it in my head with repeated Ipod use late at night, in case another one went over. Towards the end of the week one did indeed go over at the airfield, and the experts I was with shouted immediately, allowing me to fully tune in and get a good ear-full. This bird, along with Yellow-browed and Richard's Pipit, are ones I reckon I can "do" now. And Mallard.

Thus my very first thought beyond "Flip!" (have been swearing too much of late) was Red-throated Pipit. I fumbled with my phone to play it again, and concluded that it was broadly similar. Surely that was it?! Panic set in. Sensibleness, caution and inexperienceic prevailed though, and I phoned some proper birders for advice and their thoughts on confusion species. Tree Pipit was suggested, but I know that one. Siskin was a good thought, but it wasn't that either. Could Wanstead really have produced a rarity? Sadly we will never know. A quick chat with the recorder, a nice chap called Roy, established that a fly-over heard by one inexperienced birder was unlikely to go very far, and that I would need to be 100% definite it was one. In a nice way obviously. I am not good enough to get to 100% definite. I know what I heard, and Red-throated Pipit is the obvious candidate, and it was soon enough after Scilly to still be in my head (and boy is it now!!), but ultimately I'm going to have to let it go. I put it out to RBA as a probable, fielded the inevitable questions from London Birders, and have left it that. Do they ever land?! Met Lee at Rainham a few days later and he pulled me up on it as well, wanting to know circumstances etc. He knows I've not much field experience, I tend not to hide it - "Robin! No, Chaffinch! Oh, no, Bumblebee!" - and he concluded by saying he didn't think there had ever been more than one in London. Cheers Lee, say what you think and all that, don't mind me! So there you go, the best bird I have ever found, and almost certainly the best ever in Wanstead, but as far as the official record goes, it didn't exist. Now of course I have a pile of listing dilemmas - do I put it on my personal list? Yes, I think I should, as in my own mind I am satisfied with what it was. Oh but hang on, then it won't match up with my official list. And what about the list on Bubo? Oh no, because that would then screw up my London list on there. Errr. Bugger.

Satisfaction
Yesterday (see, I have almost caught up) I had a text from Stuart as I drove back from Cambridge having picked up the kids from la grandmere. "Dartford Warbler near the model aircraft strip". Wow! This is one of the birds that I have long had in mind as a potential one for the Flats. Stuart is therefore a genius for finding one, and very close to where I had in mind as well. I was in situ an hour later, and soon had some great views of this charismatic warbler as it perched on top of the broom. Not much doubt about that one, so on it goes. I called all the local birders I could think of, and pretty soon Paul and Marco turned up. Paul, who has been birding here for years, says it is the first sighting he can recall. It was an adult male, and just a glorious bird to have here on the Flats, almost within sight of the house. This is species #98 (official - #99 unofficially...) for my Wanstead list, and a top target bagged. Next on the list is Yellow-legged Gull. Today I got a rare Great Black-backed Gull loafing on the playing fields, only my second in four years, so things are looking up.

In other news this week, there was a fab thrush passage a few days ago. Various comments from London birders about vast flocks of Redwings overnight had me up bright and early on the terrace, steaming mug of tea in hand and SLR on my shoulder. I wasn't disappointed, and within about five minutes both Redwing and Fieldfare irrevocably got on my garden list. They were generally in flocks in excess of 30, never a constant stream, but in a hour I must have had over 250 Redwing and 100 Fieldfare. Given that I usually have to chase these around the Flats, to be able to see more than ever before from (nearly) the comfort of my own home is pretty sweet. There were also quite a few large flocks of Woodpigeons, and good numbers of Greenfinch. Almost without exception, everything was going west. 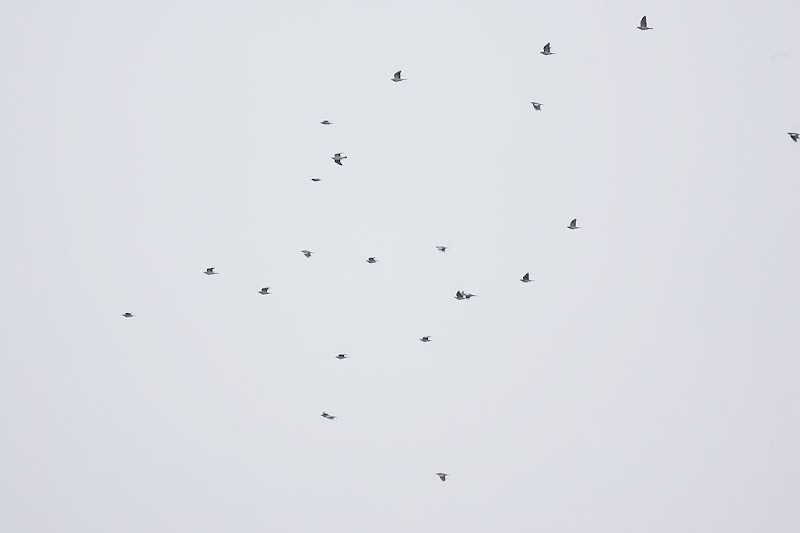 And finally, what about some Parakeet action? This morning I popped out for another look at the Dartford Warbler, but there was no sign by 8.30am. Whilst looking, a flock of 11 Ring-necked Parakeets flew over. Having been blown away by a flock of 5 Ring-necked Parakeets in the Park on Friday, by far the most I had ever seen at that point, I was astonished when a further 16 went over a little while later. Is this the vanguard? Is Wanstead the new Esher?

Posted by Jonathan Lethbridge at 12:50