An experiment this evening, in the shape of an ID challenge between parent and offspring, thoughtfully set up by the other parent and spouse. Who could identify the most birds from photographs? Given that Mrs L's reading list comprises various knitting tomes, and Thackeray's Vanity Fair (started in 2001, nearly there now!), whereas Muffin regularly peruses the Collins, the outcome was perhaps never in doubt, but I had hoped that being married to me for eight years might have counted for something.

Obviously this was not conducted under field conditions, where things might have been different, but I tried to be as neutral as possible and used a french language bird guide (160 common species) else they would both without question have cheated. Mrs L had the benefit of being vaguely able to read french, which, amongst others, gifted her Black Redstart (Rougequeue noir if you're interested), but I'll let that pass - she needs all the help she can get. On the other hand, Muffin had a chance at a few European birds that Mrs L wouldn't (and didn't) know from a bar of soap. I reckon the playing field is roughly level. 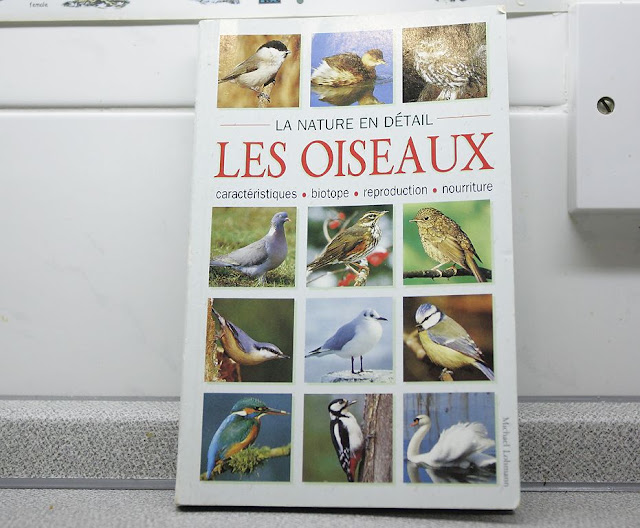 You've probably already guessed the result, but can you guess the margin?

Yes, an absolute caning from a five year old. She almost didn't go through with it, knowing not only that she would probably lose, but also that it was likely to be good blogging material.... Well done Mrs L for being such a good sport and taking some time out from knitting. And not cheating too much.

Anyway, so what does this prove? That I am the greatest father ever, but a lousy husband? Possibly, to at least one of those. That small children are highly maleable? Yup. That perhaps some element of my nerdiness has travelled down the gene line? A preposterous suggestion. He got Peregrine in about a two-tenths of a nanosecond. Mrs L read the latin....

Some highlights (and lowlights):

Muffin got Nutcracker.
He also separated Goshawk and Sparrowhawk on eye-colour. Jesus.
Mrs L recognised a Tree Pipit.
She failed to recognise a Hawfinch but did remark that it had a really really big beak.
Neither of them know what a Chiffchaff looks like.

Posted by Jonathan Lethbridge at 20:57