If you have been paying attention, you will have noticed some subtle changes to the numbers in the 'Lists' section over on the right. Yes that's right, the 'Wanstead ever' and 'Wanstead 2009' lists have each moved up by one, and the 'BOU 2009' has increased by one as well. Well done if you noticed. You must be a sad, obsessive kind of person, perhaps a birder, and almost certainly a bloke. If you didn't notice, give yourself a pat on the back. You are a normal healthy individual.

So what, you ask, has been happening, for it must be greatly exciting and I for one cannot wait to find out?! Well, it has been exciting. Let's start with Saturday. Actually, let's start with Friday night, as there was an almighty storm that blew over one of my bamboos and dumped loads of rain while it was at it. Prime conditions for something unexpected to arrive in Wanstead, and with that thought I hastened to bed to be up early to find it.

The next morning was horrible, windy and wet. I elected to stay inside, eat bacon and drink tea. Casually checking my phone at around 11am, I was somewhat displeased to see a text from Stuart that had arrived at 9:20am whilst I had been fecklessly slumming around downstairs not even dressed. "Female goldeneye on heronry pond", it read. Why am I so bloody lazy? Why oh why oh why? Bugger. Stuart is hardy, tough and dedicated. I am soft and indolent. I wrapped up and headed out there, it had to be done. The bird was still present, totally indifferent to the weather. Tick and run. Then I drove home again. Yes, that's right, I drove to my local park. Pathetic. 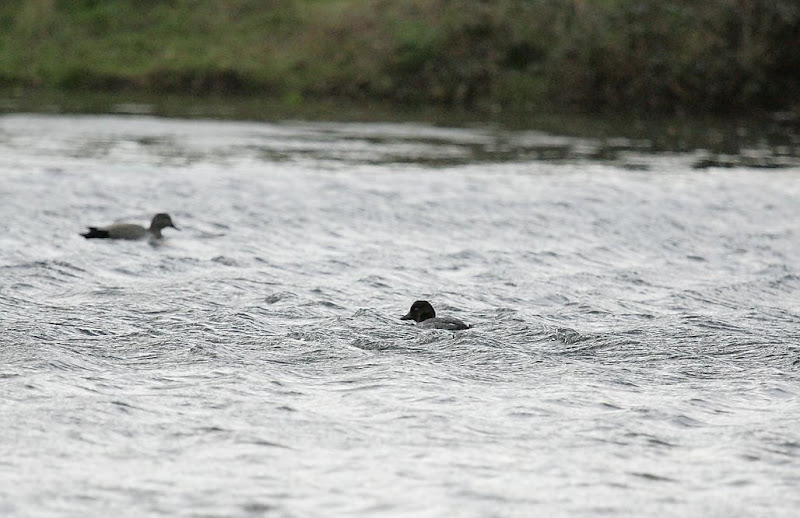 Once home again, I berated myself at length for being so useless, and made some more tea. This must have had some impact, as on Sunday morning I managed to get out by 8:45, a mere hour and a half after first light. I did a full circuit of the Park, mainly for the purpose of taking photos for the Wanstead Park tour, but half in the hope of picking up something good. No chance, the best I got was a group of Fieldfare in the Old Sewage Work hedge. Still, it was a lovely morning, calm and with blue sky. I bumped into Stuart near Heronry, who had been unsucessfully looking for the Treecreeper in Reservoir Wood. I found that Treecreeper. Me! He told me that Paul was also in Reservoir wood, and so while he headed off for a mug of tea at the Tea Hut of Happiness, I headed over there to say hello, and also to look for the Firecrest that Stuart (yes, Stuart) had found last week. 200 yards from Reservoir Wood I got a text from Tim, in Reservoir Wood, to say that there was no sign of any Firecrests. 100 yards from Reservoir Wood, Tim called to say he was looking at a Firecrest! I quickened my pace, and soon found Tim and another birder I'd not met before called Nick looking at an empty holly bush. Despite a bit of searching none of us could relocate it, but the positive news is that it is still there and probably will be for some time. On an even more positive note, there were five birders in the Park on Sunday morning. This is amazing news. I think success breeds success, and encourages more people to get out there. Stuart has been at the forefront of the bird-finding this year, my input has been more modest (bar this blog devoted exclusively to Wanstead of course), and the goodies seem to be racking up at a rate of knots (not C canutus...). As you have seen in the recent "Map" posts, it is a vast area and deserving of much more coverage.

Just as it was going so well, my phone went. It was Bradders. I had been so into my patch that I hadn't checked the pager all morning. Spotted Sandpiper at Abberton, and he had precise directions from the finder! Tim's ears pricked up. And then there was one....

Yes, Tim and I shamefully abandoned the Firecrest, Nick, and the patch, and hurried off to fetch scopes, a car, and an OS map of Essex. Turns out Tim is something of a twitcher, and a year-lister to boot! He had kept it very quiet, but the secret is out - at least 14 people may now know! An hour and a small amount of EWT-approved fence-hopping later and we connected with ease. A very smart bird, # 313 for the year, only the second I have seen, and an Essex tick for good measure (#218 if you're counting, which I am). 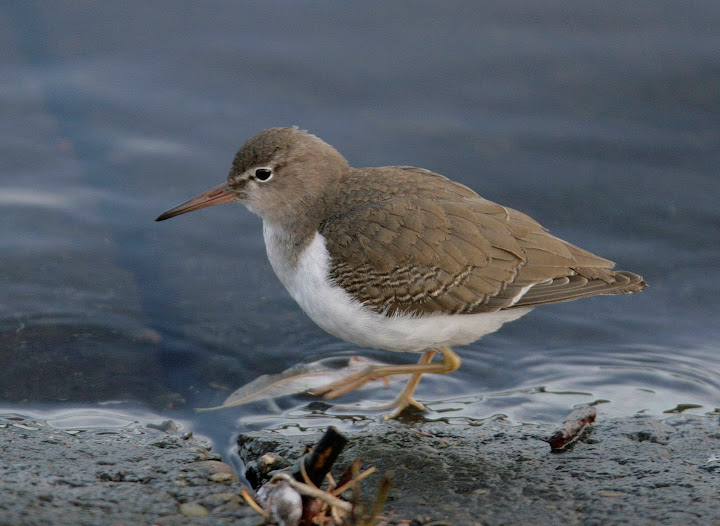 Dear Shaunboy, this is the one I saw last year. Yesterday's one was too flighty to get a photo of, but I didn't want you to miss out.

Posted by Jonathan Lethbridge at 15:58