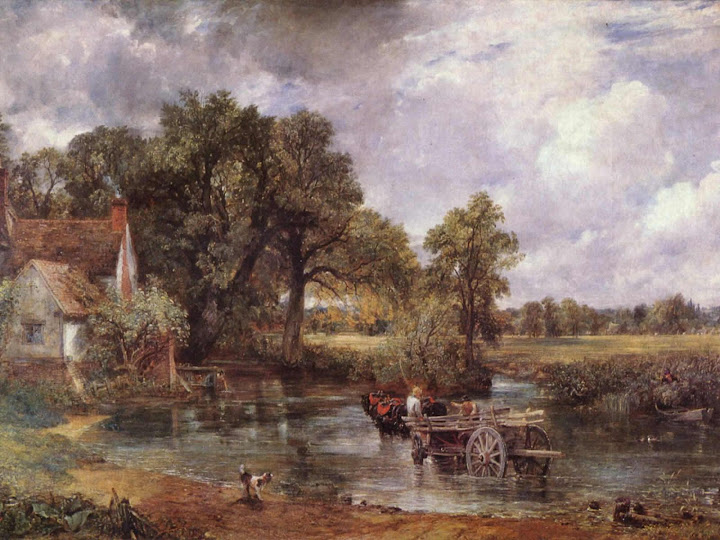 We came off the Scillies on Thursday morning and had a quick go at Nanquidno. This produced a Richard's Pipit found by DB which called quite a lot and then plonked into a field and wasn't seen again, and later a reasonably showy Yellow-browed Warbler near Nanjulian Mill. True to form, the caring and thoughtful dog-owners of Cornwall had left a gift on the path, and so whilst I was attempting to nab a photo of the warbler I became aware of a rather nasty, shitty kind of smell. Scum. When you think of Cornwall and the Cornish, the vision you likely conjure up is one of a rolling green landscape, populated by pleasant country-folk. Warm, friendly, welcoming, bucolic. Unsophisticated perhaps, but kind and well-meaning. The kind of people who enjoy country fayres, ale, and dancing around the May Pole. Let me tell you, this is a myth. The driver of Constable's Hay Wain, though you can't see it in the painting, is in fact shouting obscenities at the lady in the boat. The chap in the back is chucking stones at the dog (which has just laid a turd - note nobody in the scene makes any attempt to clean it up). And the lady on the bank is drowning a kitten. They are three of the most objectionable and foul people you are ever likely to meet, and yet the painting comes across as idyllic. Why Constable became famous is a mystery. Many people believe it depicts a scene in Suffolk. Wrong, it's actually St Levan. And nothing has changed in the past 188 years. An old sour-puss still resides there, near the Church, and patrols the "car park" where the fee is £2 per car to park in a field for a few minutes. We met her a few hours before we flew to Scilly, as a Wryneck had been reported from the churchyard. "And how many cars 'ave you lot got?" was her friendly greeting, before striding past us and up the hill. Presumably she was off to take her dog for a walk down Nanquidno. Welcome to Cornwall.

Where was I? Ah yes, whilst cleaning my boot off, the Yellow-browed perched up, and then zoomed off down the hedgeline. I was so distracted I failed miserably to get any shots of it at all, and so we left. We had superb pasties from McFadden's in St Just, but one quality butchers shop cannot make up for the wrongdoings of an entire people. Later on, at Church Cove on the Lizard (the current Green/ish Warbler site), a local birder all but told us to Fuck Off. Nice. Londoners may get a bad rap, but let me tell you, when (or more likely if) anyone comes to visit my patch, or I encounter a visitor to one of the other local sites I bird, they'd get a stack load of useful info and help from me, and likewise from everyone else I know. As far as I can tell, the Cornish would ideally like you to drive to the Devon border, throw all your money in a westerly direction, and then turn around again and sod off back to wherever you came from. I am not impressed. No doubt there are some nice ones, but I'm increasingly irascible, and in a tarring kind of mood. They are, to a man, miserable bastards.

Anyway, to the detour. Bradders and I had thankfully left Cornwall and had arrived in Devon where we called a halt to birding proceedings. I like Devon, and in particular I like the Oxenham Arms in South Zeal. Back at the soul-less Travelodge near Okehampton, content, full of steak and beer (and probably still some pasty), I was tucked up in bed thinking warm thoughts about returning to the bosom of my family the following afternoon, when the pager made the noise I had been dreading all day. The MEGA alert noise. Like the horrible screech of a harpy. "Check the pager! Check the pager!" came DB's excited shout from bathroom. I did, hoping beyond hope it was something he had seen before, and was on St Kilda. No such luck. South Shields, Tyneside, and an Eastern Crowed Warbler, a first for Britain. Nooooooooo!
Attempting to persuade Bradders that we should just go home would have been about as likely to succeed as persuading a Cornish dog-owner to carry a selection of small plastic bags around, so I didn't fight it. Although the mere thought of twitching the Northeast from the Southwest filled me with horror, the alarm was duly set for 4:45am. We were in the car by 5, and only six and a bit bottom-numbing hours later we were there! 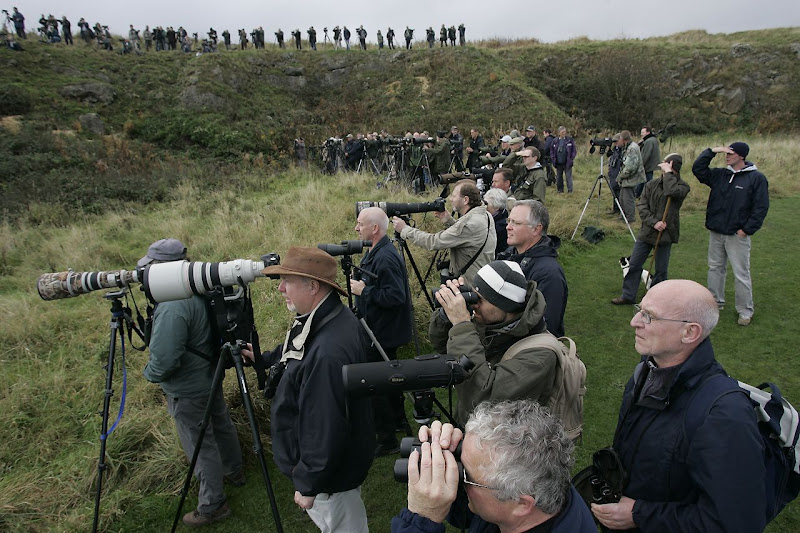 The bird showed well, and I suppose it was pretty exciting being in on a first for Britain, but I actually wanted to be at home. I wonder if Mrs L will read this? Hope so. Anyhow, there were a lot of people there, and a festive atmosphere prevailed, despite the fact that many of those present had severe colds and coughs, or had suffered various debilitating accidents the previous evening. But we all saw it, and a little beauty it was too. Writing this, over a week later, I'm really glad I went and that I saw it, but at the time, twitching South Shields from west of Exeter seemed like lunacy - 700 miles and thirteen hours in the car for a small stripey bird? Nah, no thanks! Still, on the list as they say, and I may yet drop the charges of unlawful imprisonment. 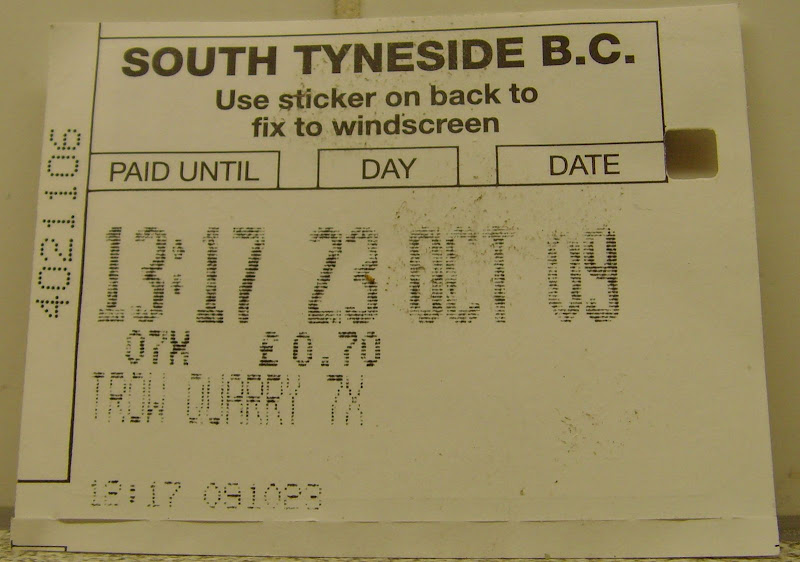 No I didn't get a picture of it

Posted by Jonathan Lethbridge at 20:45