The last day. The promising weather front had delivered nothing. Or nothing that had been found anyway. I was at a bit of a loss as to what to do, where to go. One look at the heaving sea convinced me that I was staying on St Mary's, which meant more plodding round the same places I had plodded all week. I hadn't lost the will to live exactly, but I was a little fed up of wandering round and seeing the same things again and again. I decided to concentrate on photography - the week of trekking had shown me where the best opportunities lay. Top choice was Carreg Dhu gardens, where a pair of Blackbirds and a Song Thrush were so tame they would feed from your hand, and the Dunnocks would hop around and peck up the crumbs. 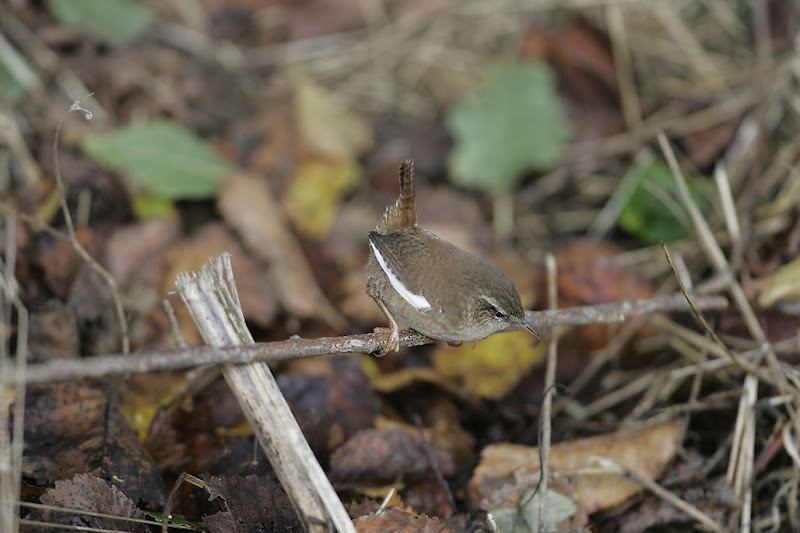 Got up there pretty quickly after photographing a funny Wren with white wings in the oak grove on the way, as well as a Spotted Flycatcher. I had the whole place to myself for almost two hours, and was conveniently close to Longstones if famine set in. I got out the trusty white and set to work. It wasn't long before the birds had appeared and I had a great time - took way too many, but that is the magic if digital - they cost nothing. A lot of the time I was forced to back away, particularly with the Song Thrush, who was amazingly forthright in demanding bread. 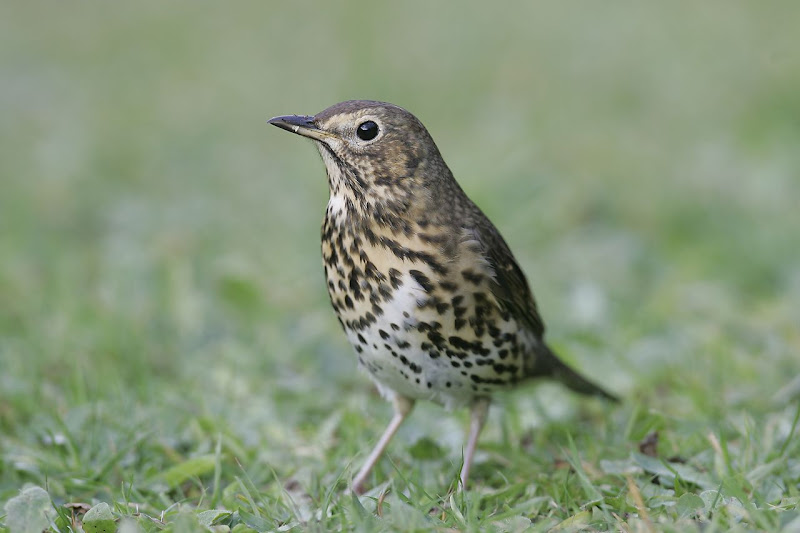 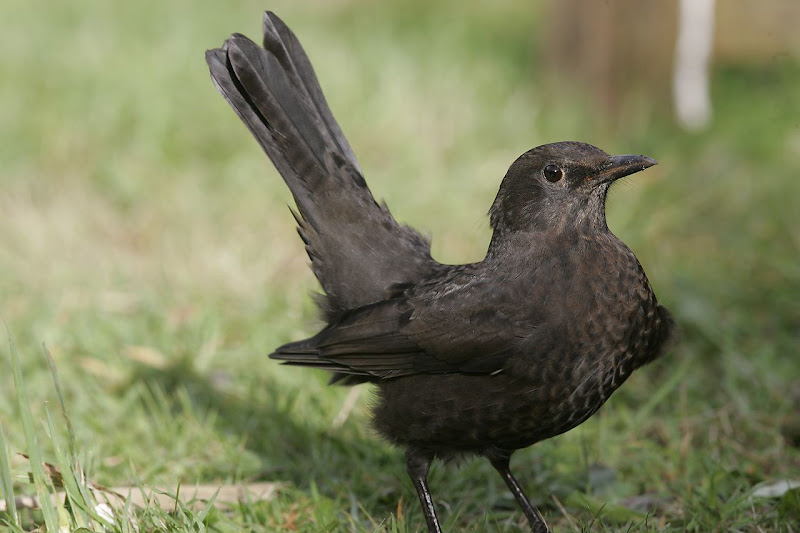 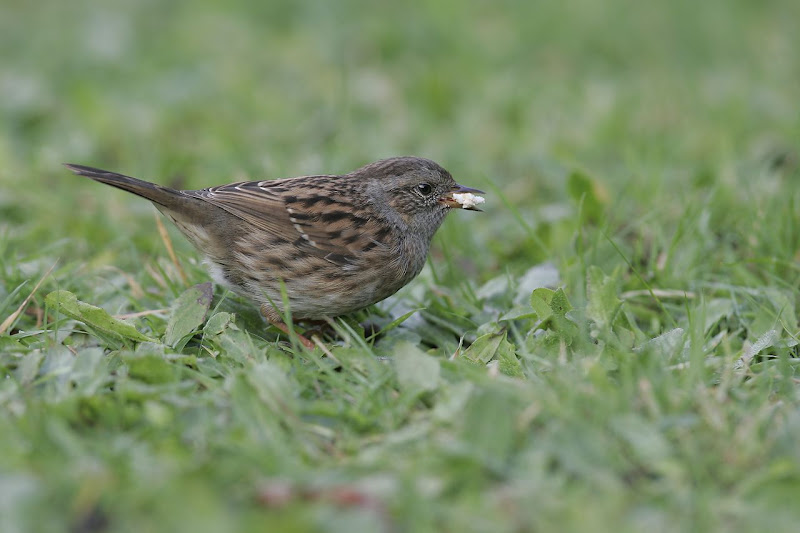 Heavy rain put an end to the photography session, so I retreated to Longstones for coffee and cake. Other members of the gang found me there, no idea how they knew where to look, and we had a bit of an editing session before continuing on our way. Holy Vale the next stop for some apparently showy Firecrests. I can't disagree. 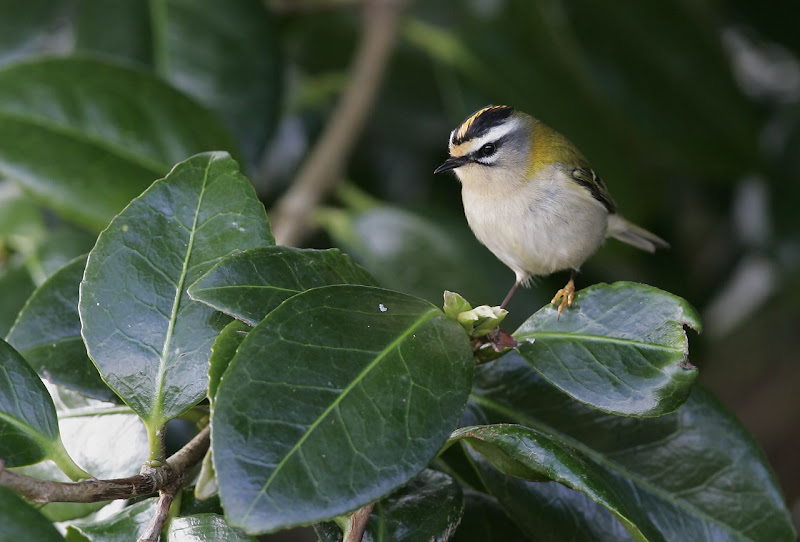 What a little stunner!

And that was basically that. We flew off the next morning just before a Great White Egret arrived, but the islands remained quiet for the rest of the week. I look back on it as a great trip - a proper holiday in good company. OK, so it didn't deliver birds up to its usual standards, but those standards are particularly high. I saw enough semi-scare birds to keep me happy, although when you think it was a week of solid birding, it seems somewhat lean. A beautiful archipelago that I hope to revisit.

I have thus far forgotten to mention two Scilly institutions that I was lucky enough to experience. The first is the Log; the nightly roll-call of birds people have seen. Basically an important man stands with a clipboard and microphone and goes through the systematic list asking for counts from the assembled birders, and then writes them down. People attempt to outdo each other with counts of common birds. Some take it seriously, others less so. I had heard stories of a raucous affair, but it seemed fairly subdued to me, and there were perhaps only 80 people present. This is where I proudly called out my heard-only Yellow-browed from St Martin's, and where the following day somebody else confirmed it from the same location, pleasing me no end. Nobody batted an eyelid for that bird, a long-distance Siberian migrant, but I got a very quizzical glance from Will Wagstaff when I announced my Kingfisher from Lower Moors a couple of days later. He may have written it down, or he may have just done a doodle, not sure.

The second Scillonian rite of passage is the Porthcressa "nightclub" on a Friday night. At 11pm you hand over £3 and are allowed down some narrow stairs. The smell of permanently damp carpet hits you about half way down, and for the first 10 minutes your nose constantly wrankles as the foul air penetrates, but after that you get used to it. Beyond the terrible smell, the first thing you realise is that it is so dark you can barely see. Then you notice that other than the barman, you are the only people present. Nobody else comes down the stairs at all. For at least the first 45 minutes, nothing changes. You are alone, in a dank hole. A cave with speakers. Then in the space of ten minutes the place fills up. A trickle at first, then a deluge, and by five to midnight, the place is heaving. At midnight, the bar closes. I'm not sure they have thought this whole club thing through. A mad scrum for more beer briefly ensues, but it is all over, and the shutters come down. So instead people start dancing. People like Monkey....

Posted by Jonathan Lethbridge at 17:22