That went fast didn't it? Wow! I know it has been said that every year is getting shorter, never seem to find the time, and so on, but the first three-quarters of this one have gone like lightning. It only seems like a few years ago that we were all celebrating the new Millenium, but in fact it is almost ten years ago. You can mostly chart the years by the bad things that happen, somehow these events remain the ones that are easist to recall; The London Tube bombings were four years ago - I was on the tube that morning, and remember it very well. Ian Huntley killed those two little girls in Soham seven years ago, and the attack on the Twin Towers was eight years ago. As a kid I remember being in the middle of decorating a Christmas Tree when the TV was interrupted by a news-flash of the Lockerbie bombing. That was almost twenty-one years ago. On the way to Somerset last weekend we passed signs for Hungerford. That was twenty-two years ago. Moving away from the nasty stuff, last night I realised that Muffin was almost six. Six?! Where do the years go?! Time seems constantly to accelerate. 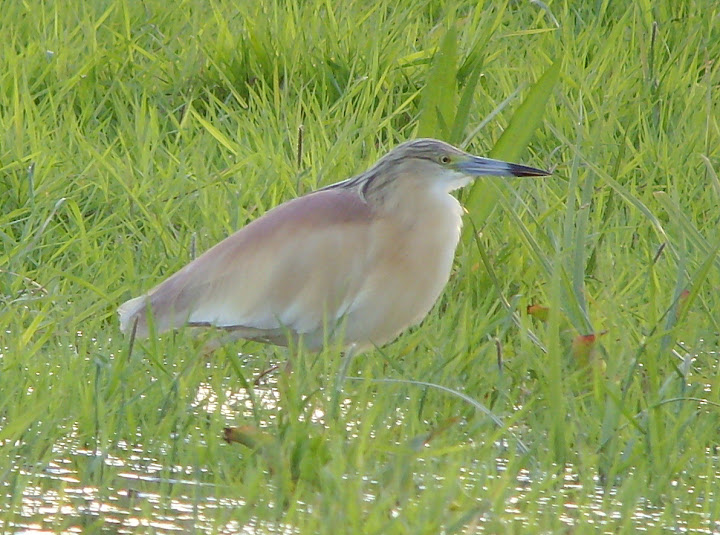 As a birder, you remember the significant birds. I remember a quick dash after work to see a Squacco Heron south of the river. As I was looking at the bird, a wild-eyed and sweaty birder ran up to the viewing screen in a suit. He was a bundle of nerves, barely managing to hold it together. "Is it still here???!!! Waaaaaahh!!!" That was two years ago now, and I've not seen one since, so maybe his anxiety was justified. On another evening I remember desperately trying to find Harrow Lodge Park, finally getting there on the cusp of darkness to see a Ferruginous Duck in the gloom. That was two and a half years ago. For some reason I'm acutely aware of vanishing autumns - only another five until I'm 40 for instance. Fifteen until I'm 50... so I have to make each and every one of them count. Which brings me to this September. Where did it go exactly? Sitting here on the 1st of October, following two straight weeks of innocuous weather on the birding front, it feels like September was a dud, and that nothing happened. But that is because I am looking ahead already. In truth the last two days of August and the first week of September were stupendous - Fea's Petrel, Citrine Wagtail, Blue-winged Teal, Arctic Warbler, Ortolan Bunting, Alpine Swift and Pallid Harrier in the space of nine days, followed by Fan-tailed Warbler on the tenth. But since then it has been somewhat slow. And here is the problem - Autumn goes so quickly that if two weeks pass without suitable weather, many birders, myself included, view this as a nothing short of total disaster. Forget the rest of the year and how good it has been, it is always about the next few days. In short, it seems that without a constant stream of scarcities and rarities, birders are never satisfied. They are always looking to the future, to the next tick. Never their minds on where they are, what they are doing. Tick. Heh! List. Heh! A birder craves not these things...

I should be looking back and savouring the incredible moments and birds I have already witnessed this year. I should be reliving in my mind that stunning morning on the Flats which produced all those Whinchats, marvelling at the sheer magic of all those migrant birds somehow being deposited, all together, in Wanstead whilst in the middle of a 4,000 mile journey to sub-saharan Africa. Or if we pretend for a moment that I am not a patch-birder, but instead some kind of lunatic twitcher, that awesome ten-day period at the end of August and beginning of September.

Birds and birding moments, seem, for me at least, to have an incredibly powerful ability to transport me back to particular places and particular times. I can remember very clearly being sat in a hide at Vane Farm in Perthshire many years ago, wondering with Mrs L what that funny bird brown bird with a black and white head was, sat in the reeds in front on of us. We kept going through the field guide and not finding it. It took an age to finally realise there were some buntings at the back of the book. And the first Sedge Warbler I can remember seeing was at Loch Gruinart on Islay in 2003, sat on a fence-post. I took slide after slide of it, even though it was a dot. Recalling this one seemingly innocuous bird helps piece together the entire week we spent on the island, what we did, where we went, and which distilleries we visited. Actually that last one is easy - we went to all of them. 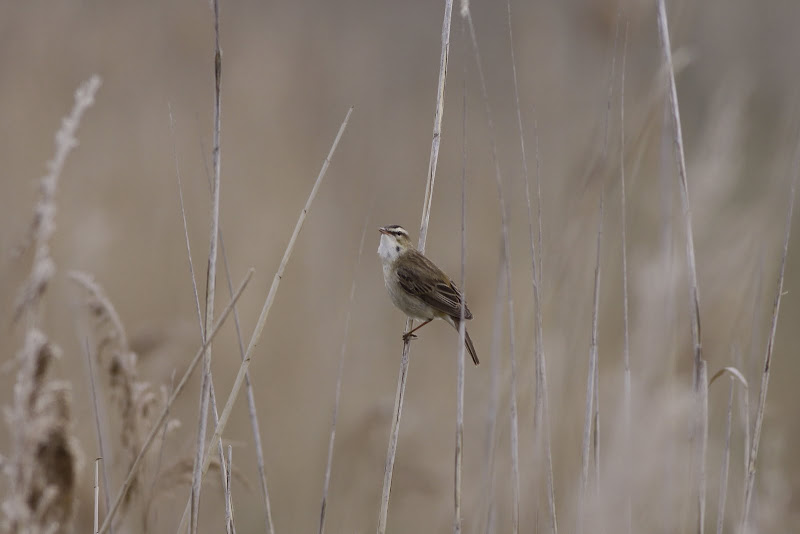 What I need to do is to forget about the next tick (which would be #296), the next rare bird (perhaps #331 for the life list). Savour each day as it comes (cleaned the cooker this afternoon), and enjoy the birds for what they are (saw nothing today).
Posted by Jonathan Lethbridge at 16:42