How to dip properly 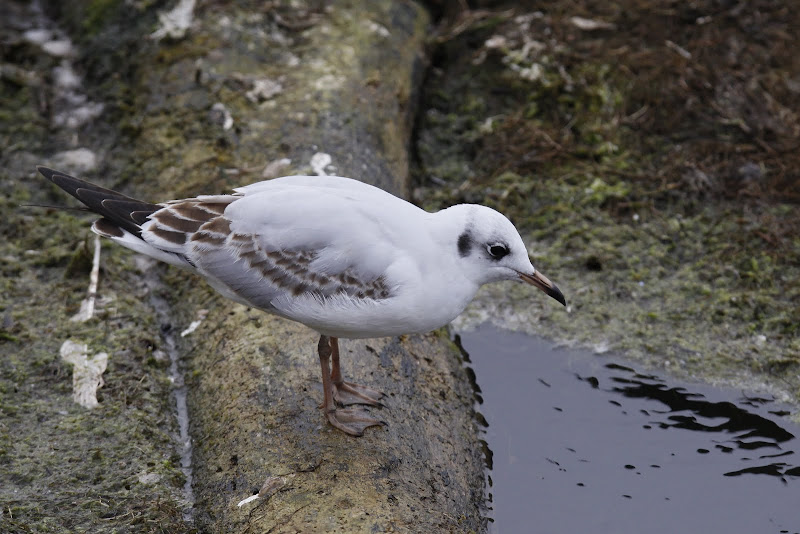 This BH Gull was dipping. Quite productively actually.

How to dip foolishly

1) Turn up at the site the bird has been reported from some time previously.
2) Ensure you have no local knowledge whatsoever.
3) Stand around twiddling your thumbs where there are obviously no birds.
4) Make no attempt to go and look where birds obviously are.

Follow these four simple steps and you should easily dip most things you go for if they have moved more than about 50 metres from where they were first seen.

How to dip properly

1) As above...
2) ...but having done some research, you know, like printing a map of the area, noting tide times if applicable, contacting a few locals beforehand, generally genius things like that.
3) If you can't see 'the bird', or indeed many birds at all, from the previously reported location, leave and check out other likely spots.
4) For instance, if you can see a very distant flock of small waders, and the bird you are looking for is a small wader, work out where you can better see them from and GO THERE.

To cut a long story short, Bradders and I dipped a Semi-p(almated Sandpiper) at the weekend. But we gave it a bloody good go, and whilst ultimately we ended up disappointed, we felt we had given it our best shot, and that it simply wasn't there any more. When dipping, especially after 360 miles and 6 hours spent trudging over inter-tidal salt marsh, it is important to have something to vent your frustrations on. Luckily Avon provided this in spades, as we met useless birder after useless birder. No idea. They were able to get in a car and find where the bird had been, but when it wasn't there, that was it, they just gave up. Even though you could very obviously see a group of distant waders from the original site, not one person there thought of trying to get closer to them to see what they were. Hello? Is anyone there? It was pitiful. One of them ended up following us around. I mean, how little inspiration must you have if you think following me around is a good plan? You wonder how these people get life lists exceeding about 85. I won't bore you with the details of where we went, which bit of estuary and so forth, suffice it say we encountered numpty after numpty (although not wearing hats...), none of whom had the faintest clue how to actually LOOK FOR A BIRD. No, that is not the way it works. The bird is there, in front of you when you arrive. Somebody tells you where to point your scope (generally considered important for grilling waders, but amazingly one guy we met hadn't brought one), eventually, one presumes, you manage to get on it, you tick it, and you go home happy. Plan B? Forget it.

The day wasn't a complete wash-out. We did at least see the juvenile Long-billed Dowitcher at Chew Valley Lake before wasting six hours on the Severn Estuary. We arrived in heavy fog, a portent of things to come perhaps, but it soon lifted enough to easily pick out the Dowitcher feeding with Snipe, relatively close in. This is only the second one I have ever seen, so this justifies the mileage in itself. The Semi-p would just have been a bonus. Ahem. 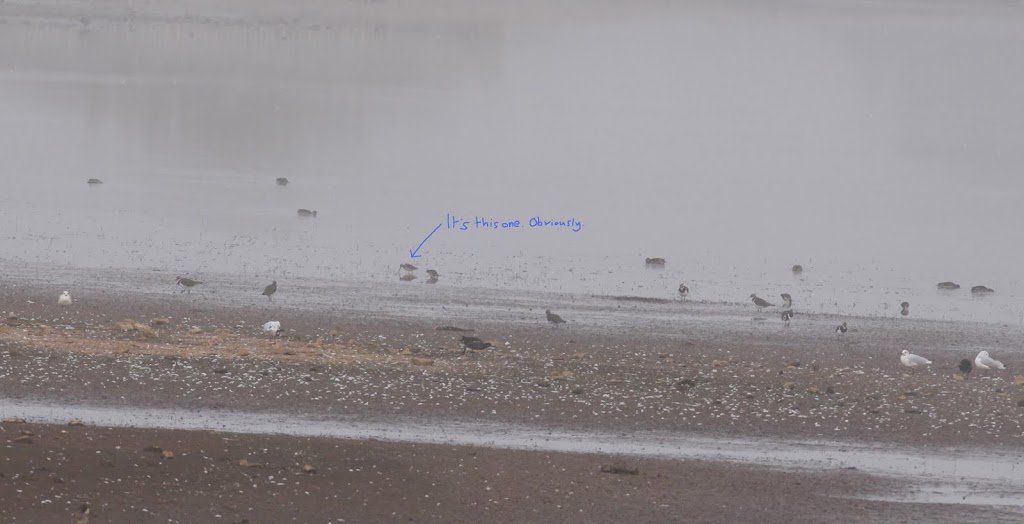 So that was #295. Today I tried to up that to 296, but instead ended up dipping - a Wryneck at Holland Haven. This getting to 300 lark is becoming irritating. Perhaps I should move from BOU to UK400, as I'm actually on 301 using that species list. If I fork out £2.50, Lee will give me a certificate for my uber-valiant effort. I might just do it for Mrs L, as a reminder of 2009.

Posted by Jonathan Lethbridge at 22:21