In which, unbelievably, I go twitching

It has been fairly quiet since the dramatic fall of migrants at the weekend. Dedicated patch-birder that he is, Stuart has been out a couple of times and bagged another Tree Pipit and Redstart, as well as a Turtle Dove. I went out on Monday and found a very obliging Spotted Flycatcher to show Muffin. Having said we were off out to find Flycatchers, which are pretty few and far between in Wanstead, I confess to feeling a little smug when we actually found one. Muffin was of course amazed - I am now the greatest rarity-finder in the country as far as he is concerned. He is looking forward to finding a Bee-eater next. 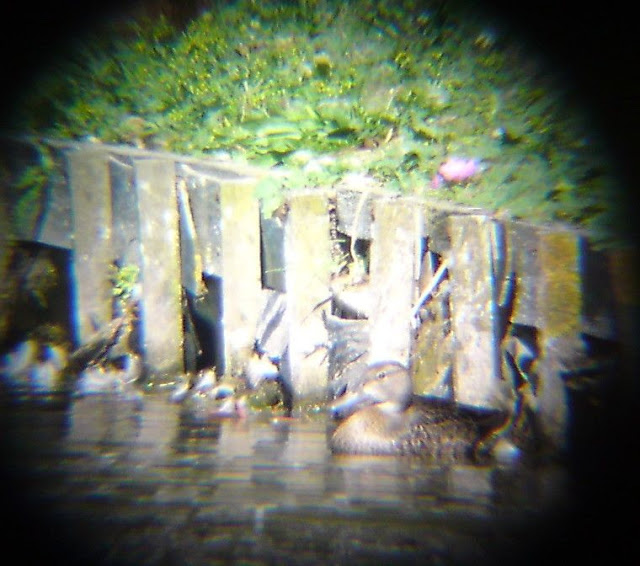 Phone-scoping. Only very slightly better than nothing.

That was my sole visit to the patch this week, which is pretty poor. Largely I have been at home, earning Brownie Points in preparation for Autumn. Or possibly attempting to make up for two trips to Cornwall in ten days, followed by an afternoon in Hampshire for a Blue-winged Teal almost as soon as I got back. I'll let you decide which is the more likely. At any rate, our house has been a hive of activity. Today alone has seen a shopping trip, three loads of washing, the bin emptied, and the cleaning of the downstairs toilet. The entire ground floor, including the porch, has been hoovered, the table in the hall dusted, and our immense hat and glove pile sorted out. Yesterday morning, prior to a highly successful Arctic Warbler twitch, I damp-dusted (!) all the window-sills upstairs, as well as our dresser. And even more spectacularly than this, upon returning from Cornwall well past midnight and finding the front room looking like the Swat Valley, I tidied that up before going to bed. Mrs L was stunned when she came downstairs in the morning to find herself in a veritable Garden of Eden. Will it be enough? Doubt it - I am also considering going up to Norfolk on Saturday morning for yet another sea-watch - good chance of Sabs or Long-tailed Skua given the wind forecast. This will burn yet more BPs I probably don't have, but if I'm to get to 300, these are the bread and butter ticks I need. Ho hum. 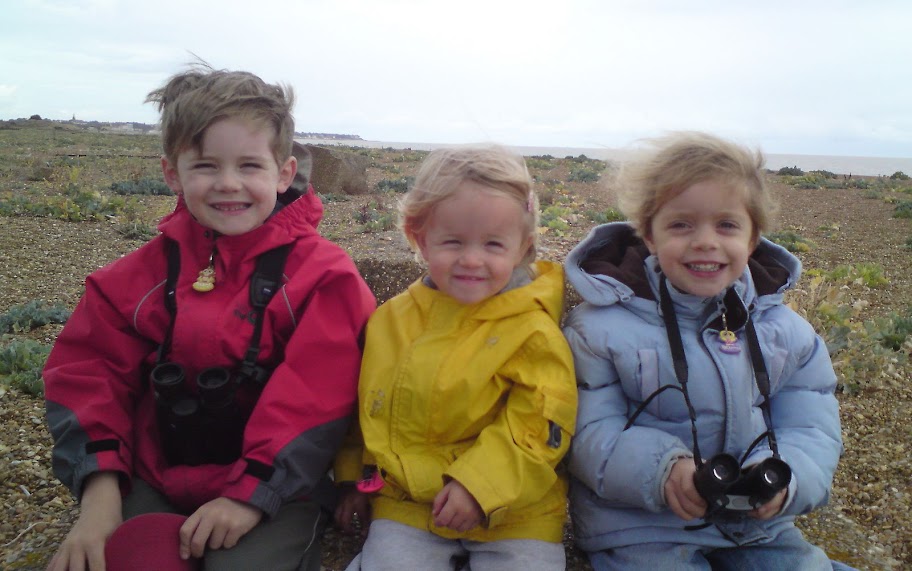 I bumped into Dick at Landguard. He had waited patiently for over two hours for the Arctic Warbler to show. He called me a jammy so-and-so for getting Fea's, and the kids learned a new word. He also suggested that, being a jammy so-and-so, I would probably get the warbler immediately, and indeed this is exactly what happened. I carried on down the path for a bit, abandoned the buggy near the crowd, and got straight onto it as it consumed a monumentally large insect on a horizontal branch in full view of all observers. Muffin came over and got it as well, Pie pretended to see it to make me happy, and then we went and had a look at the sea, ate bananas, collected pebbles, and played on WW2-era concrete things. On the way back we encountered a huge jam on the A12. Knowing that the Monkey and Hawky were on their way, I gave them a bell to suggest they navigate around it. They tried, but failed, which must have been very irritating for them. Still, Monkey can't really complain, he has had a stonking few days. Just not quite as stonking as mine. 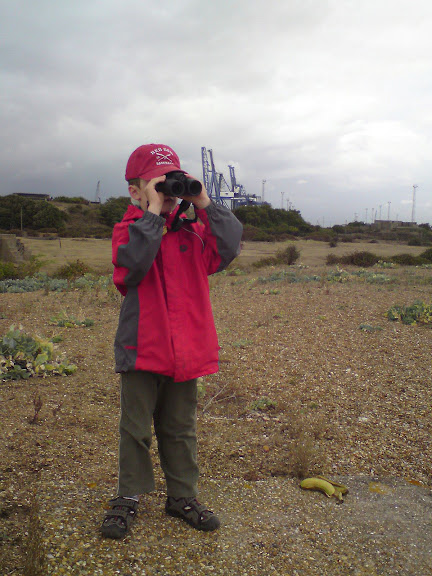 I take my kids to all the nicest places.

Posted by Jonathan Lethbridge at 16:44