My eye hurts. It is actually throbbing a bit. This is because for over 7 hours on Sunday it was pointing down an eyepiece, which in turn, was pointed at the sea. You're probably thinking that this post isn't going to contain a great deal of Wanstead. You're right. You see, Wanstead is not particularly noted for its Sabine's Gull records, whereas Norfolk is, and seeing as the wind was coming strongly and directly from the north, I felt I stood a better chance of Sabs and various Petrel sp at Sheringham, rather than from the shore of Alexandra Lake on the Flats. In the event, this proved a sage decision, as two very smart Sabine's Gulls and three Leach's Storm Petrels went east past Sheringham, whereas, to my knowledge, Wanstead remained a seabird-free zone all day.

As has been warned, I am becoming addicted to sea-watching. When I started birding, and read about this thing called sea-watching, I couldn't believe that people would willingly go out of their way to do it. "Pah!", I thought, "How ridiculous!" Then I tried it, off Sheringham as it happens. The first couple of times were not addictive, nothing of the sort in fact. As I watched speck after unidentifiable speck flit across the waves, whilst the people next to me confidently shouted out "Manxie going left at twelve o'clock, Bonxie going right just over the horizon!" I felt that this was an activity in which I had no place. But I went a few more times over the next couple of autumns, and gradually things are starting to fall into place. I'm still rubbish of course, that goes without saying, but I am mostly getting the families right now, and if a bird comes extremely close, and I have seen enough of them before, then sometimes I can actually ID one to species level. "Gannet going right, 50 yards, straight out!". I am very popular in sea-watching hides. 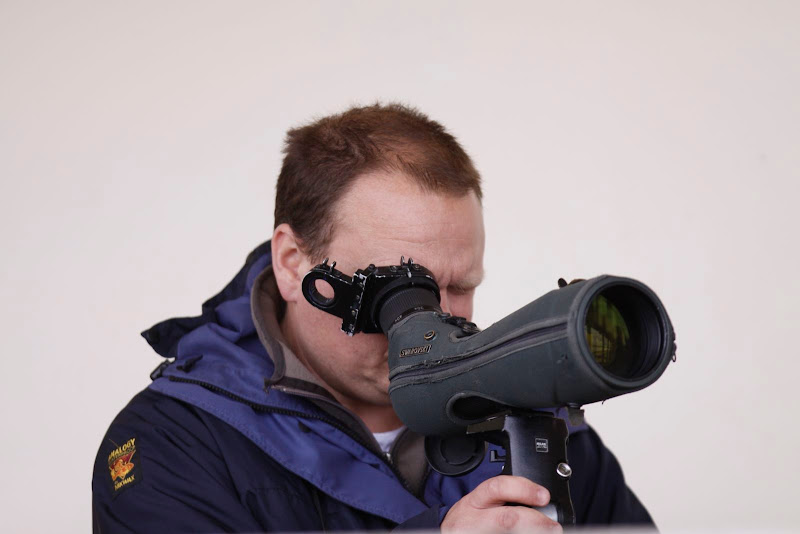 He didn't move for 7 hours, and continued to call out Kittiwakes on the A11 home.

Another punishingly early start saw us arrive at the shelters at 6:20am, just in time to get a seat. Hawky and I, and shortly after, Bradders, sat in a row on some uncomfortable benches for about 7 hours, and saw a lot of birds. We didn't count most of them, but the pager later said that 1,105 Manx Shearwaters went past, along with 31 Sooty Shearwaters, 97 Great Skua, 43 Arctic Skuas, and 27 Puffins. It also mentions 6 Leach's Storm Petrels, of which we saw three, and 2 Sabine's Gulls, which we saw both of. Paul, with his astonishing eye-sight, called both of these Sabs BEFORE any of the Norfolk regulars, as well as a third which nobody else could get on. There was also a very impressive movement of Kittiwakes, by my reckoning over 2000, the majority of which were juveniles, so this year at least has been good for some of our seabirds. 1 probable Black-throated Diver, 5+ definite Red-throated Divers, and an assortment of ducks and waders completed the day. At one point a very obliging Bar-tailed Godwit came and sat on the beach, and so I gave my poor eye a rest and went and took its picture. I'm actually quite pleased with the results, so the rest of this post will be a Barwit gallery. My blog, my rules. 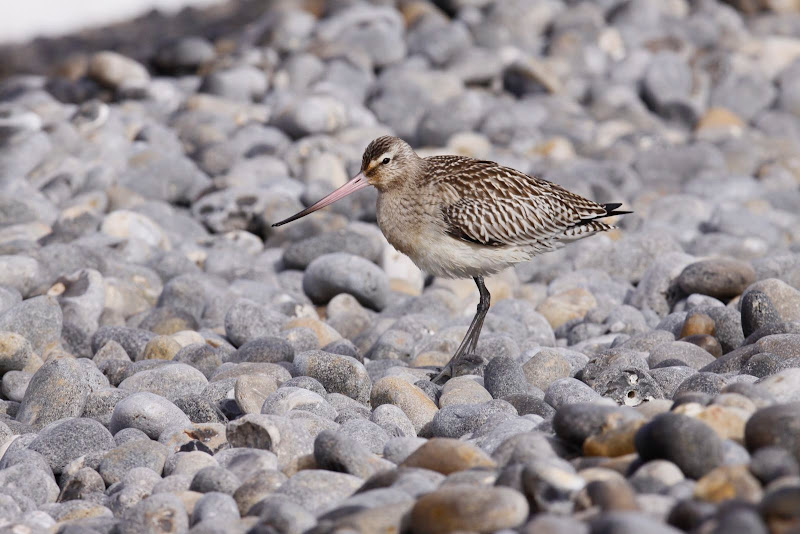 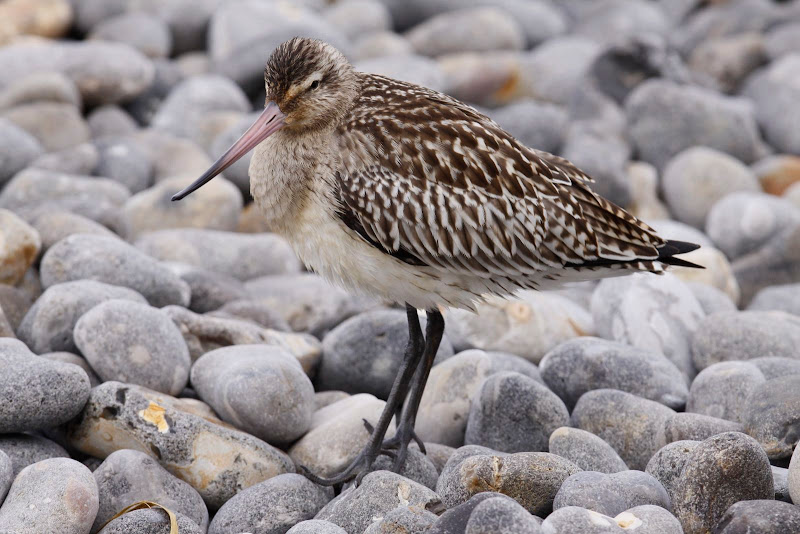 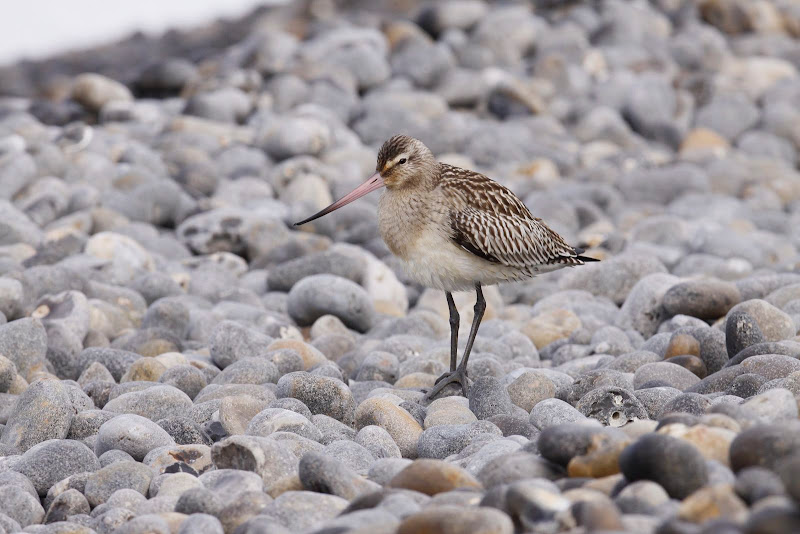 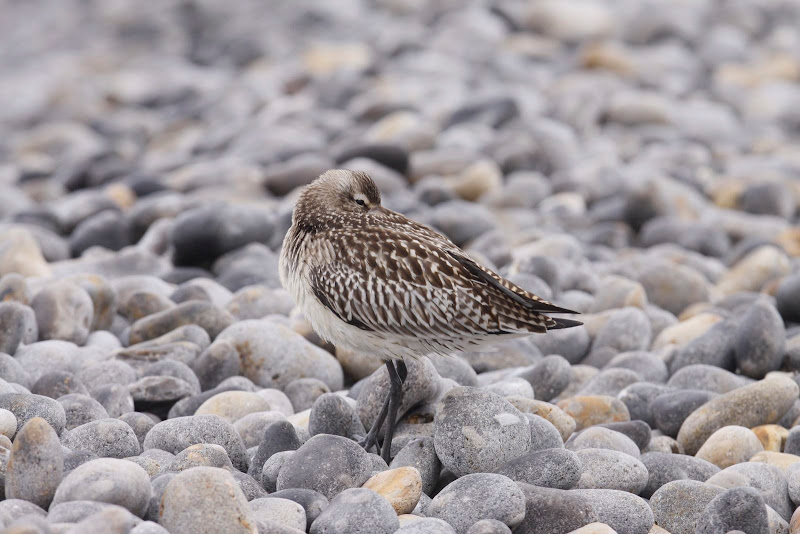 My eye still hurts today. I tried it out on a Spotted Crake at Barnes WWT. It still works, but not as well as it did before the weekend. Not to worry, I'm sure I'll be resting it for the remainder of this week....


Posted by Jonathan Lethbridge at 14:38