Well, I have certainly turned over a new leaf since I last posted.....only another 261 miles have been covered. Critically though this takes me over the £1000 mark, another milestone. Today's mission was the Pallid Harrier in Cambridgeshire, my home county.

After dropping Muffin at school and Pie at Nursery, Pudding and I headed up to the fens. Things didn't start well with news on the M11 that the bird had not been since 9am, but I carried on. As Shaun puts it, I have trodden in Rocking-horse shit, and he would like some. Although a novel concept, I did some research on where I was going before I left, and this enabled me to find the site without any problem. Upon arrival, I was greeted by about 10 disconsolate birders. Or maybe twitchers. Dippers. After about an hour, with the sun on my face, and a warm wind blowing, I wasn't minding dipping one bit, it was most pleasant. Pudding was a superstar, and played with her dolly Bella in the car, ran around the car a lot, played under my tripod, and generally was an adorable child. She even got to see one of her old buddies in the form of "Jake", a large bearded birder she had met at the Breydon Water hide during a severe storm whilst dipping PGP. We don't know Jake's last name, but we like him, even though he eventually saw the PGP and we didn't. Anyway, after about 2 hours reading and rereading the Collins entry for Pallid Harrier, the bird duly appeared, like a ghostly shadow, and gave rather good views for about three minutes. Using my unique birding skills, gained from years in the field, I aged it as being very close to an adult, whereas I had been expecting a 2nd year bird. Gratifyingly the great and the good agreed. Smart is an understatement, it shone out against the dull background, and showed incredible agility as it plucked an unfortunate passerine out of the sky. Having just spent some time watching Arctic Skuas harrassing Sandwich Terns off Sheringham (yes, more miles), I'd put this bird in the same league. Unfortunately Pudding didn't see it. Bella had chosen that exact moment to do a poo, and the bird had landed by the time the nappy had been changed. Kids eh?

Luckily I had managed to grab some ultra-high quality images, putting previous raptor photos to shame, so she could relive the magic. And you can too! 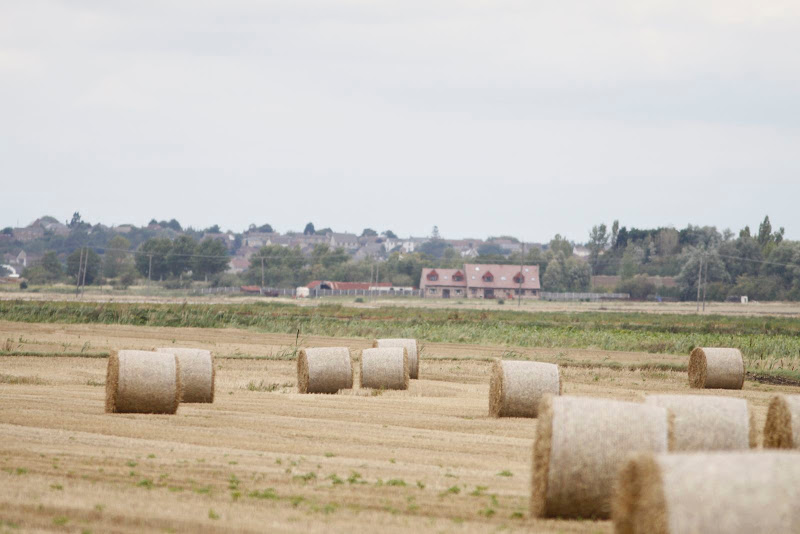 What do you mean you can't see it? 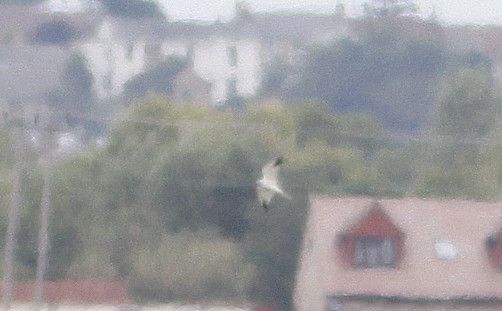 Anyone thinking of entering the BBC Wildlife Photographer of the Year 2009 competition should admit defeat now.

Posted by Jonathan Lethbridge at 21:18