Scilly 2009. Will someone please remove all these Nighthawks! 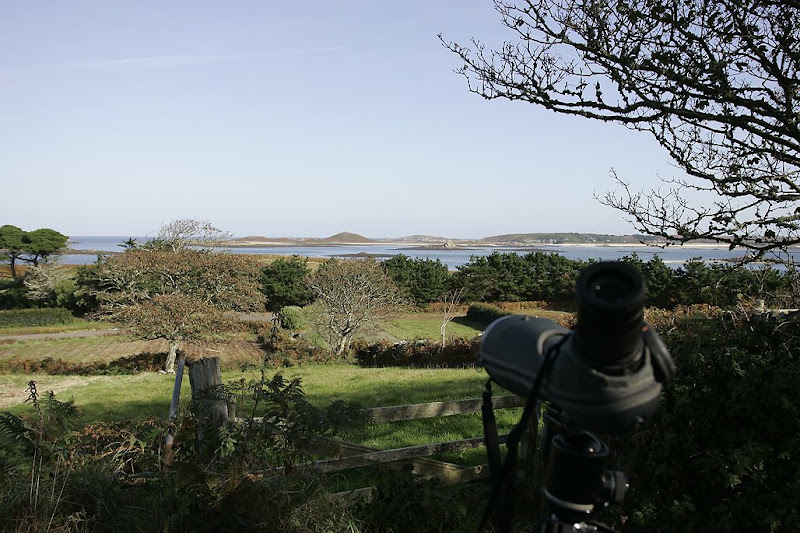 "Ugh"
The prospect of a Lapland Bunting that would run up your trouser leg was too exciting to resist, so on day three we took the boat over to Tresco. Being somewhat interested in sub-tropical plants, this had always been somewhere I had wanted to visit, and soon I was spouting latin at various things. Weak and feeble plants that I have in pots at home are trees on Tresco. Look at this Leucodendrum argenteum!! 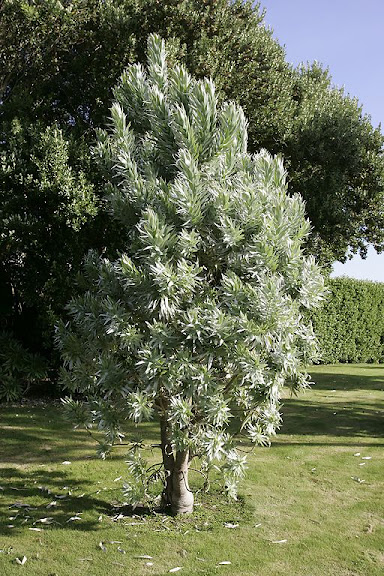 My plant resembles the lowermost branch at the bottom left, just above the shadow. It is three years old, and is pathetic in the extreme. I read somewhere that it can only tolerate rain-water, so for this one plant I dutifully trot out to the water butts for its own special watering can. I cannot say it has repaid my efforts very much.

Well, what can I say about Tresco? Stunning. There are agaves everywhere that dwarf human beings, with lethal terminal spikes. Mostly these are americana or americana variegata, but I fancy there was the odd ferox in there as well. Most amazing of all, they are able to grow Norfolk Island Pines (Araucaria excelsa - never let it be said you don't learn anything on here, just don't expect it to be about birds).

By about midday the collective Ring Ouzel count was up to 4, and the team was getting hungry. We chanced upon a low-rent establishment called the Island Hotel and decided to dignify it with our presence for a short while. In turn we were digified with some ultra-budget sandwiches.... Once again it was shirt sleeves, and the delicious sandwiches were helped down by a pint of beer. Whilst casually soaking in the scenery and chatting to an Essex birder who had unfortunately become trapped at the hotel, a couple of birds landed on a large rocky outcrop to the left of my teak armchair. "Might they be Ring Ouzels?" I said, annoyed at having to put my beer down and source binoculars. They might indeed! This is the life! I contemplated another sandwich, but decided I liked all three of my children and could not sell any of them. 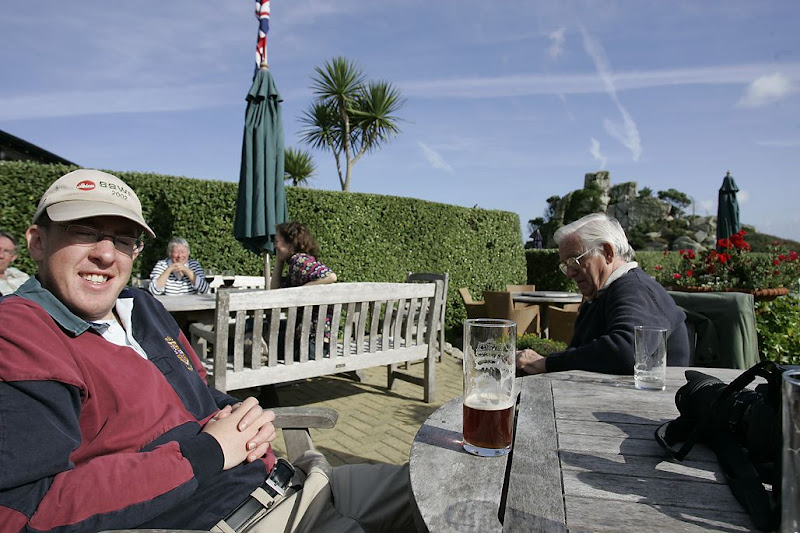 We thrashed Tresco to within an inch of its life

A short snooze later and we were back on the road and over to Cromwell's Castle where the Lapland was said to have been seen. When I trod on it as I was plodding along the path, I realised that perhaps my choice of a light-weight wide-angle zoom for the day had been a good one after all. We had seen a line of birders up the slope a bit, scoping something, and had assumed they were on the bunting, so I was quite surprised when it flew from beneath my Brasher. Beckoning to Bradders, he couldn't understand why I was pointing at the ground in front of me. I moved my foot and all became clear. 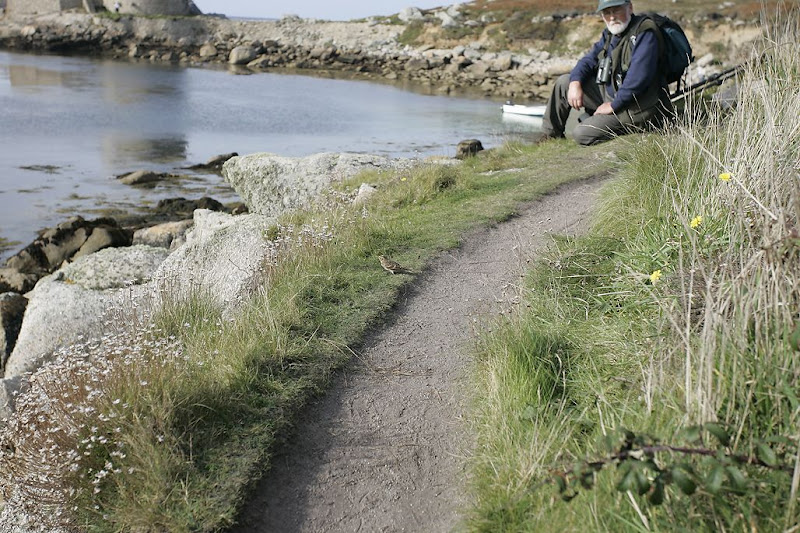 We enjoyed cracking views of this gem of a bird as it fed around our feet. I borrowed (and then ran away with) Bradders' long lense, but I actually prefer this photo from a story-telling point of view, and in years to come, a bit like the Steppe Shrike, it will be memorable for all the right reasons.

Posted by Jonathan Lethbridge at 21:13