Wader season is over

Not Wanstead
As suddenly as it started, Wader Season is over. Total count of wader species over the season, zero. Today Heronry Pond water levels were back to normal, in the space of two days. I am not sure I understand the management plan. Anyhow, it sure was exciting while it lasted, seat of your pants stuff. I hope I managed to convey the enormous sense of thrill and discovery adequately.

So where is the next patch year-tick if it is not a Tringa? Well, tomorrow morning the plan is to find a Pied or Spotted Flycatcher. There seem to be have quite a few coming through lately, and I have found them before, so I reckon a few choice areas are worth a look early doors. The most likely outcome is that I will get home at 8am with diddly squat to show for my dawn start, but that would be defeatist in the extreme. Thus I will be finding a flycatcher tomorrow morning, probably in the scrub just east of Alexandra Lake. Birding Gods, take note.

Well, that is quite enough about the patch for one posting. I was recently accused of having changed, of no longer being a patch-birder, but of being a filthy twitcher. Now until very very recently it is true that I had largely abandoned the patch, as noted in a number of posts. I realise the error of my ways and will be making much more of an effort from now on. I blame June, and an acute lack of will-power. My accusers were the usual suspects: "Show-home" Harvey, "Iceland Gull" Hawkins, and "Patch-birding is my middle name" Blowmonkey. Notwithstanding that the among their number were a bunch of Great-spotted Cuckoo Twitchers, and, let it be noted, Blue-cheeked Bee-eater Dippers, I am guilty as charged, but the most recent escapade was one of planning, daring, and considerable effort, and thus almost doesn't count as twitching.

The location was Canvey Island, cultural capital of the South-east, where a juv Kentish Plover had been found in the high-tide roost off the point. The point is cut off at the height of the tide, and given that had been at about 1pm, pitching up at 7:20pm was perhaps somewhat optimistic. Patch-birder that I am, this was a lifer for me. It is important to note here that KP is not a tick for Shaunboy or Monkey, who had twitched one, filthily, at Tilbury several years ago whilst I was presumably methodically working the patch, hoping beyond hope for any wader, let alone a scarcity. Anyhow, Bradders and I (who would have thought it?) duly pitched up and were confronted with about 20,000 square miles of tidal mudflats. If we had been lacking in confidence on the A13, we were now truly without hope, but we gave it a go anyway. The mudflats are genuinely huge, and there were no large congregations of birds. We therefore had to scan (filthily) several thousand birds scattered over miles of mudflats in the hope of picking up a small pale wader. In the course of doing this we had stacks of other stuff as well - Barwit, Grey Plover, Golden Plover, Curlew, Whimbrel, Turnstone, Redshank, Greenshank, Oystercatcher, Dunlin, Green Sandpiper, Common Sandpiper, Ringed Plover, Little Egret, various Terns and Gulls. In fact the whole place was phenomenal, a great location at that time in the evening - perfect light as well. I had spent time in the afternoon reading up on the species so knew roughly what we were looking for, but we were both on the point of acknowledging what we had suspected all along and giving up when I finally found a likely and very distant candidate. We watched it feed for a while - frenetic galloping, Sanderling-like, and then a brief tippy feeding action - at this range behaviour played as much a part as physical appearance - and DB confirmed the ID, having seen the species before. Against the odds we had succeeded and it felt like proper birding - almost, although obviously it was a twitch. A filthy one.

I didn't stand a chance of getting any photos of the bird, so here instead are some butterflies taken with my excellent and versatile 300mm macro lense. Always come equipped with the right tools for the job, that's what I say. 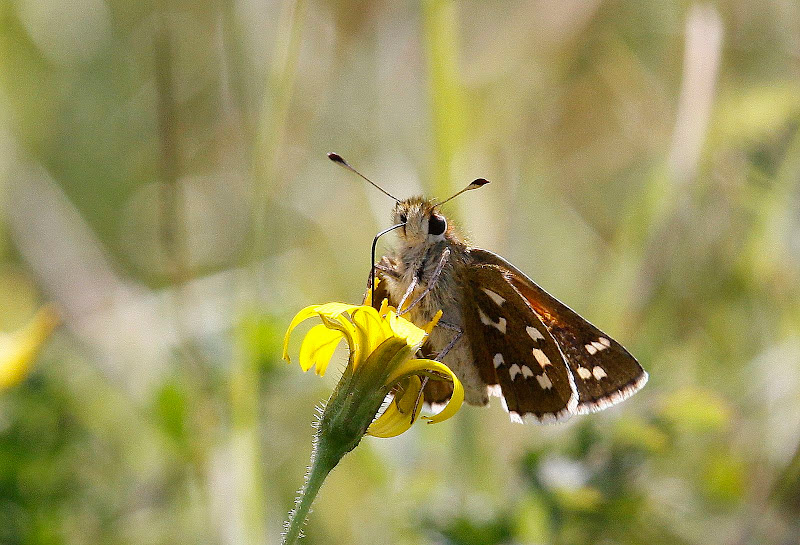 This is a Silver-spotted Skipper. It is a butterfly, not a bird. 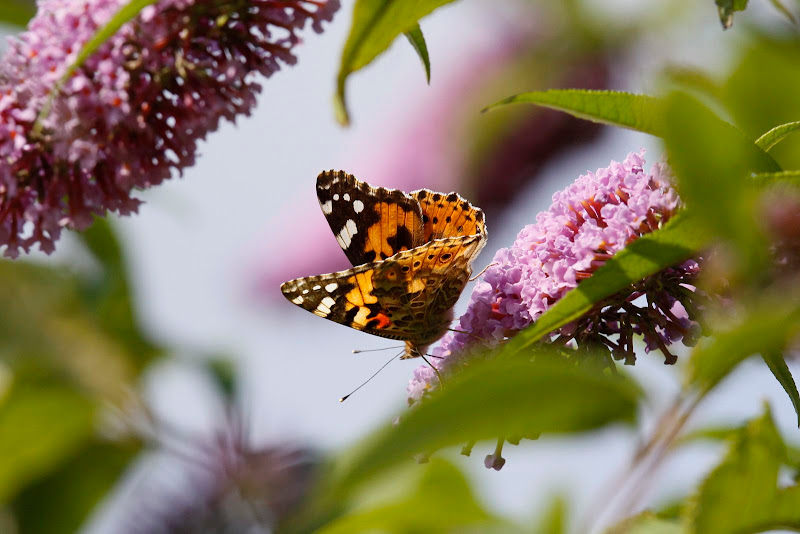 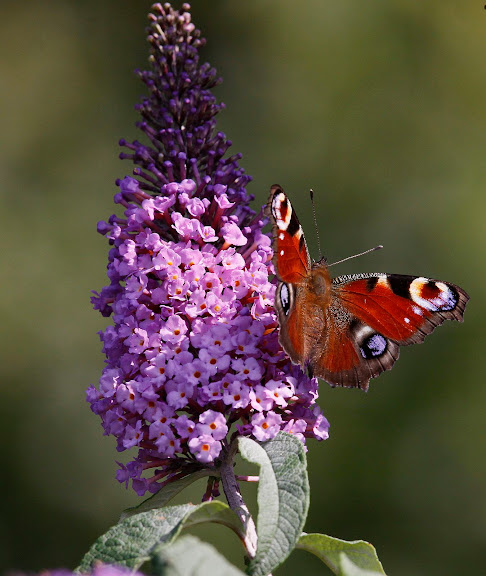 And this is a Peacock. Any of these names would have caused uncontrollable giggling last night.

Last night was Monkey's BBQ. A raucous affair it must be said, and where the aforementioned accusations occured. Excellent night, really good, and H brought his moth trap, or what was left of his moth trap, namely a lighthouse bulb bolted to a plank. Nothing fancy about this, you just plonk it down on a white sheet and away you go. The results were stunning. I catch about 2 piddly little brown micros a night and cannot ID them. Howard catches light aircraft and can ID every one of them. We had Cessna, several Learjets, and at one stage, a Gulfstream V. It was great fun as these things bounced off us, and we tried to grab them or stick collection pots on top of them to allow closer study. Tonight I am abandoning my Bonneau du Martray contraption, and just using the bulb and a sheet. We shall see.

The party continued into the small hours and several people called Paul and Monkey became very very drunk. Several litres of red wine were distributed into the grass, and there was a lot of uncontrollable giggling. I am told that this is a taster for Scilly later this autumn and that I should stay well away from them if at all possible! I for one would not be able to go out birding with the kind of hangovers they are likely to have had today. From the sound of it, it may end up being a two-dayer. Luckily I was driving, so am feeling fresh for the patch tomorrow morning. Bring on the Ficedulas.

Posted by Jonathan Lethbridge at 16:52