But boring is unfortunately the norm, as are my frequent supplications. The thought of what MIGHT be in the next Hawthorn is always likely to be more exciting than what actually IS in the next Hawthorn, and this is what keeps me and countless other inland patch-workers going.

Yesterday, after another dreary morning on the patch where I found a rare Willow Warbler, I headed off for a spot of year-listing. I know, it sickens me too. However - and do you sense a flimsy excuse heading your way? - I was over the west side of London anyway dropping the two eldest off at their Grandparentals for a couple of days when I realised that Hampshire wasn't too far away, I mean a mere 70 miles or something. 70 miles is nothing for a diesel-fiend like me, so off we went to Keyhaven Lagoon where there was a very nice Red-necked Phalarope spinning around like a nutter only a few feet from the path. This is only the third one I have seen, and these were the best views ever, plus Pudding got a tick as well. Three excellent justifications for going. And there was a Cattle Egret too, which was another tick for her. Four justifications. Amongst the justifications were...hang on, I'll come in again. Anyway, many good reasons for going, and we had a nice walk in a very brisk wind and generally had a lot of fun looking at boats, talking about boats, and talking about how it was "quite windy" as we struggled to stay on our feet. 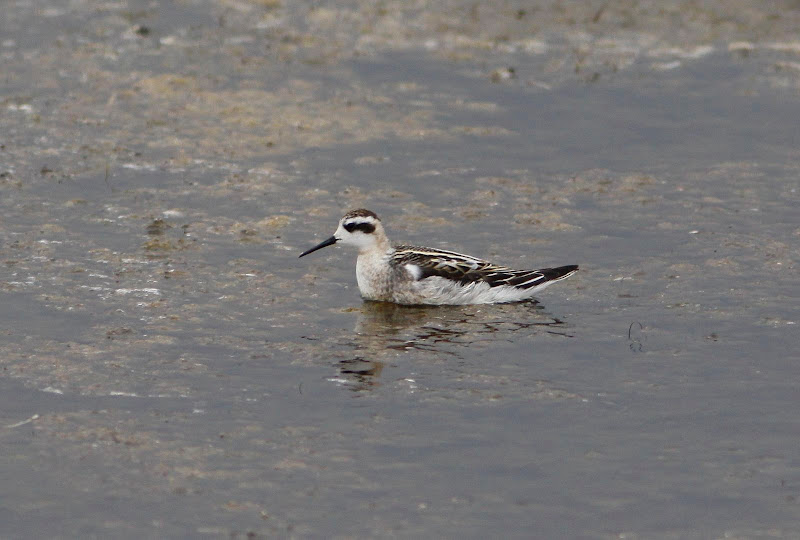 "Why are you now bolding all the bird names?"

This is all preamble. As I was happily scoping the Phalarope, a young guy who I have seen before at a couple of south coast twitches turned up. Obviously the first time you see someone, you say nothing. The second time, there is perhaps a nod of recognition, but no actual dialogue - still too early. The third time however, to say nothing would be a bit odd, so I proffered a tentative "Hello mate, how you doing?" Ah the intricacies of social arkwardness in Britain, how fantastic. Anyway, I got him onto the Phalarope, and we got chatting. Turns out he is also doing a bit of a year list, and he tragically recognised my name from Bubo when I called the bird into RBA. His patch is Splash Point and Seaford Head in East Sussex. This week he found an Iccy. Last May he found a River Warbler. Imagine that, a mega on your own patch. I know, what on earth was he therefore doing in Hampshire, why wasn't he bashing bushes for rare migrants back in East Sussex? Well, that's year-listing for you. My point is that for him, going out on his patch in spring and autumn must be unimaginably exciting. I'm not sure I could cope. The highlight of my birding year is still the self-found Ring Ouzel in April. This is despite the Collared Flycatcher, the Crested Lark, all three Pratincoles and a certain Bee-eater that I am loathe to mention. As you saw, I get excited by Redstarts. This guy could literally get anything. I think the emotion I am trying to describe is jealousy. Extreme jealousy. Can't wait to get out on the patch tomorrow morning, I wonder what I'll get? Trumpeter Finch?

Posted by Jonathan Lethbridge at 07:47