One of things I said I would do when I got the axe was gardening. Well actually I said the garden would get sorted. Clearly I did not think this through, as in order for that to happen it would need to be done either by me or by a gardener. We can't afford a gardener, and my attitude has been somewhat laissez-faire. VERY laissez-faire. With three kids, you can't possibly have a nice garden anyway, that is what I tell myself. Mrs L cites this as yet one more example of my bone-idleness when it comes to all things domestic. I had an initial spurt of gardening and other domestic chores, but when I tell you that my youngest daughter's curtain-pole fell down in January and that it and the curtains are still leaning up against the corner of her wall you will realise what she is up against. Not that she is any better at getting house stuff done, but she does at least go off to work for five days every week, an excuse that I don't have. And no, I haven't sorted out that monumental pile of filing - in fact it has grown by about fifty percent, and the additional part has been living in the middle room. Maybe today I will take it upstairs, that would be a good thing to get under my belt.

Realising that the garden was looking dreadful, this Tuesday I wielded the secateurs in anger for the first time in months. The victim was a Yew bush down the bottom that was encroaching on access to the shed. It looks a lot better now, apart from the ring of dead brown grass that has been exposed. This is just one minor triumph though. Everywhere you look there is something that needs pruning or trimming, and there is some serious tree-surgery needed on the Lime and the Maple which even if I had the inclination I could not do. To add to my woes, it is now Autumn, and I need to go birding.... 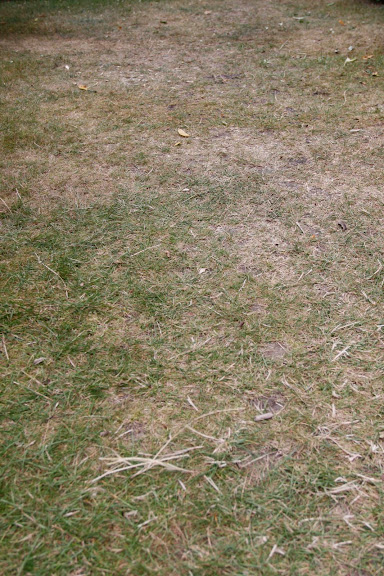 The carefully manicured lawn. I take my inspiration from The Oval.

I am off again at the weekend. Back to the SW. I am Esso's official sponsor. This time the forecast looks truly stunning. All of Sunday is a huge gale blowing directly from the south-west, bringing a succession of large Procellariiformes straight past my deck-chair on Gwennap Head. My stock-pile of Brownie Points, whilst not at an all-time low, is not ready for Autumn 2009. In retrospect, I have played the summer very badly indeed. Show-home Shaun has been amazing in this respect, I think he knocked down his entire house and built it again from the ground up, with new coving and everything, so he is sorted for BPs for a long time. I have today and tomorrow to do a huge number of BP-earning tasks, and I am going to start with some gardening. I am even going to get THE SHREDDER out. You know it is serious when the shredder comes out - to even get it out from behind the mountain of bikes and garden play-things takes about half an hour, so that motivates you to chop loads of stuff down. Gardening is not a bad thing, for one thing I can keep half an eye on the sky and listen out for overhead migrants. I have been doing a lot of this, but unproductively from a deck-chair, with the garden growing out of control beneath my feet. 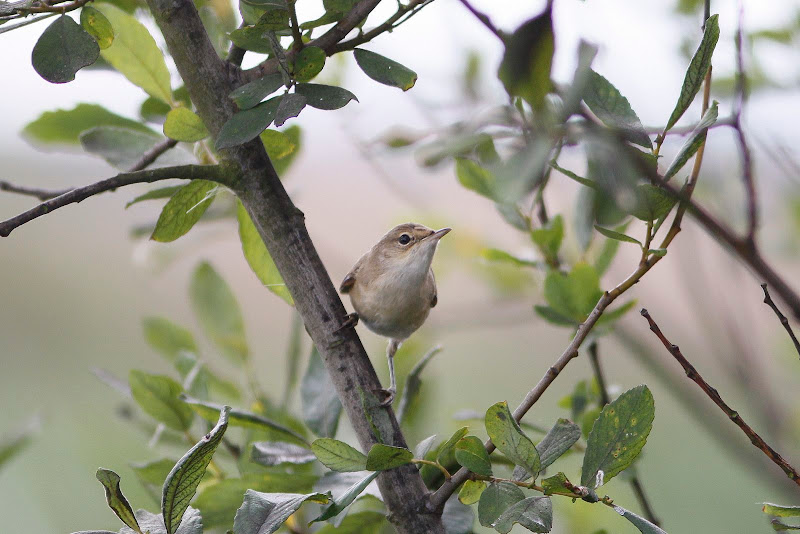 This is not from my garden, but I would like it to be.

My house list is very dear to me. I get unreasonably excited when I get a house tick. Birds I would usually not give a second glace become MEGA if they go in or over my airspace. A prime example of this is a Blue Tit. On the patch, out birding anywhere at all, and they get ignored. In the garden, brilliant. Actually that isn't true, I pretty much ignore these in the garden as well, but if you stop and think about it, a Blue Tit is probably one of our most amazing-looking birds. Most of our birds are brown and unremarkable. This one has a bright blue cap and tail, it has a pure white face with cool black markings, and the belly is bright yellow. Stunning n'est-ce-pas?. If you were on holiday abroad and saw something that bright and shiny flitting through a bush, I am willing to bet you would get pretty worked up and say "Wow, what was that?!" a lot. But as we see them day in day out we just ignore them which is ludicrous. My new life has seen me take a renewed interest in the house list, and indeed the extra time spent in the garden since February has added ten ticks. I can't wait for the next one, which I hope will be an Osprey on my new squirrel-proof trout-dispenser.

Most birders keep garden or house lists, and there are some pretty amazing ones out there. Last year I twitched a Dark-eyed Junco at Dungeness that was in some bloke's garden, and he said it was his second! This year I went back to that very same garden for an Icterine Warbler. It is at times like this that I wish I wasn't in zone 3, but you can't have it all I guess. My house list stands at fifty, which I think is pretty good for suburbia, and I get to see cool blue and yellow birds every day. When you next see one in your garden and turn away in utter apathy, spare a thought for those poor guys up in Shetland whose gardens are so barren they hardly ever get them and have to make do with dross like Bluethroats and White-tailed Eagles. 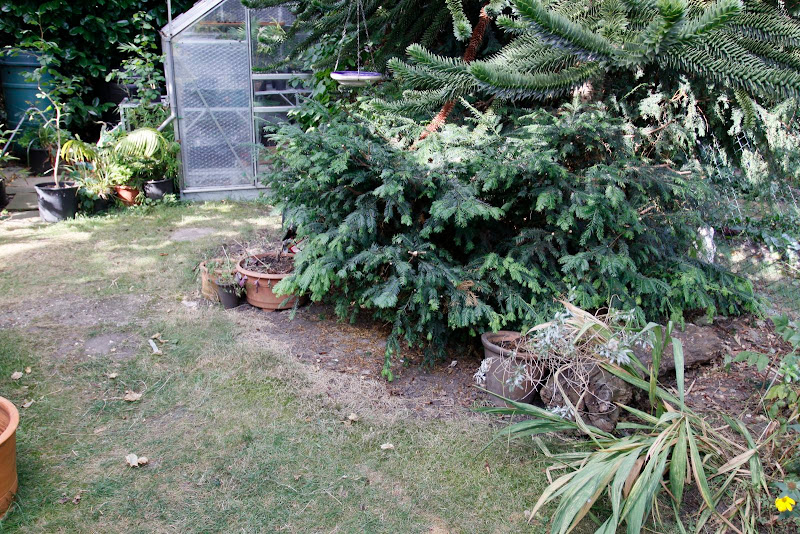 Posted by Jonathan Lethbridge at 08:01