Well, another great weekend of patch birding. This weekend my patch was Porthgwarra Flats, Cornwall. I was torn as to where to go this weekend. On the one hand there were some ticks up north like Semi-p and Wilson's Phal, on the other hand the forecast from the south-west was looking pretty decent. Where to go? I decided I didn't want to do a weekend of mad twitching, and what I really wanted was a decent sea-watch.

I arrived at Porthgwarra carpark at 1am, and parked next to the "No overnight parking or camping" sign. I don't know why they bother with signs like that in these remote locations, most people couldn't even find it, is it really in danger of turning into the next Woodstock? Anyway had a great and uninterrupted sleep in chateau Galaxy, and was up on Gwennap Head at 6am in a plastic garden chair with a cup of tea. It was a great sea-watch, if you like that kind of thing. I never thought I would like sea-watching, but gradually I am getting hooked. I barely moved for 12 hours. It rained, it blew, it became sunny, it rained again. I didn't move. Superb. Lacking in the one bird I really wanted, Cory's Shearwater, but nevermind, it was a great day. Final count was 7 Sooty Shearwater, 10 Balearic Shearwater, ~850 Manx Shearwater, 6 Bonxie, 1 Pom, 1 Med Gull, 1 Puffin, 5 Whimbrel, 3 Common Scoter and a Wigeon. I packed it in at about 6pm, shell-shocked from staring into an eyepiece for so long, and suffering from acute junk food intake. I ate 4 Bakewell tarts, 4 packets of crisps (all cheese and onion...), a steak pie, a New York Deli sandwich, and a Double Decker. Vitamins were provided by approximately 20 grapes, and I had chinese for dinner in Plymouth, via some KFC spicy wings on the outskirts of Penzance. Husbands the world over no doubt tell their wives what a great hobby birding is as it gets them out in the fresh air and they walk miles. What they maybe don't mention is that they consume stupid quantities of petrol station food all day long, only a fraction of which is burnt off by fresh air and walking. 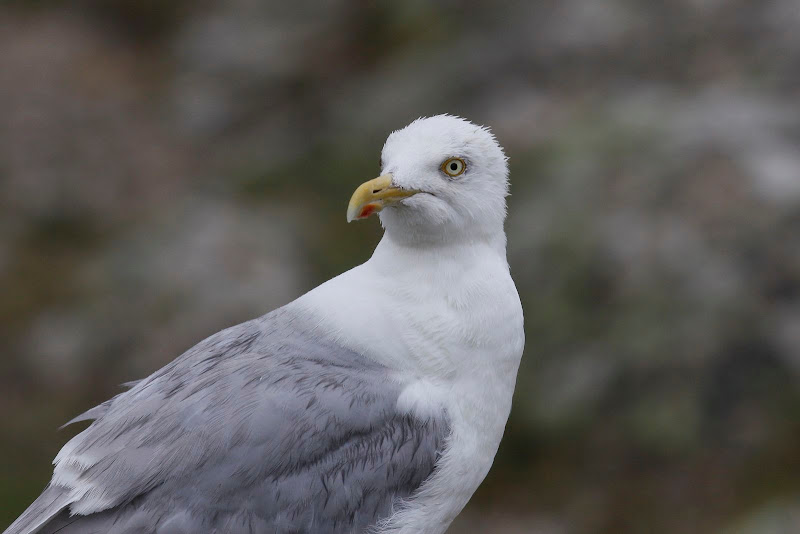 "Is that a bakewell tart you have there? Surely you're not going to eat them all?"

I slept illegally in another carpark last night, Prawle Point in Devon, and ticked off Cirl Bunting in the morning. #274 for the year. Another 26 to go, I am never doing this again. Breakfast was cold takeaway, another Bakewell Tart, and a banana. I had salad for lunch when I got back home, and got the shakes.

So a good weekend, perhaps a poor haul for 700 miles driven, but there you go, I enjoyed it. Typically they got 3 Great Shears and Chough at Porthgwarra this morning when I was on the way home, but that is that way it goes. Sea-watching is a lottery, and I will have to go back, Mrs L willing. 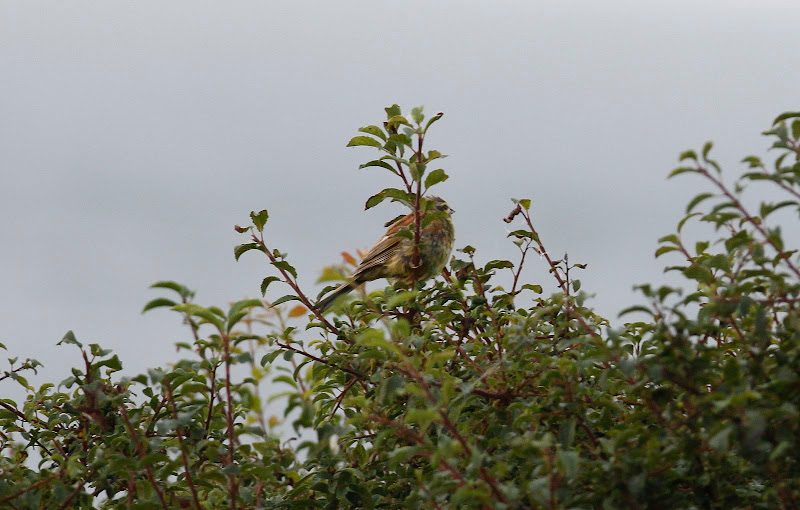