If I had driven from London to the Peak District to see a sodden Lammergeier perched miserably on a rock face I would have come away distinctly underwhelmed. Seven hours in a car with a break half way during which I would have got absolutely soaked for duff views of an magnificent yet untickable bird.

As it was I got absolutely soaked for duff views of a undoubtedly magnificent yet untickable bird, but actually I came away feeling pretty good about it. Why? Because it wasn't a full-on nerve-wracking race against the clock in the company of a huge crowd of desperate birders. Instead I was simply driving past on my way home from Scotland, it was a short detour, and I watched it half way up a beautiful valley in the company of just one other person - a bloke called Alan. 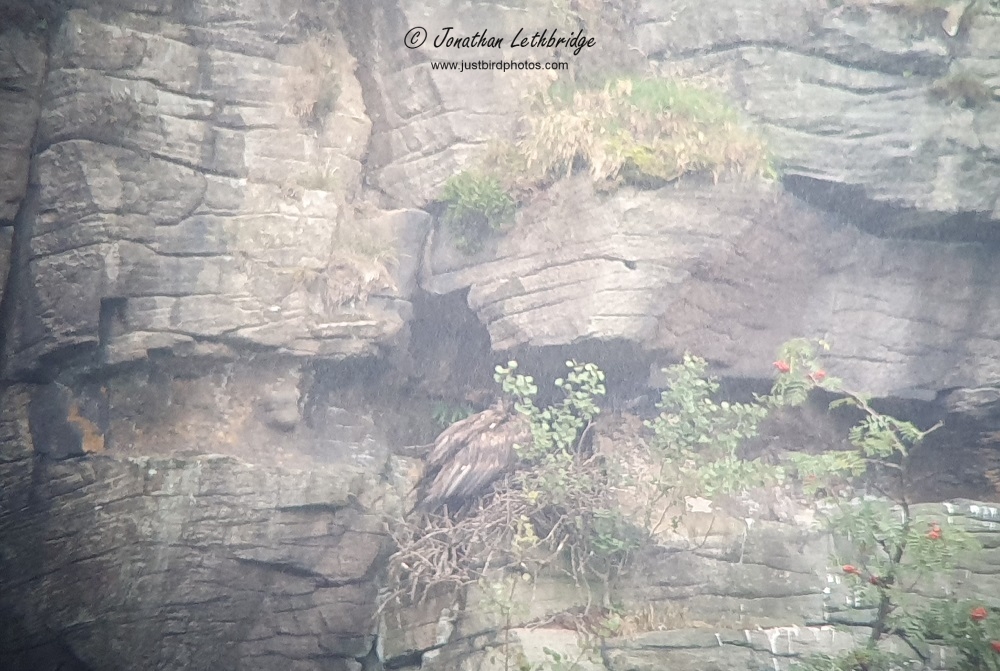 Alan had planned ahead and had waterproof clothing. I, er, didn't. But I did have a scope which he did not, and so we were both able to get clinching views of the bird perched on the same cliff on which it had roosted the night before. In that respect the foul weather did me a favour as the overwhelming likelihood was that the bird wouldn't move all day. I was guaranteed to see it, and to see it quickly so that I could continue with the long journey south.

It is a great shame that I didn't get to see it fly, to fully appreciate its size and bulk, but of course had it been that kind of day I may not have seen it all and so on balance I suppose I'll take it. Up until now I have been highly sceptical, but I am now of course 100% supportive of its acceptance on to the British list, and implore the BOURC to do the right thing.... I certainly have far less convincing birds on my list that somehow made the grade, though who knows how. Anyway, whether or not this ends up as tickable it is still pretty amazing to have seen a Lammergeier of any kind in the UK, and it broke up the journey rather nicely just like the PGP on the way up. This kind of low pressure incidental twitching suits my current mood perfectly.

Posted by Jonathan Lethbridge at 13:09