Another fire on Wanstead Flats

A bonus post I'm afraid, two in a day. The reason is that there has been another fire on Wanstead Flats, almost exactly two years after the very large grass fire in 2018. Thankfully this appears to be a lot smaller, but the tale is a familiar one. It was around lunchtime and I was in the garden hanging up the washing when I started to smell smoke. Then the kids playing a few doors down commented that it was getting foggy (bless them), and then as my garden started to fill with smoke it was the mad rush inside to try and close all the door and windows on this 30 degree day.

I ventured out after work to see the damage for myself. It has been on the cards for a while, just yesterday I was saying to some of the others how dry it was and how we had been lucky to not have any major fires. Well we spoke too soon. The area is at the south of the acid grasslands, near Centre Road car park and south copse. It's big, but not catastrophically so, and as far as I am aware there were no Skylark attempting to breed there. Nonetheless it is another eyesore that will take a while to recover, and perhaps result in more drastic fire-prevention measures such as clearance to make fire breaks

There were still four or five appliances on site at around 5.30pm, with crews continuing to damp down parts of it which were still smoking. As I left the house Nick reported a new fire south of the original location, and as I got home I could hear more sirens going off and another large plume of smoke rising. The possibility of this not being an unfortunate disposable BBQ accident remains, a thrill-seeking arsonist playing cat and mouse with the fire brigade perhaps. Let's hope that isn't the case, but regardless, as long as the weather stays like this and as long as people continue to treat our local green spaces like gigantic rubbish dumps this is always a likely outcome.

I take heart from the fact that last time this happened the regeneration was remarkably rapid all things considered, and in matter of weeks green started to emerge through the brown and black. The final photo is what one of the worst hit areas looks like now, two years on. Had you not known what it was like before, with thick broom four feet tall and loads of heather, you would never have thought that there had been a fire at all. For now though the Crows are picking through it for chargrilled morsels of unlucky invertebrates, and we have another acrid black scar on the patch. 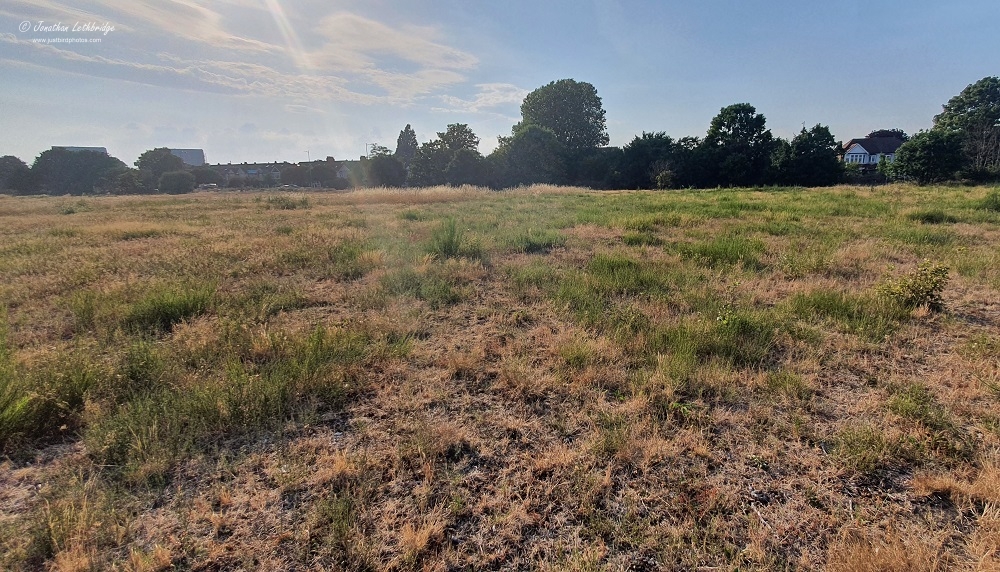 Posted by Jonathan Lethbridge at 19:00