Back in April a memorable balcony watch picked up my second ever garden Short-eared Owl. I was alerted to something going on by Gulls going a bit nuts, and managed to pick it up distantly over Wanstead Flats. I cannot remember if I took a photo or not, and I don't think there was any fanfare on here either. Yesterday it happened again, but this time via a tweet from Rose, a local wildlife enthusiast who spends a lot of time on Wanstead Flats looking at insects and plants. As such the tweet just said "Large Owl", but that was enough to see me jump up from my desk and start scanning. Sure enough, a SEO was earnestly flapping above the brooms, but unconvincingly, as if it wanted to stay. I lost it behind trees and Rose's next message said it had landed again, and as it was early enough that my daily meetings had not yet started I raced downstairs with my camera and headed out into the inclement weather which was getting worse by the minute.

I was hopeful of photographing a perched owl, but as I approached Long Wood I realised this wasn't going to happen - the Owl was up again, this time with an aggrieved Crow in pursuit. As luck would have it it still appeared to be convinced that Wanstead Flats was the best place for it, and spent a few minutes circling around the area we call the Brick Pits. Standing on the top of the bank there I was able to take a few photos of it in the swirling rain - quite hard work in the strong gusts. The Crow ultimately proved too persistent though, and the Owl gave up and flew off east, or at least I think so, I was trying to tell people where it was and in typing the texts did the classic taking my eyes off it thing. So instead I took and sent this which I think neatly sums up how good autumn birding can be. Interestingly the Owl was still knocking around this morning, the first time I can remember one sticking locally, but an actual meeting meant I didn't see it. 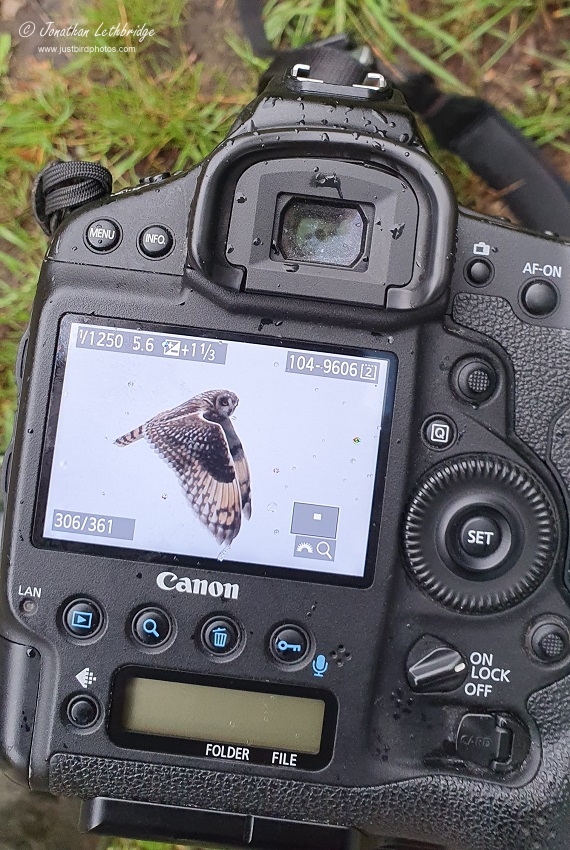 Back home, more than a little damp, I dried off the camera and quickly got to work on the files - unsurprisingly they were pretty crude and required a lot of lightening and sharpening to get something acceptable, but actually the nasty conditions enhanced my enjoyment of seeing the bird and so I'm prepared to accept the compromise. It was my ninth SEO for the patch, and my third for the garden. I am pretty fortunate to live so close - not only can I often get big stuff that other people find from my windows, but as with the Flycatchers on Monday I can be out on the patch incredibly quickly if the need arises. 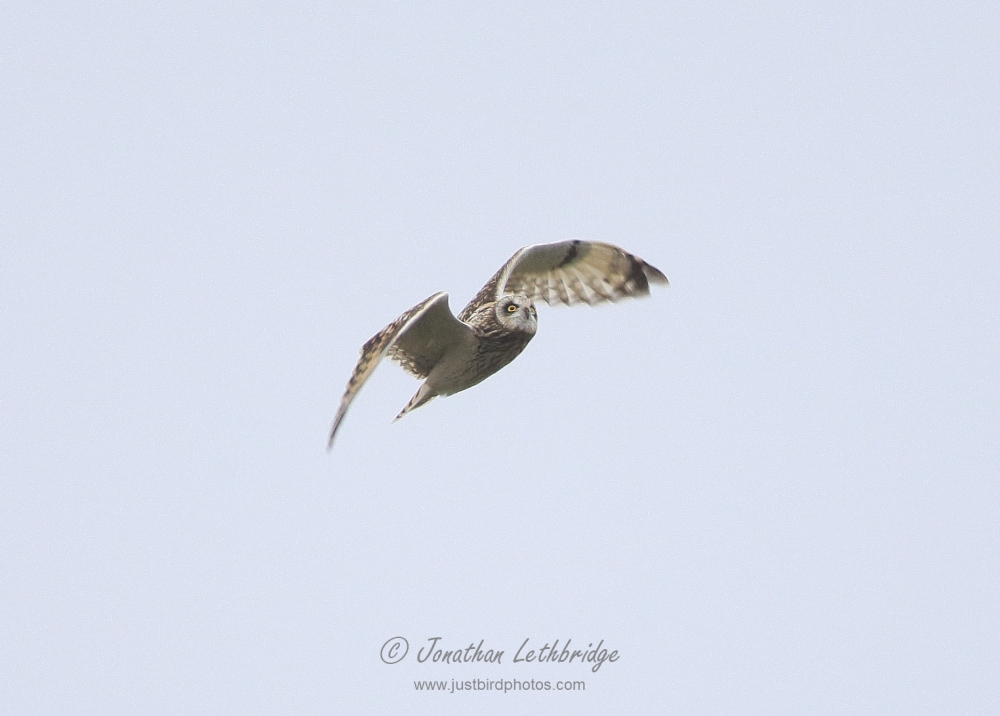 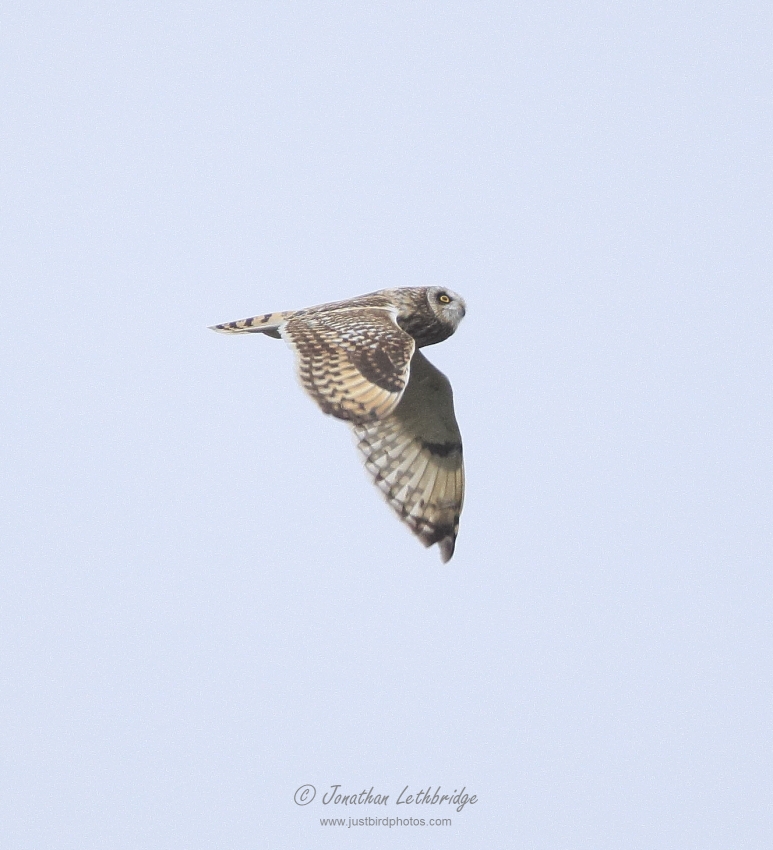 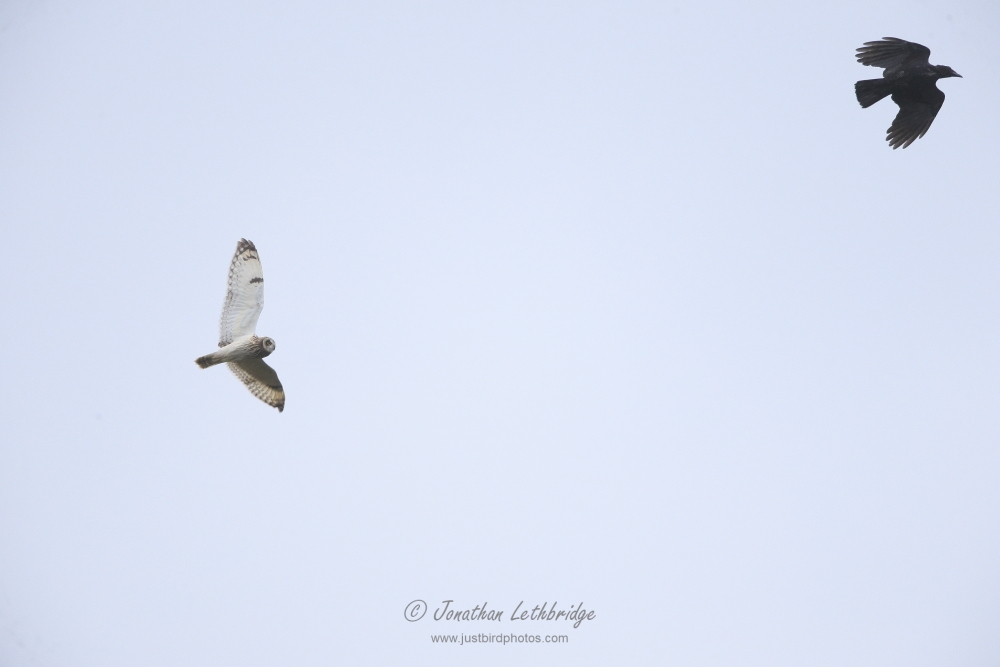 Posted by Jonathan Lethbridge at 17:21