It probably won't last, it never has done in the past, but after the success of the Sandpiper yesterday I was back out almost at first light. I say almost, what I really mean is a couple of hours after, but at this time of year it is impossible to be out at first light. I simply have too much to do in the evenings - critical things like blogging - to go to bed early enough to be able to get up early enough.

But no matter, it still felt pretty early, and Muffin & I were the only people in the Park. Nope, no dog-walkers, and no dogs. If only it were always so. Things started off pretty well with only my second Hobby ever in the Park. Muffin called it (as a Swift, so not too bad) and we watched it zoom over the Shoulder of Mutton pond and disappear over Reservoir Wood. Shoulder of Mutton Pond was extremely busy. There were the usual Coot Wars, but adding to the sense of calm and tranquility was a male Mute Swan who was most displeased with two Canada Geese that had made the mistake of dropping in. Quite what threat Canada Geese pose to a pair of Mute Swans and their unborn cygnets I have yet to work out, but he hounded them mercilessly for over a quarter of an hour until they finally took off and didn't come back. 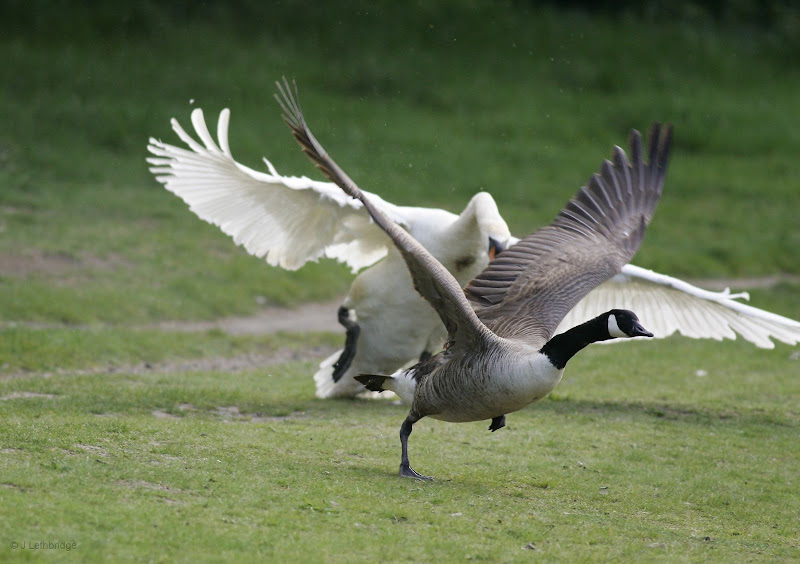 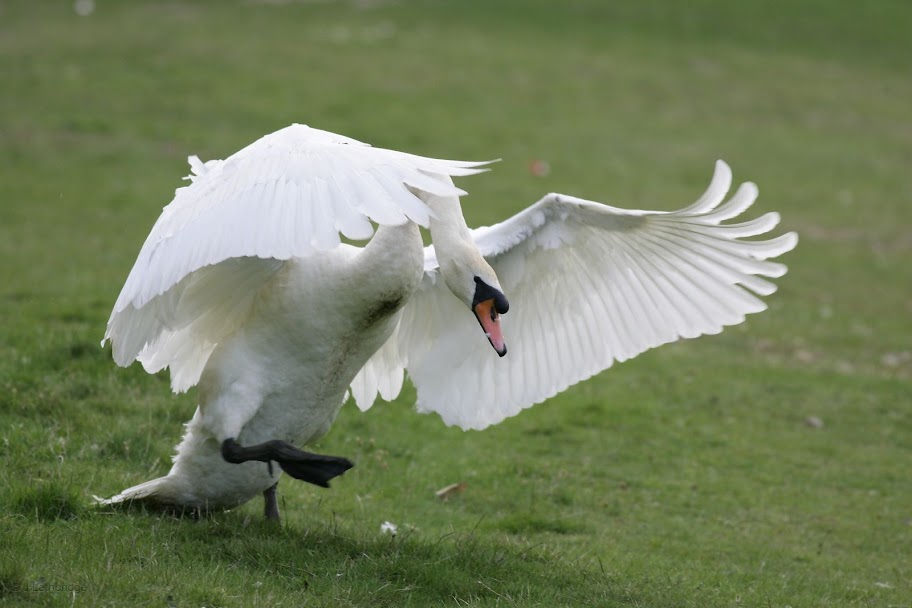 We carried on to Heronry, but there was to be no repeat of the Sandpiper. We made do with ickle ducklings.....

As we approached the Old Sewage Works, I told Muffin that if he was really lucky, we might find a Little Egret feeding on the Roding. As if on cue, a very smart Little Egret got up, flew past us, turned, came back again, and landed a little way downstream. Further birds I would like to envisage doing the same thing include Great White Egret and Green Heron. 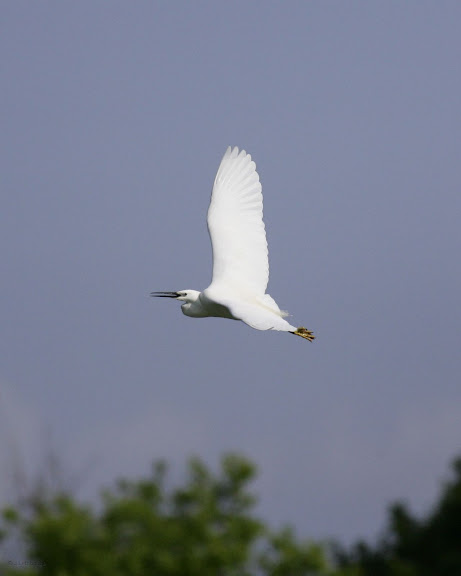 Posted by Jonathan Lethbridge at 19:09