If you heard me moaning about the patch recently, I take it all back. The patch rocks. Truly, it rules. Despite a somewhat barren patch, I was up again at 5am, bashing it. You can likely guess what is coming, my tone may have given it away. And the tweet thingy this morning. Yup - patch tick. Wader. Common Sandpiper.

I was out looking for cute things to photograph. No, really. Although at this time of year I usually stick to the Flats, I decided to try the Park, as I had seen some ducklings there during an evening walk earlier in the week. 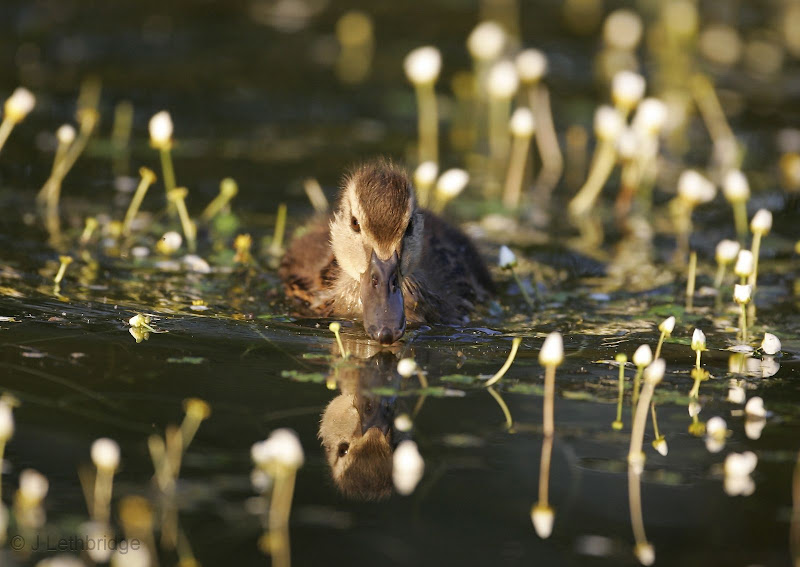 After spending some quality time with Mr & Mrs Mallard and family, I was walking back home alongside Heronry when a small wader flicked along the bank and disappeared from view. I knew what it was, I'm quite brilliant at this bird-spotting lark.... I tried to get closer in order to identify it, whereupon it popped up. COMMON SANDPIPER!!!! As all dedicated patch-workers do, I started calling the others. As I was on the phone to Tim, the inevitable happened - two Black Labradors came around the corner and straight along the bank. Helpless, I watched them make a beeline for the exact spot where the Sandpiper was feeding. Naturally, it flew away, right past me, flicky flicky flick, and around the eastern island. The time was six-thirty am. I may enter politics purely to pass a bill that forbids dog-walkers from going out in Wanstead until at least two hours after daybreak, just to give birders a chance. Frankly it is amazing we find anything, the level of dog-ownership in Wanstead is staggering, the percentage of insomniac owners unbelievable. They annoy the hell out of me, in case you hadn't worked it out.

I ran around the pond, the dogs hot on my heels. The Sandpiper came from behind me, flew past me, and landed on the far bank near the Tea Hut of Happiness. As if on cue, a different dog then appeared from Northumberland Avenue. Noooooooooooo!!!! My view at this point became obscured by bushes, and when I emerged the other side it was gone, replaced by a tan and white mutt. Arse. I assumed it had nipped over onto the Perch Pond but I had no time to look, I was due back home. I relayed the last sighting to the others, and started to walk dejectedly home. You always want fellow patchers to see the birds you find, and that was especially the case this morning, as I hadn't found anything for ages. I had one blurry photo of a Sandpiper's head, enough to prove that there had been one and I wasn't delusional, but hardly satisfactory.

As I approached where I had first seen it, roundly cursing all dogs, all dog owners, and anyone who even knows anyone who has a dog, I saw the bird flying near the far side. Yes!! No idea how it had managed to disappear and reappear behind me, but who cares, it was still here. Tim was by now three minutes away. When he was about a minute away, it flipped over to the hidden side of the eastern island and out of view. Gah!!!

Luckily it flew back around the island and into view a couple of minutes later. Phew, reputation salvaged. It fed in great light pretty much in front of us. Mega. I've said it before, and I'll say it again, there is nothing to compare with a patch tick. Oh, perhaps a garden tick actually, but I'm splitting hairs. Superb! By now I was extremely late, so hurried back, worrying all the way that a Common Sandpiper, rare that it undoubtedly is here, might not cut it with Mrs L.....

Halfway home, Tim texted to say that while he had been watching the bird flying across the pond, he had then seen another near where the first one had been. Mystery solved. What's better than a Common Sandpiper? That's right, TWO Common Sandpipers!


This brings my patch total ever to 111. I'm going out tomorrow morning. Hopping.

Posted by Jonathan Lethbridge at 21:52