More dedication = more ticks. If the patch was on fire a few days ago, it is now a raging inferno. Another tick! If I carry on at this rate - approximately one every 2 days - I'll have run out of birds by Christmas and will need to move.

The girls and I were doing a butterfly transect. This is the first time I have done it, so we were quite slow, consulting the map frequently and so on. What we weren't doing was identifying butterflies. Not because of my consumate lack of skill in this area, but due to the consumate lack of butterflys in the whole area. In an hour and a half, we saw three butterflies. The first one was white, and we couldn't identify it because it flew over the Skylark nesting area where we couldn't follow. Ditto the second, except it was reddy-orange. What a great hobby! The third was a Peacock, and was sitting out on the path. As I approached it stealthily with my camera, it flew off. Rubbish. I see more butterflies in my garden when looking up at the sky. I'm not exactly sure how I should report my "findings", perhaps I'll just do it again later and hope I see more. The girls were not enthused - I had been talking it up, cajoling them to do it with me. It was crap, and they were bored.

However, as I alluded to earlier, it was most definitely not in vain. On the penultimate leg of our transect, I heard a Turtle Dove purring from the copse just to the west of Long Wood. Not a full-on hey look at me purr, but a short and to the point purr. We stopped looking for butterflies - not hard really - and concentrated on the Dove. Couldn't find it. Then it purred again, a bit more sustained this time. I parked the girls in a sunny patch and started looking properly. More purring. Where was it? I was distracted by a tug on the back of my shorts. Given my proximity to Long Wood, this could have been a very serious problem, but luckily it was just Pudding. I say luckily, she had done a wee in her trousers. On balance, still the better outcome, but it meant we had to go home, and so I never did see the Turtle Dove and it will have to go down as "heard only". But it still goes down! #113!! 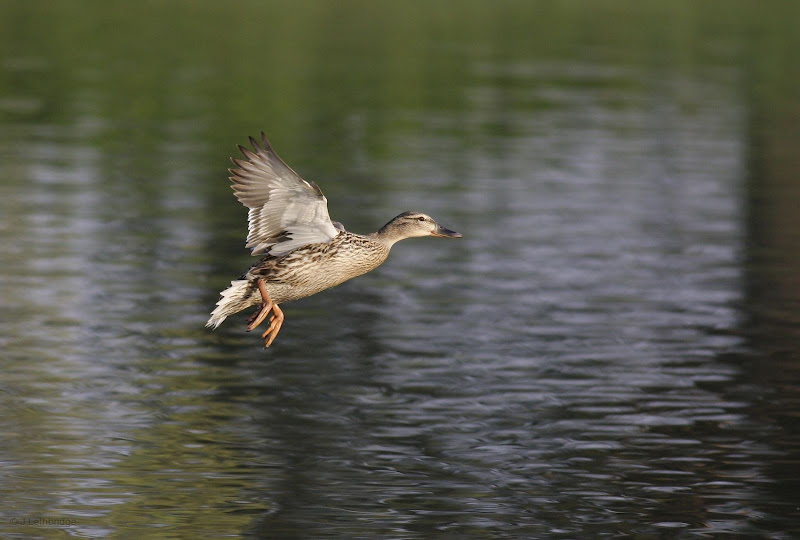 This Mallard has nothing at all to do with this post . As might be expected from a "heard only" record, I didn't get any photos of the Turtle Dove.
Posted by Jonathan Lethbridge at 13:26