Another twitch, more patch ticks forsaken. Tim had a Pheasant on the Flats first thing this morning. I raced out, was shown the exact patch of scrub it had walked into, but couldn't find it in the short time I had. Having dipped some White-fronted Geese at the Ingrebourne and a Scaup at Walthamstow yesterday, I was beginning to wonder if going to Wales for the long-staying Black Kite was a good idea. Too late to change my mind, John and Kev arrived and we were off.

Mid-Wales is luckily only a very short distance away from Wanstead, and we were soon winding our way along the River Wye towards Rhayader. A stop at a convenient bridge to try and see Dipper was astonishingly successful with two located approximately 0.2 seconds after exiting the car. Perhaps we might see the Kite after all? 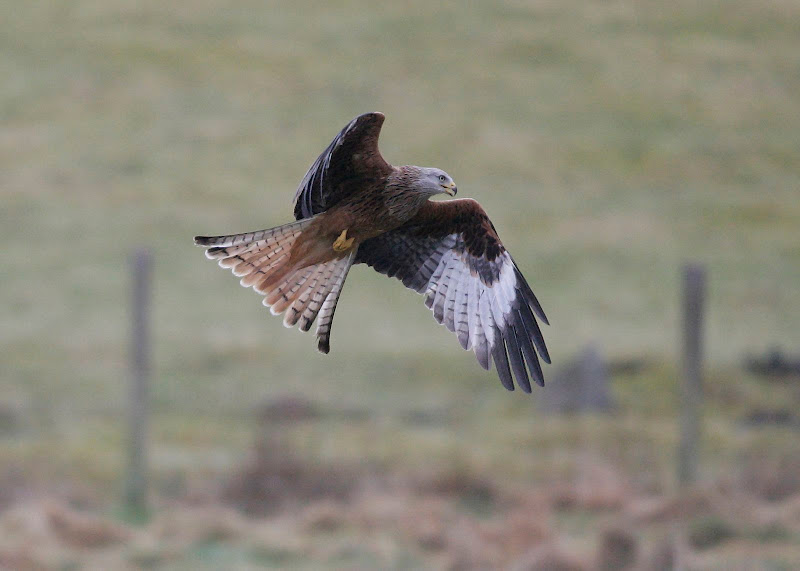 The number of Red Kites at Gigrin Farm near Rhayader is incredible. I took a wide-angle shot of some of the mass swirl in the air just prior to feeding time, and counted 171 in this shot alone, so there were perhaps 400 birds all told. And, I'm happy to report, a single Black Kite. Mission accomplished. It came in relatively soon after feeding time began at 2pm, and fed on the wing before grabbing a larger chunk and disappearing off to feed unmolested. It came back about twenty minutes later for a more prolonged session, before being persistently harried, first by a Crow and then by a Raven, such that it went off for good. This being mid-Wales in early February, the light was somewhat less than ideal, but with the lense wide open and a horrible ISO selected, I managed some OK shots, mostly of the Red Kites as there were far more opportunities to pap them. The Black Kite was a lifer, so I was more interested in just looking at it, but got a few the second time it came in. For anyone considering going, go. It is an amazing spectacle, and the Black Kite is merely a bonus. If you have a long lense and decent technique, and in an ideal world, daylight, you have the chance to get some amazing shots. There are even a couple of photographer-only hides with wider windows, or in the case of the Tower Hide, no windows at all, just a platform. Trouble is they cost an extra £10 and £15 respectively, which I reckon is rather steep. These hides don't get you any closer, and today there were not many visitors, so I took my chances with an ordinary hide and was perfectly happy with the possibilities. 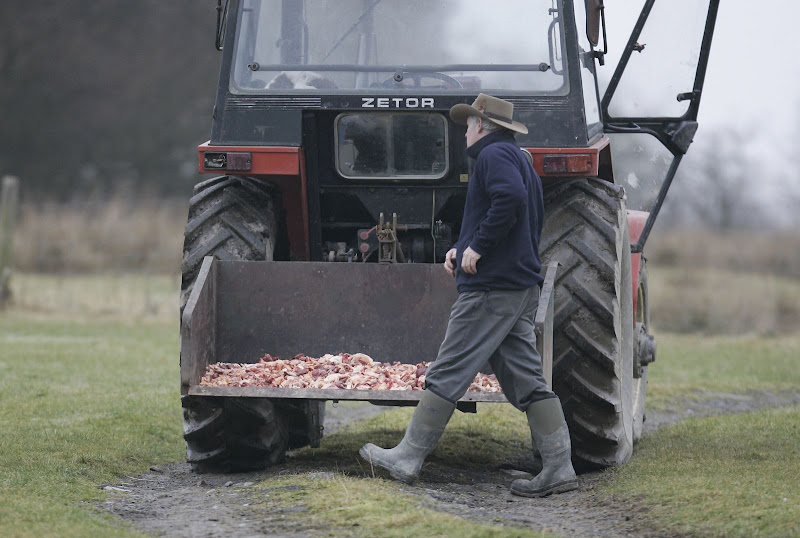 Lean beef only - the last thing we need is a bunch of lazy-ass fatso Kites sitting around watching Trish all day. 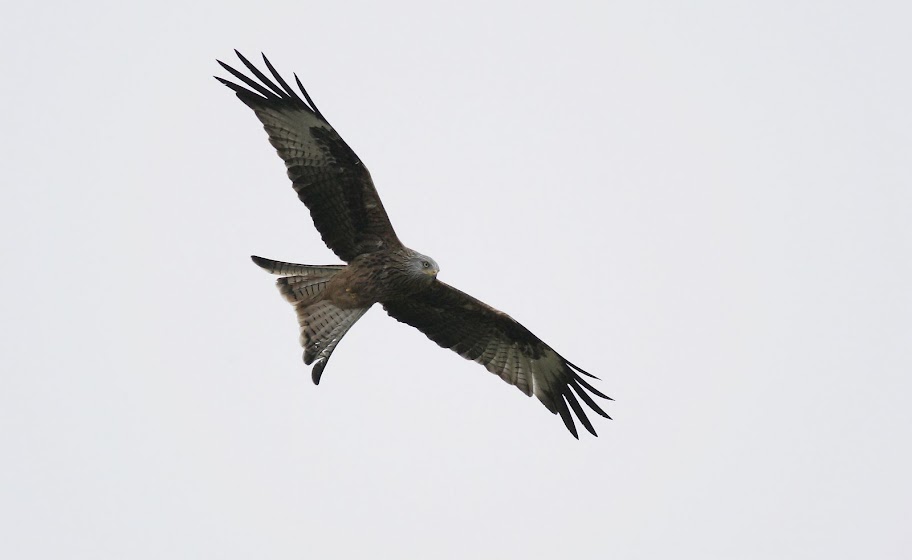 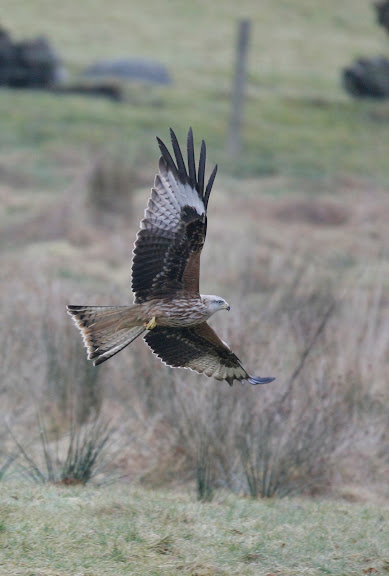 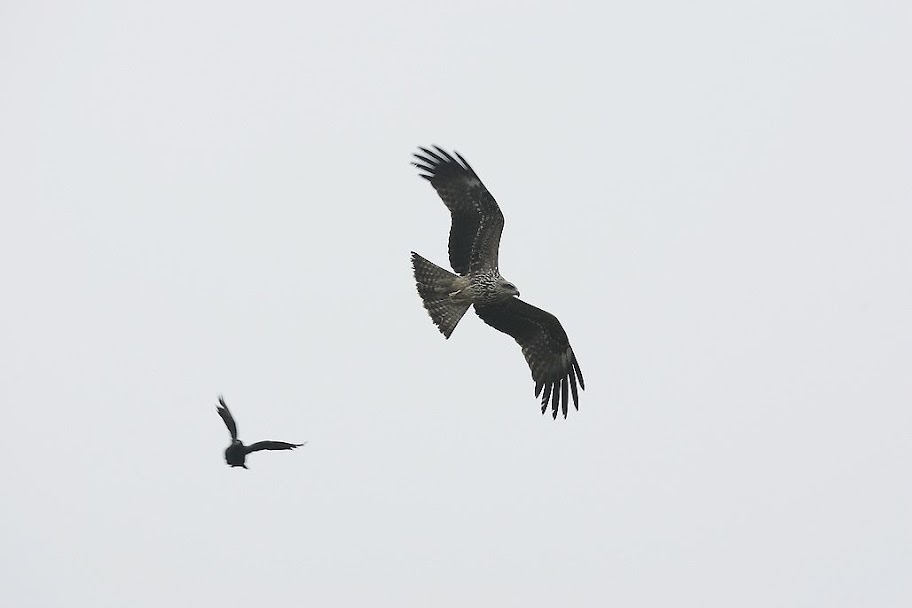 We only stayed just over a couple of hours, so the ratio of time spent looking at birds versus time spent in the car is pretty poor, but those two hours were amazing and made it worthwhile. In addition to the acrobatics of the Kites, you can marvel at the size of Ravens, and enjoy Buzzards getting annoyed with Kites and each other.

My thanks to John for driving over 500 miles in a day to take a low-lister to see a Black Kite. Tomorrow I'm staying local. Hopefully those Geese will still be around and will find their way to Rainham. The Pheasant will have to wait until Tuesday when I can get out early. And if it knows what's good for it, it had better be there... 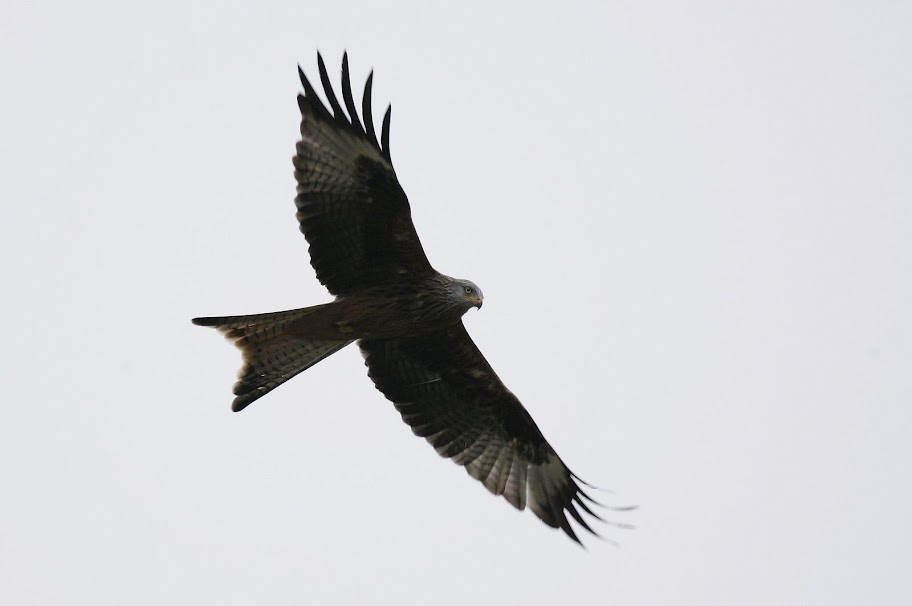 Posted by Jonathan Lethbridge at 21:53