A proper murder mystery on Wanstead Flats this morning. I was towards the end of my circuit and had just finished counting the wildfowl on Alexandra Lake when this bizarre sight greeted me. 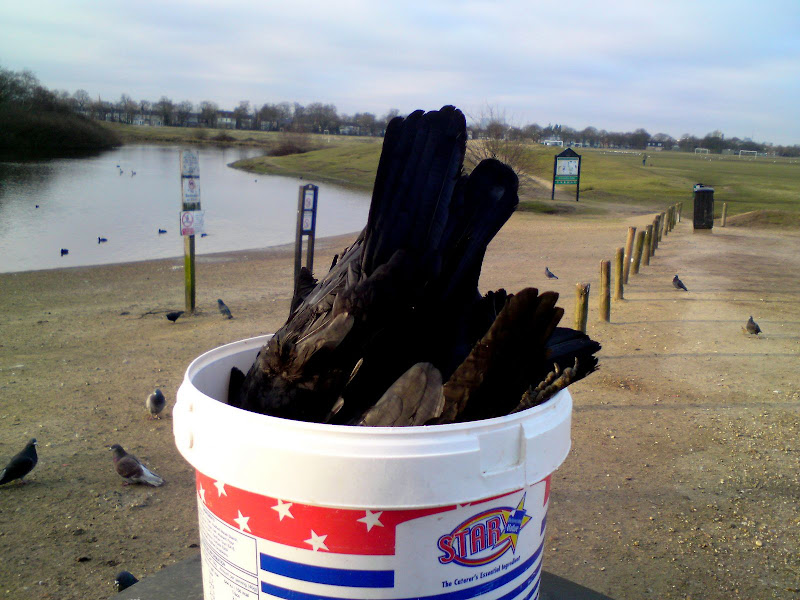 I hope you're not eating your breakfast, but yes, it's four dead Crows in a bucket. Inserted head-first into a catering mayonnaise tub in fact, and then placed on a bin. Not a frequent occurence around here. I called the rangers to report this, and whilst on the phone, noticed another dead bird behind me. It had no obvious external injuries, but five crows do not suddenly just fall out of a tree. Something is not right. 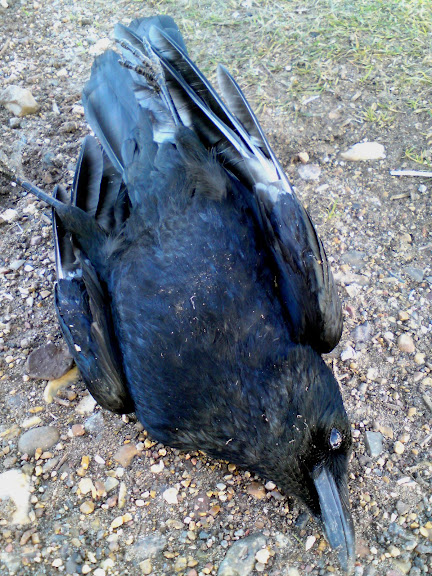 As I was poking this one with a stick, I noticed two others out on the playing fields, and then another. Eight dead Crows? What on earth had happened? I'm afraid I don't know, but it's likely to be poison. The birds didn't appear to have been shot, which was my initial fear, and, other than being dead, looked in perfect health. Alexandra Lake does suffer from a Rat problem, which itself stems from well-meaning but ultimately rather stupid people who put out grotesque quantities of food for the birds. More food than they can possibly eat, and as a result we have a large Rat population. Traps are not laid, but perhaps a local resident has put something down? The Corporation of London people arrived soon after and bagged all eight birds for analysis, so perhaps we'll find out.

On the way back home pondering all this I spied what I feared was a ninth bird. Luckily my ID skills had let me down once again.... 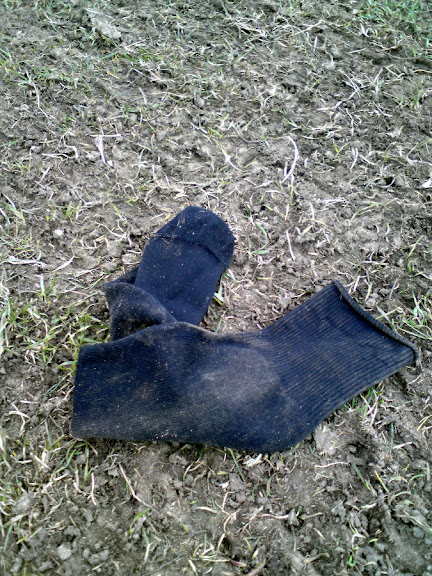 Posted by Jonathan Lethbridge at 09:39