No prizes for guessing what Bradders, Hawky, Monkey & I went to see today. A 5:30am start in glacial conditions saw us heading down to Dorset for the Bufflehead that had appeared (=migrated, of its own accord) on The Fleet in Dorset. A mere 3 1/2 hours later we were there, but no sign of the Duck despite quite a few people looking. Oh dear, as they say. However, The Fleet is gigantic and difficult to view, and the Bufflehead is small and dives a lot, so we remained hopeful. Mostly. Our hopes were realised with a timely pager message saying it had been seen from the bottom of the bridleway leading down from the silly-named village of Langton Herring. I say timely as we were driving through Langton Herring when we got the message. Ideal really. It wasn't long before we had some distant views of this very smart and highly rare nearctic vagrant. Unringed and wary - you betcha! Miles away, and consorting with a small group of RB Mergs. We probably could have seen it closer from a point slightly east of where we viewed from, but that would have been contrary to the East London philosophy of "Tick and Run", so we went back to the car for some coffee. I got a truly great photo of it, look!

Fairly poor really. The bird was almost in France (I assume that was what the other side was, what else could it be?) so extreme distance was a slight issue. The above photo is almost 1100mm of telephotoness and 100% dire. Here, have a Herring Gull instead. Bar the duck, it was practically the only bird photo I took all day. 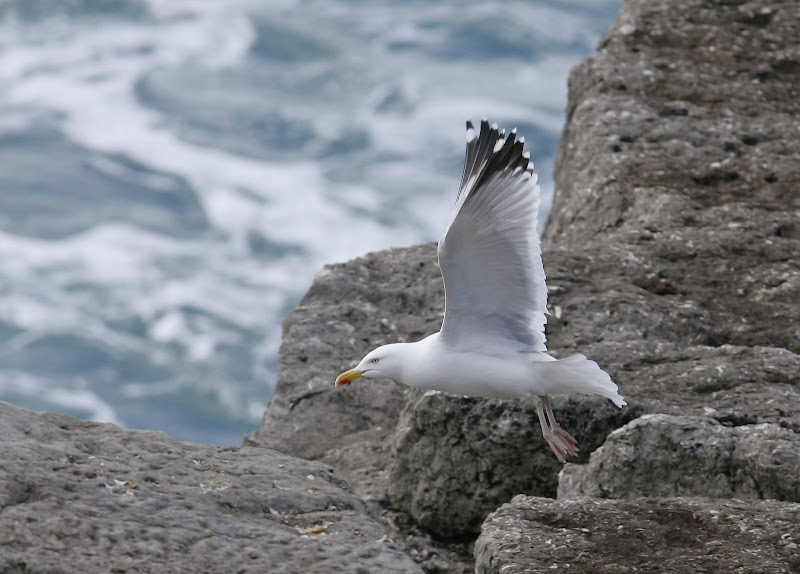 Portland produced almost no birds, and despite the sunshine, the breeze made it amazingly cold. In the absence of Puffins and early Wheatears, I amused myself with a bit of landscape photography.

Chesil Beach again, just more of it. From the previous night's research I found out that the pebbles at one end are really big, and the pebbles at the other end are really small. I can't remember which end is which, but I even found a photo of these varying sizes of pebble, graded from one end to the other, thus proving that a website even more boring than this one exists. We didn't actually go onto Chesil Beach, we just admired it from a distance. It was very very cold, and makes Blakeney Point look like a walk in the park. 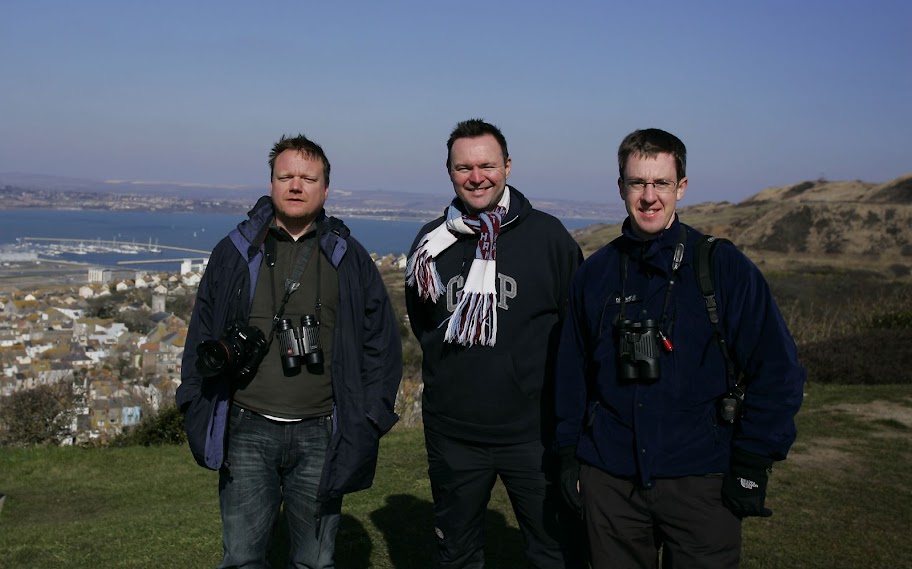 After gawping at the views for quite a long time, we executed plan B, which was drive to the New Forest and find Goshawk, Crossbill and Woodlark. Obviously it would be bad form to publicise Goshawk locations, but we saw five eventually, including four in the air together at an easy to find spot. Best of luck. Also a handful of Crossbill and two or three Woodlark, all yearticks - I'm not counting though.

Back home to London in a mad dash for the two Bewick's Swans at Rainham. We arrived some way after sunset, but Hawkeye, true to name, quickly located the birds on Wennington Marsh, viewed from the A13. No colour possible, but on profile against the water they were clearly the birds. Ideally they'll stay tomorrow and I can get a better look at them. So, another fun day, with perhaps five minutes out of the fourteen hours together not spent ribbing each other about something or other. It's what you want.

Posted by Jonathan Lethbridge at 22:08