Well, it only took three weeks. The patch was abandoned, Rainham was abandoned, and once more I was galavanting around the country, diesel fumes in my wake. Not that I said I wasn't going to do it, but I was expecting it to be in the Spring. 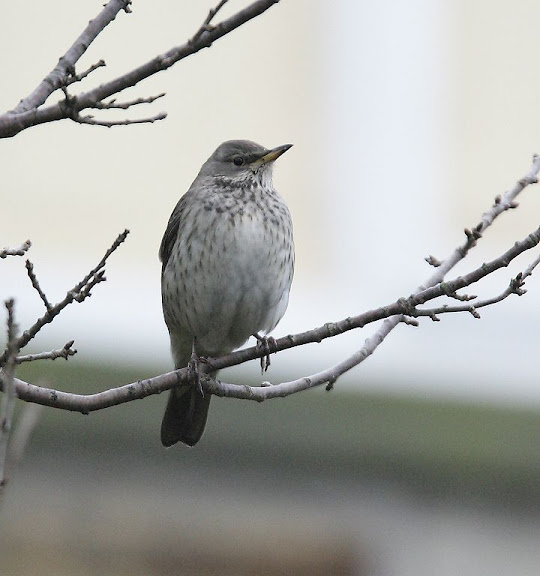 But no, a funny thrush from Siberia had to go and stick a spanner in my local birding ambitions. I had um-med and ah-ed about whether to go or not as I have been enjoying it so much round here, but ultimately my memories of the Snowy Owl trip to Cornwall almost exactly twelve months ago convinced me it would be good fun. I've had an excellent start locally, and variety is the spice of life (more on which later), so why not. The twitch was on.

Bradders' new Subaru was outside at 5:30am on Saturday, Shaun arrived at the same time, and off we set. A few minutes later we arrived at Newholm, just on the edge of the North Yorkshire moors, where I immediately trod in a turd. I was amazed that this could happen, but a bit of research when I got back home reveals that the only Cornish record was of a one-dayer in 2002, so I guess many people from down that way need it, that some of them have dogs, and that some of them brought those dogs....

Luckily a puddle midway between the turd and the bird (could be a pub) sorted me out and within about a minute, a clean-shoed JL was looking at a brilliant first winter female Black-throated Thrush. I spent a pleasant five minutes checking it out, confirming the ID to my satisfaction and so on, and then went back up the road a bit to chat to the boys about it. I found them having a bit of a natter, binoculars hanging limply on their chests.

They ran down the road a few yards. Honestly, some people. The number of twitches I go to where people are just stood around gassing and making no effort to find the bird whatsoever. Tsk tsk. Standing in their recently vacated spot, I casually raised my bins and was not surprised to be able to see it from there as well. When they came back I was accused of supression. Oh the irony! Just kidding lads, good to see you working it!

We all got brilliant views as this rare vagrant strutted its stuff, chasing away any Blackbirds that were foolish enough to think that they lived there. The bird is just in someone's front garden, happy as Larry. The householders are putting out food, and the bird will no doubt be there for some time to come, though if it were to disappear temporarily tomorrow that would be quite amusing.

Anyway, here it is in all its glory, multiple and unnecessary times. 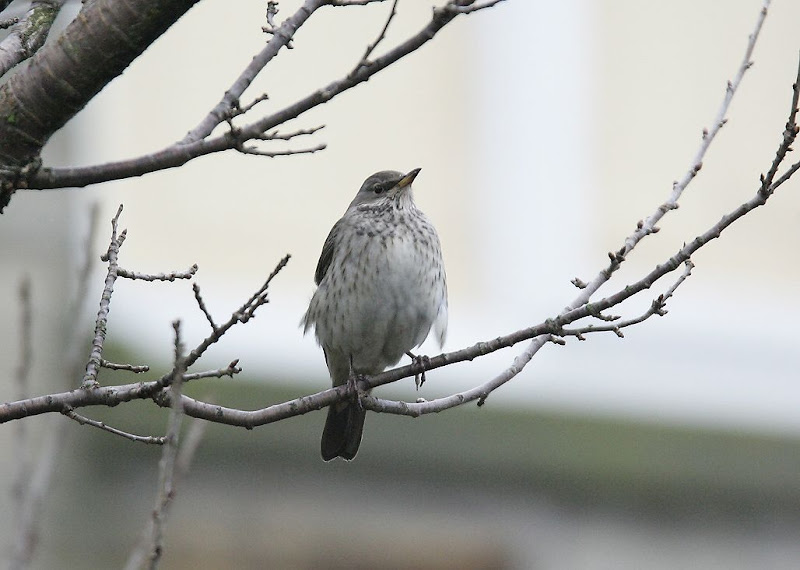 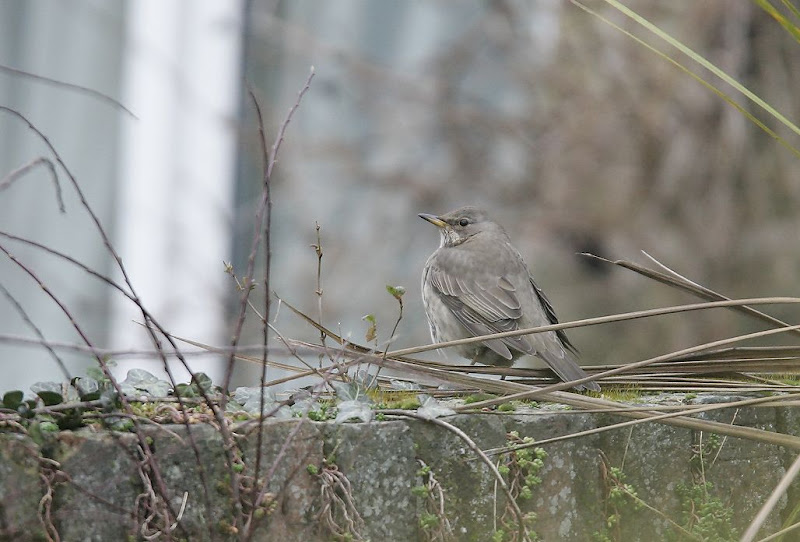 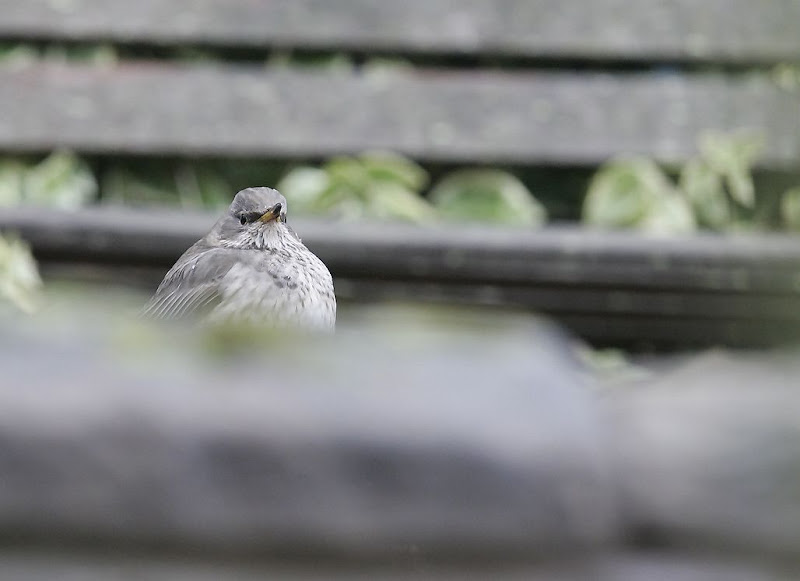 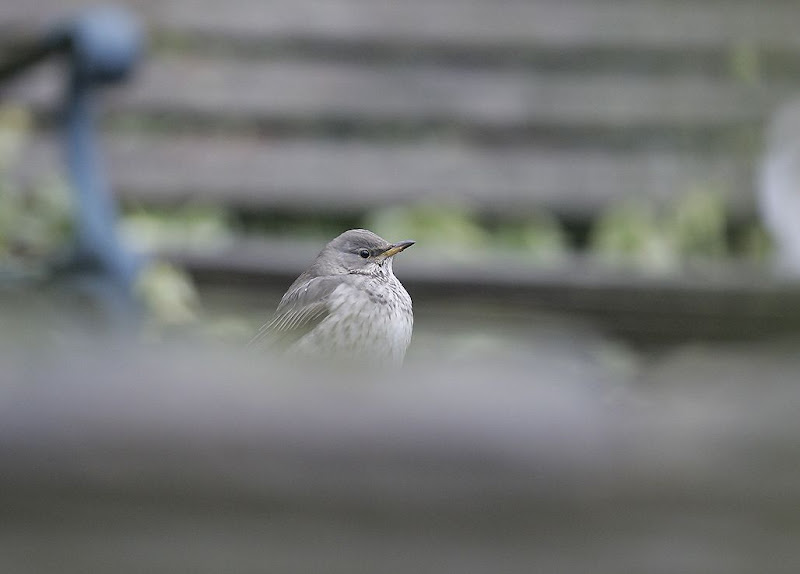 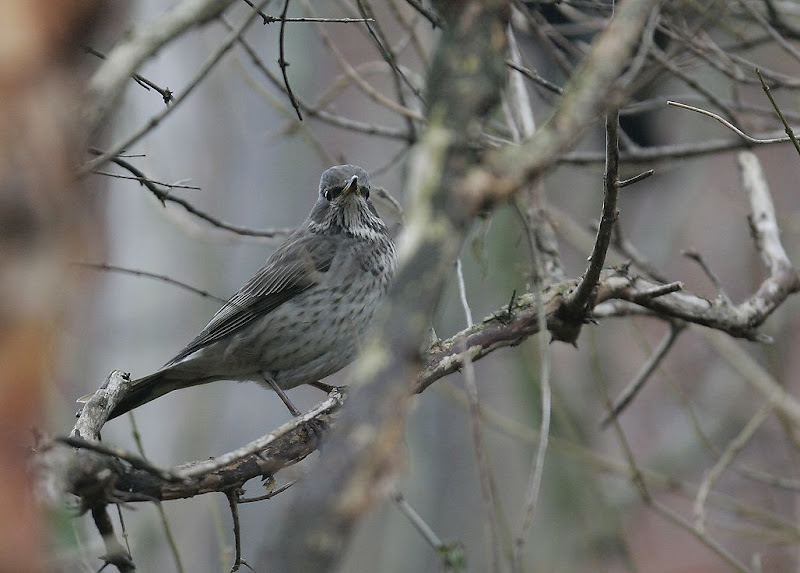 ...to be continued. It's late, and I am tired after Shaun woke me up last night when he needed the toilet...

Posted by Jonathan Lethbridge at 23:14