School was off today, and outdoors was sheet ice, so we stayed put. Boredom potential high, but we kept ourselves occupied with an art session, with a Star Wars DVD, with pasta, bacon and baked beans (demolished with gusto, lesson learned...), with vacuuming the whole of the downstairs, oh joy, and with a mammoth garden watch. Of these activities, it will not surprise you to learn that the last one was, on a personal note, the most satisfying. Much as I enjoyed the vacuuming - and at this time of year there are many sneaky pine needles to be hunted down - the garden watch was awesome. 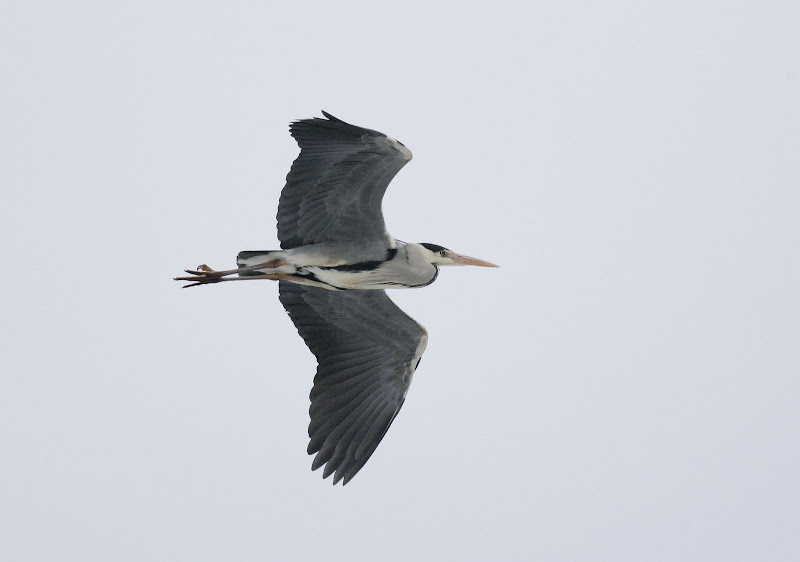 To start with it resulted in the best ever species count, peaking at 27, with a late Wren, an even later Grey Heron, and at least fifty Fieldfare, but best of all a garden tick - the first significant tick of 2010 as far as I am concerned. Some unknowing dog-walker out on the Flats flushed a Snipe, it towered up and over Lakehouse Road, and for all of about thirty seconds was visible from my terrace, and in an amazingly fortunate coincidence, I was on my terrace and looking in the right direction, which as it happens was left. I know you are stunned and envious. I have this unfortunate habit of becoming really really excited at insignificant local birding events, and so all the usual took place - arms to the sky in salute, inability to use camera, "SNIPE!!!" proclaimed very loudly etc. Anyone walking down the street, or indeed the next few streets, would be forgiven for wondering what was going on, speculating on what had driven a nearby householder to such depths of patheticness. I make no apologies, this was a tick of immense proportions. Just think about the combination of circumstances needed. Exactly - MEGA.

My hoped-for Lapwings never appeared. Perhaps they only move towards the beginning of a cold snap, and until it warms up we won't see any new movement back again? And I didn't see a Sparrow all day, in fact the feeders attracted the grand total of a Woodpigeon, a Great Tit, and a naughty Squirrel.

It's dark now, and I have ended the first week one shy of fifty for Wanstead. A Herring Gull this morning was #49, and I really would have liked just one more, but nevermind. I got Snipe on the garden list, and all is well with the world. The house is warm and cosy, the floor is still fairly clean, we drew the Test Match, and a Lancashire Hotpot is simmering gently in the oven - another new recipe to test out on my eager and appreciative brood.

Posted by Jonathan Lethbridge at 16:44