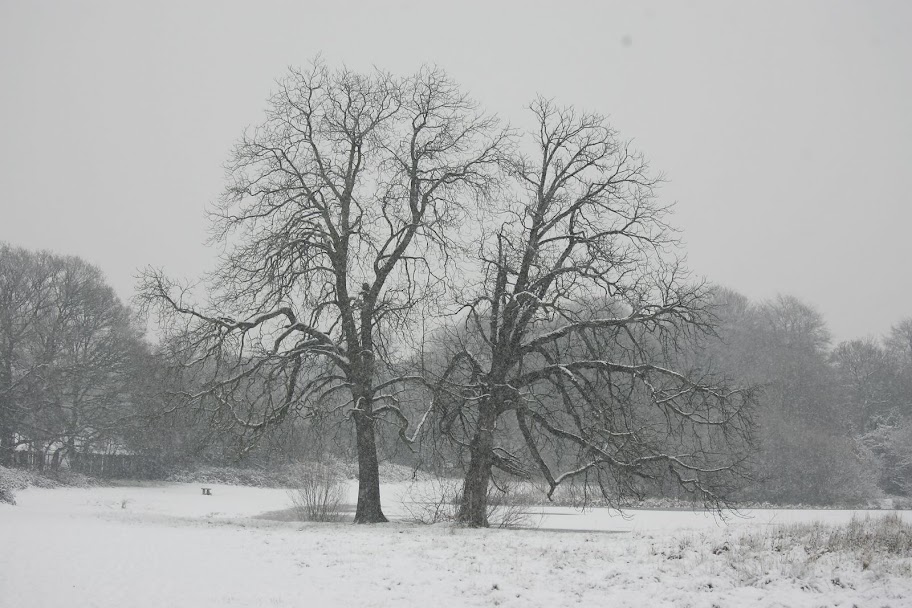 Real snow. Proper snow. None of this crappy dusting, thick frost stuff that gets labelled as snow. This was real snow. Readers in Moscow are probably scoffing, but I even put the Landrover in low ratio this afternoon on the school run. I didn't need to, strictly, I just wanted to. And great fun it was too, 18mph in fifth gear, immense traction, and no pirouettes like I saw another car do. 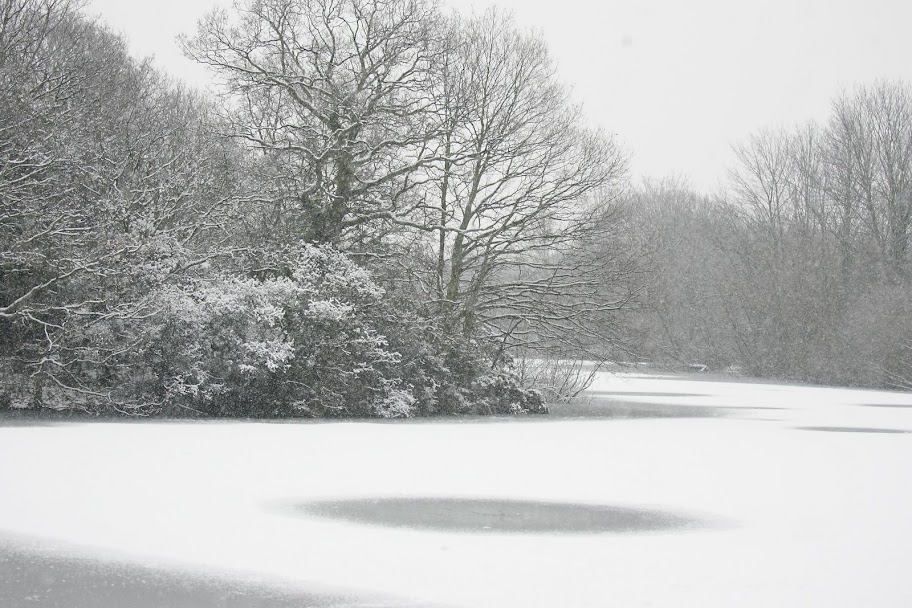 Heronry Pond. Just look at all the birds!

I had a brief meander around Wanstead Flats while the girls were sleeping - didn't score too many brownie points with Mrs L when they woke up and I was half an hour away in thick snow. I managed seven ticks before the weather closed in completely, including bright green parakeets which was incongruous to say the least. Finally got a Tufted Duck and a Shoveler, but best bird award goes to the Snipe down near Jubilee Pond. The flock of 22 Skylark feeding in the snow was very nice too, and easy to count for a change. 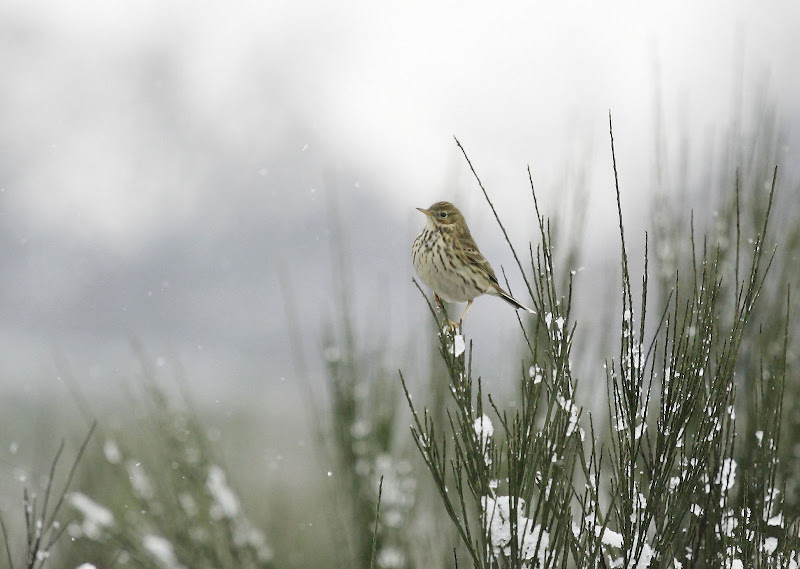 There were people everywhere, out enjoying it. And why not. We did too, but in the garden, where a snowman was the first order of the day after the school run. I don't recall too many snowmen when I was growing up, but so far my kids seem to have had the chance more or less annually. And they'll get the chance again tomorrow as school has been cancelled. 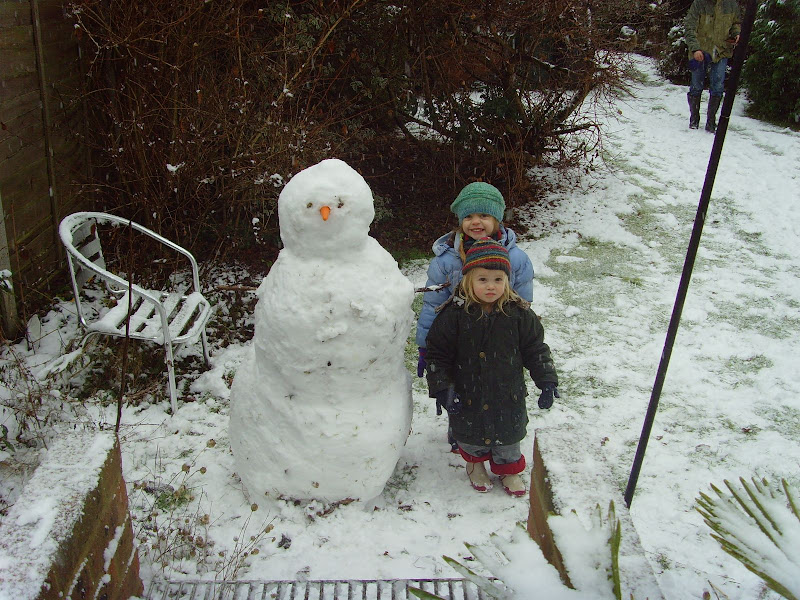 My 2010 professional goals are not going so well. It is only the 6th of January and already Mrs L has complained that she hasn't seen me do any cleaning. I retorted with news of a freshly cleaned sink, but after inspection limescale was still deemed to be present. Pah. She also warned me not to cook omlette for dinner, but this went unheeded - if they can eat boiled eggs, they can eat an omlette, or at least that was my thinking. Think again. 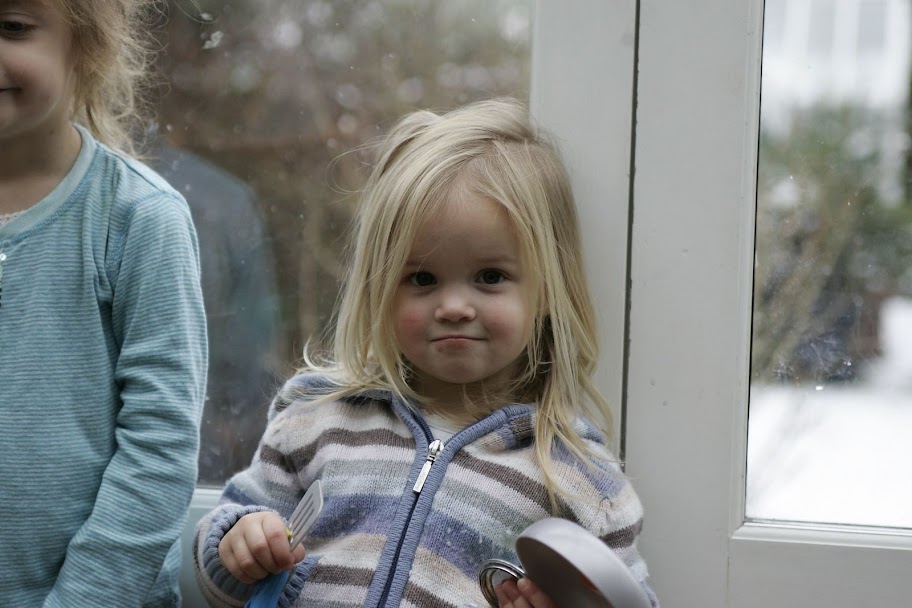 "So you reckon I'm going to eat omlette do you?"

On the birding front, Wanstead is well underway at 48, and this is without Sparrow or Sparrowhawk. Hopefully I'll break 50 in the first week, which ends tomorrow. I reckon I stand a decent chance of a Lapwing tomorrow as well, as the weather is very similar to that which saw the last ones go over a couple of weeks ago. My Rainham list stands at 80, with such gems as Bearded Tit, Great Skua, Serin and Glaucous Gull, and loads of easy stuff left like Grey Plover and Water Pipit. No ticks of any description for Essex or London, but I'm fairly laid back about it for now, plenty of time, and I'm enjoying the patching. You can chart my progress on the right. 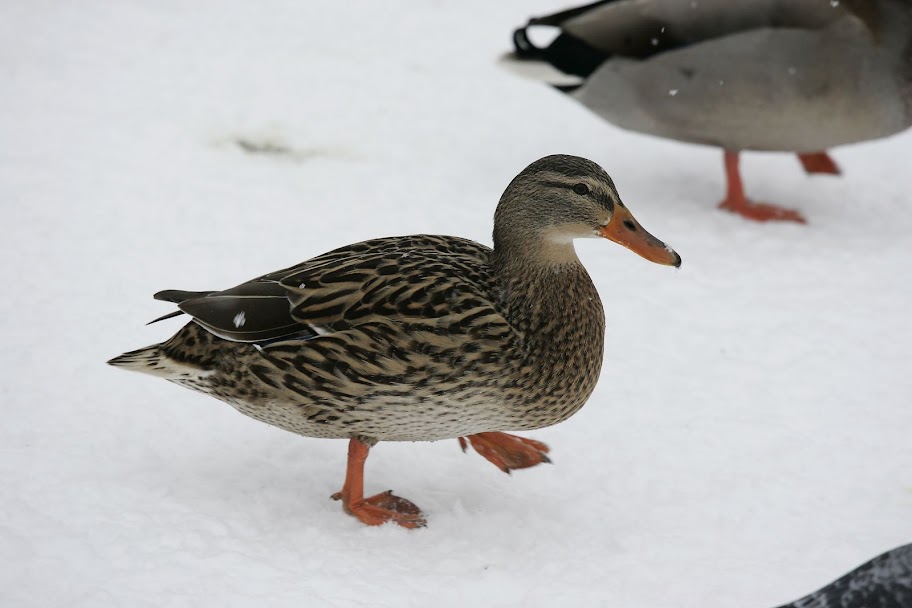 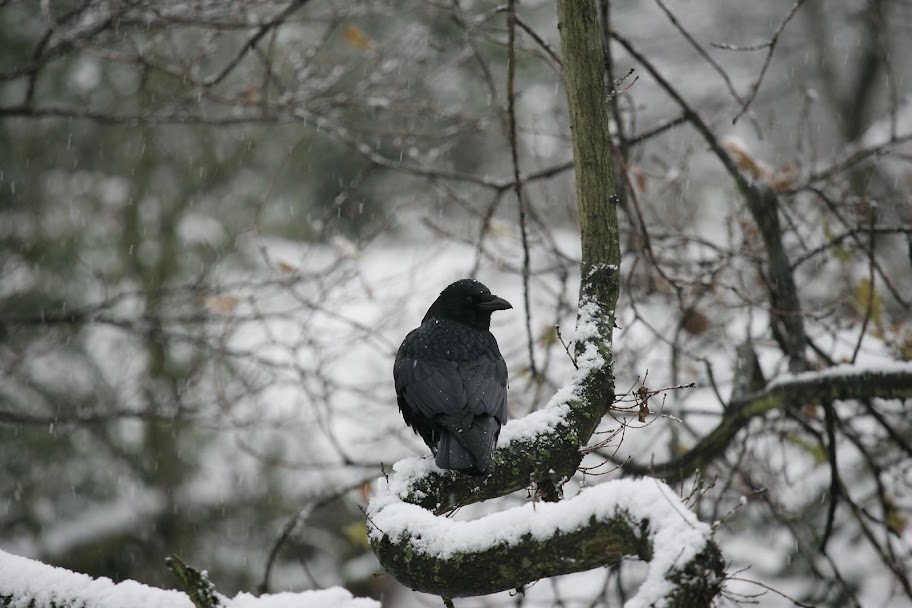 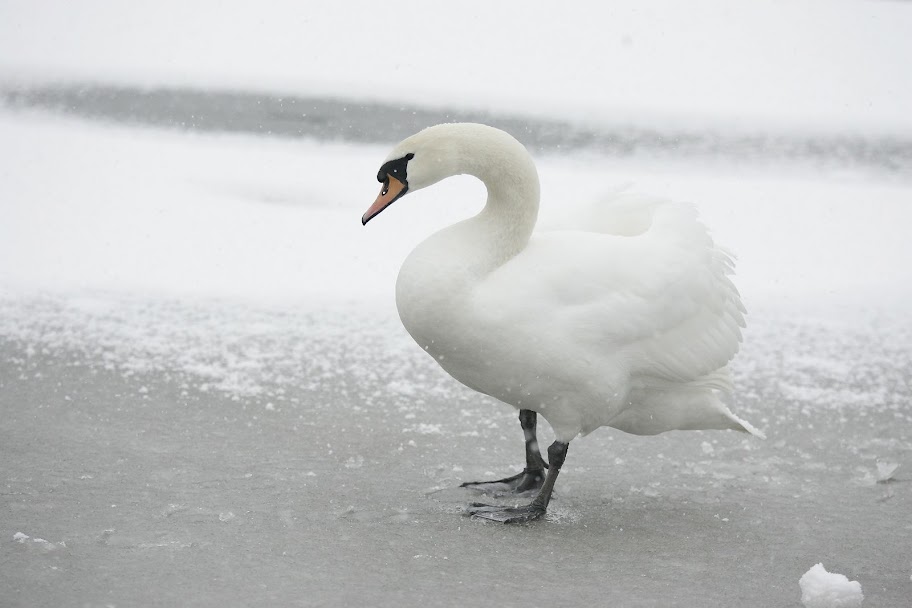