Yesterday I finally got that elusive 119th species for the patch year list. This is the one that surpasses 2013 to make it my most productive ever patch year. Covid has been awful for many reasons, but time on the patch has been perhaps one of the few silver linings, and I think many of us locally have seen our lists of all types increase dramatically. For me it has mostly been my garden list that has benefitted, but I've also had four patch ticks as the year has progressed. Three of those were unsurprisingly from the house, although Whimbrel was subsequently seen whilst out and about a few days later, with the final and latest addition the two Common Cranes in September. I won't forget those in a hurry. The final target for 2020 was to beat my previous best score, and I was beginning to worry that I might fall short. Well, fall equal.

A most welcome White-fronted Goose has ensured I have made it over the line. A blog post I did a couple of days ago laid the foundations - tales of wild Geese, winter Swans and other goodies swirling around the edges of London in the murk. Yesterday's weather was more of the same, a rank start that didn't really improve much as the day went on. I spent the first hour on the balcony peering out into the gloom. At around 7.30am a flight of around 40 Greylags came through on their usual early morning commute from Walthamstow. They sounded like Greylags, but it was impossible to discern any details. Five minutes later another 16 came along. It was a teensy bit lighter and the birds were a teensy bit closer. This allowed me to at least establish that the regular very pale bird was amongst them, but nothing beyond that.

Meetings beckoned. Meetings always beckon. But late-morning I managed to create a small window and headed out for the patch. Tony "prescient" Brown had suggested that the patch could be harbouring a decent Goose, and nearby Walthamstow had one as did Regent's Park. With a spring in my step I hastened over to Alexandra Lake.....and found nothing. Well, not nothing, but roughly the same number of Greylag that had flown over in the morning, including the pale one, and all the usual fare. I surveyed the western end from the mound, and then walked the southern edge of the pond stopping at the eastern corner and looking north. Nothing. Nada. Nichego. I returned home via hundreds of Common Gulls and not a lot else, but hey, at least I had tried. You have to be in it to win it.

The first message on my phone upon my return home concerned news of a White-fronted Goose. On Alexandra Lake. The same Alexandra Lake I had just returned from. Well that's a bit odd isn't it? Bob and Nick trundled over there and confirmed it, and so a short while later I had no choice but to manufacture some more time and head over myself, this time by bike. It is hard to describe my feelings. I would like to think that if I went out specifically looking for a White-fronted Goose that I wouldn't look straight through a White-fronted Goose. I suppose it could have been hiding around the corner, certainly it was not associating with any of the other Geese, but there remains a tiny niggling feeling that I've dropped a real clanger. It would not be the first time would it? I would swear it wasn't there when I was but I suppose I will never know. The happy ending to the tale though is that at the end of my short cycle ride a White-fronted and 119th Goose was waiting for me. This is only the third time I've seen this species on the patch in fifteen years, so a real rarity. The last time was in October 2016, which still ranks as one of my all time greatest patch moments. I didn't have a camera yesterday, but happily the goose was still there this morning when I did and the weather had improved dramatically. The big question now is whether I can add one more for a nice round 120? I know, I know. Never satisfied.... 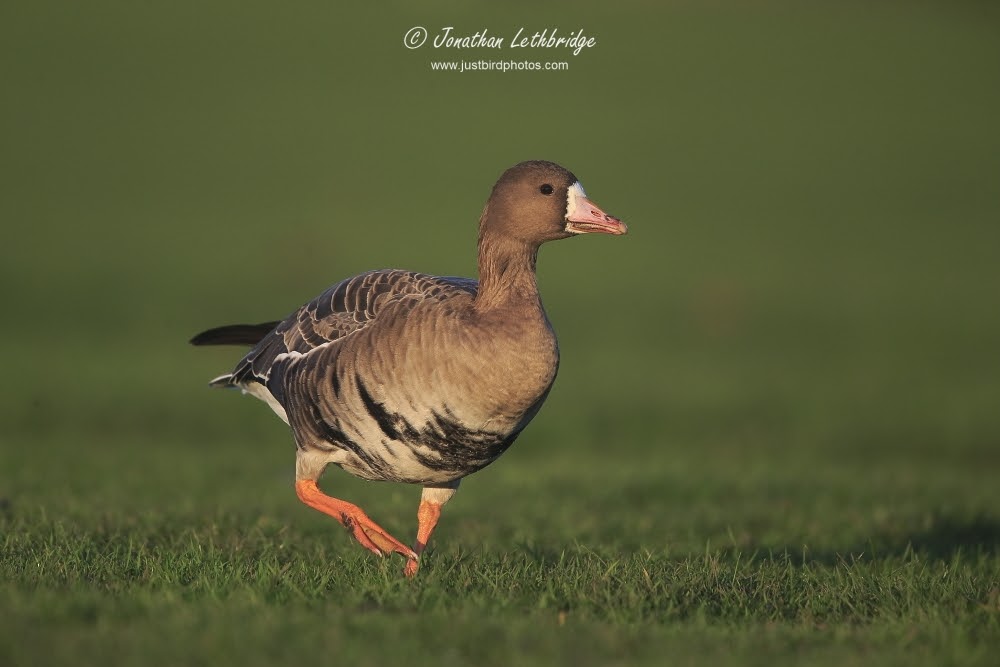 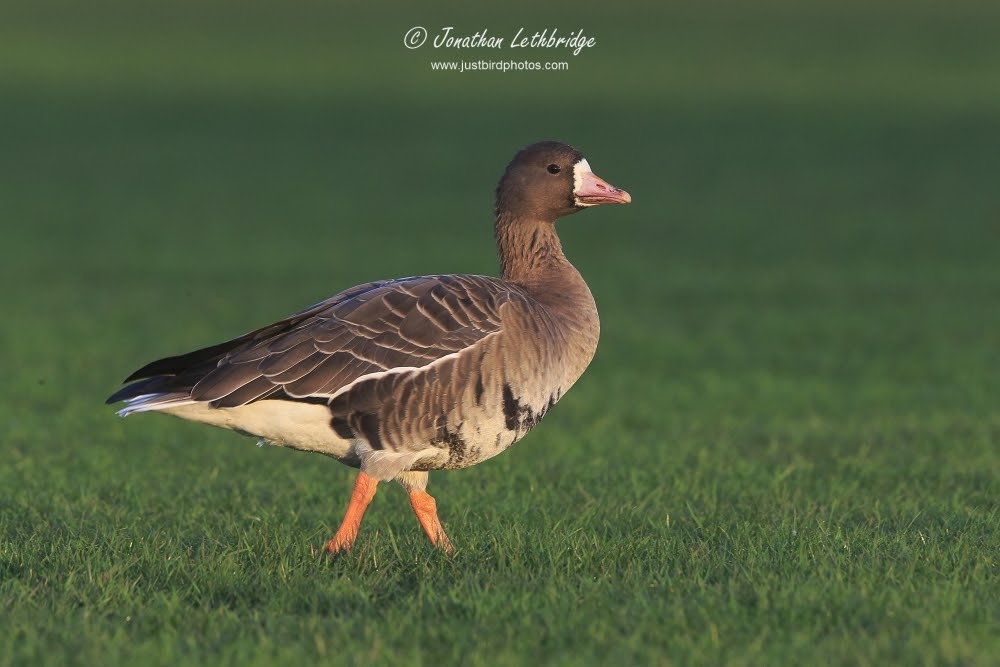 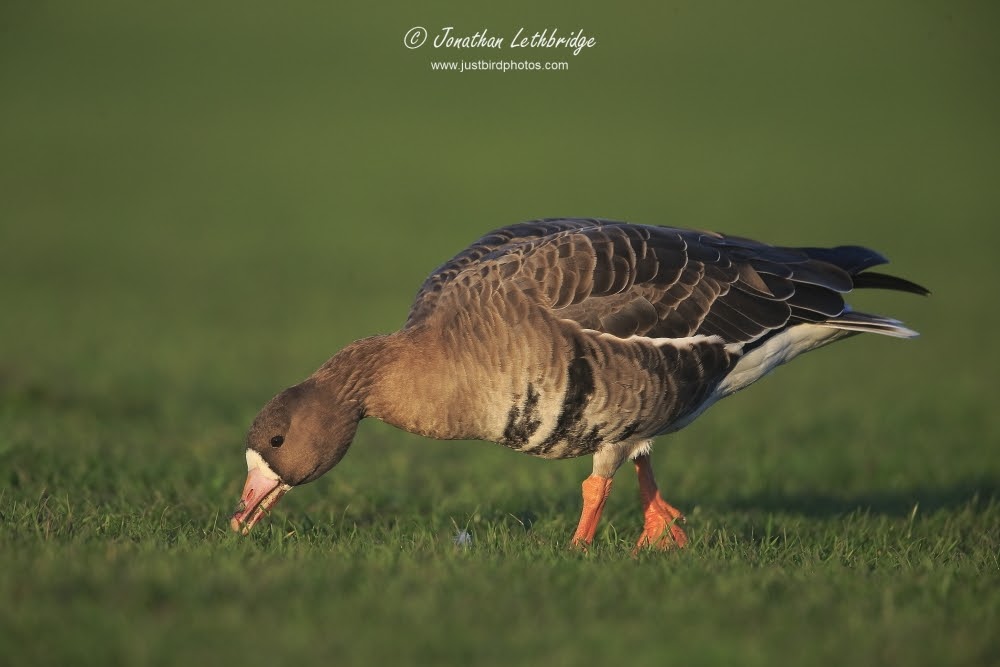 Posted by Jonathan Lethbridge at 17:03