Would that I lived somewhere with a clear horizon, or had more of an ability to get somewhere with a decent view when a glorious sunset seems likely. I expect that there will be some sublime photographs from the river today, but to be able to survey the glow even from the lowly confines of Chateau L was pretty special this evening.

I was facing inwards as usual, but was alerted to something special by one of the kids. Turning and walking towards the window I could see what my daughter meant. Wow, just wow. I am sure I have done blog posts like this before, blog posts that fall woefully short versus what my eyes can take in. This is another I'm afraid. It's all rather odd, the weather has been cruddy all day - no snow as in some parts of Suffolk and Essex, just a rather bleak grey sky with occasional scudding rain. Miserable enough that I elected not to go out this morning despite my shiny new jacket (I cracked) and instead had another coffee whilst scanning for non-existent Lapwings that hadn't been driven west. At some point during the afternoon there must have been a clearing of sorts, one that entirely passed me by, and so the day ended far more stylishly than it had begun. 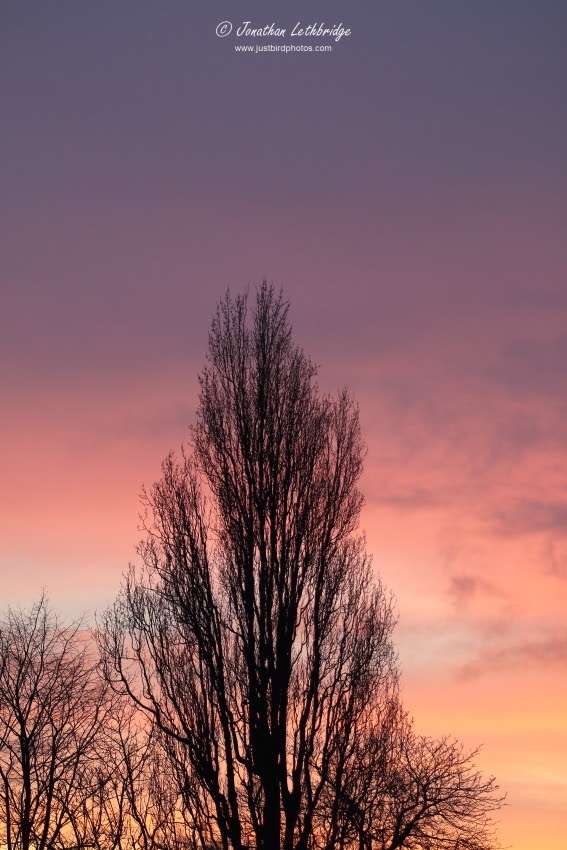 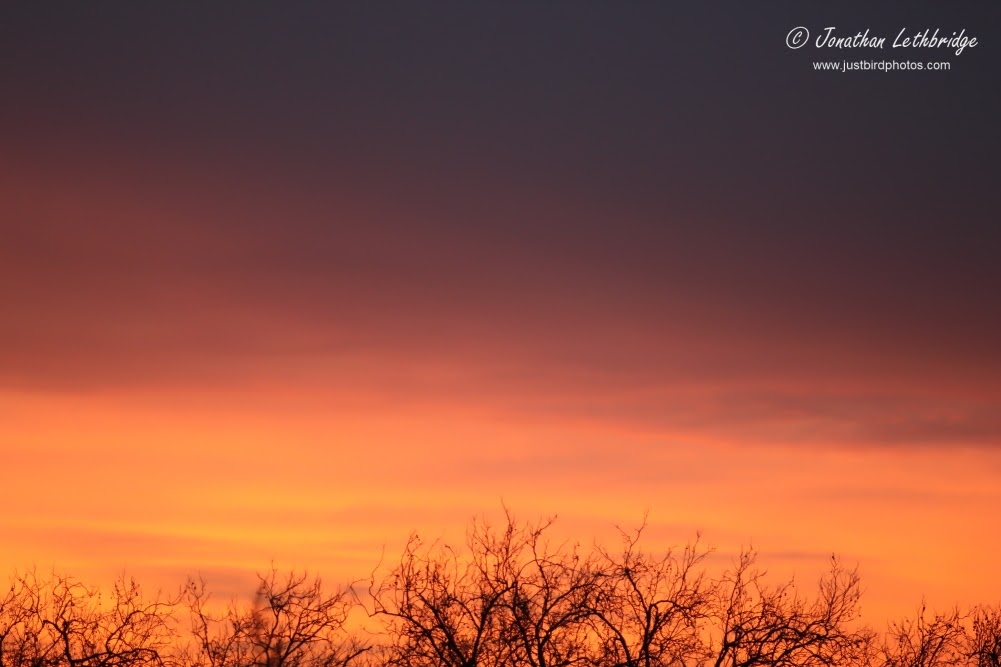 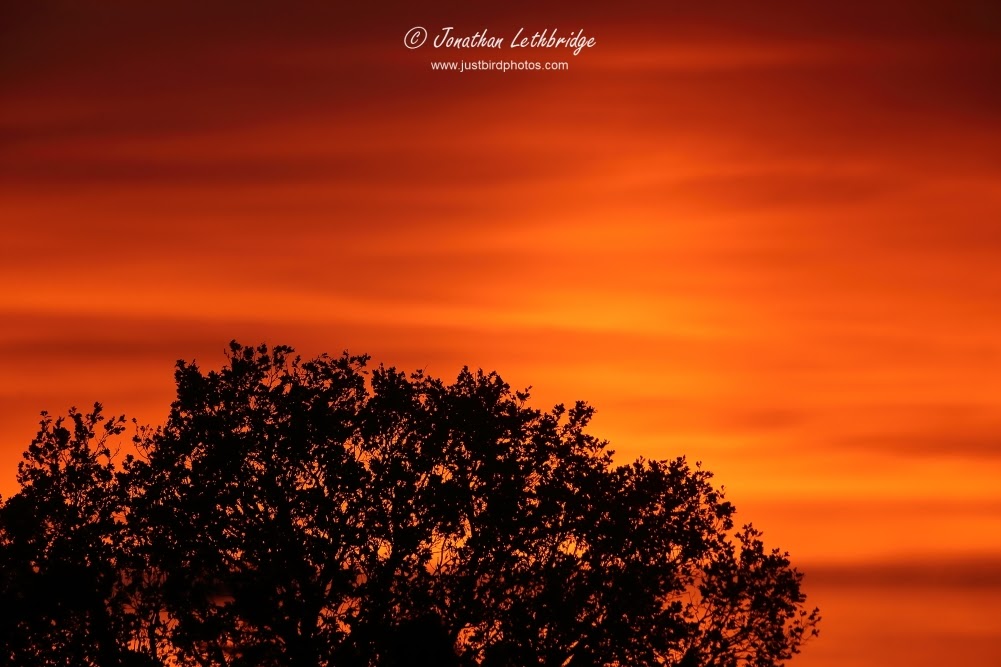 Posted by Jonathan Lethbridge at 18:01