It was very gratifying to see how many people related to that post about needing to talk. I never expected that so many people would actually care, but since I wrote it I have had many more phone calls than I would normally get. Whilst a number of friends have called, what is particularly interesting has been the concern that many large organisations have shown, and my phone has been off the hook with BT, Microsoft, Amazon and even HMRC calling me up, sometimes several times a day! Generally their inquiries have tended not to be about my wellbeing as such, but rather a concern that my computer might have a problem or that my email might stop working unless they can somehow prevent it by getting access to it, that kind of thing. But there was one very nice lady who called because she'd heard I'd been in an accident that hadn't been my fault. Bless her! I hadn't of course, but she wouldn't have any of it when I told her I was fine and just continued speaking as if she hadn't heard what I'd said at all!  Quite insistent in fact.

Anyway, I'm totally fine. I had a lovely day out birding in Suffolk on Sunday, the first substantial trip anywhere for weeks and it was glorious. 89 species in a few short hours, including my first Water Pipit for nearly two years. I had thought about going to Cornwall to twitch that Sociable Plover but it was just too far and these days you can't really share a car. A shame, but I've seen some good birds this year and am very satisfied with my lot, so as a far more wholesome experience I headed east to the coast. No camera so no photos, but the weather was sublime and an almost complete lack of other human beings sealed the deal.

On an unrelated matter, if you are with BT and you do happen to get unwanted phone calls you can type 1572 into your phone after you get one and it will allow you to block the number you were just called by. You never know, might be of help to someone. Here, have a Redwing. 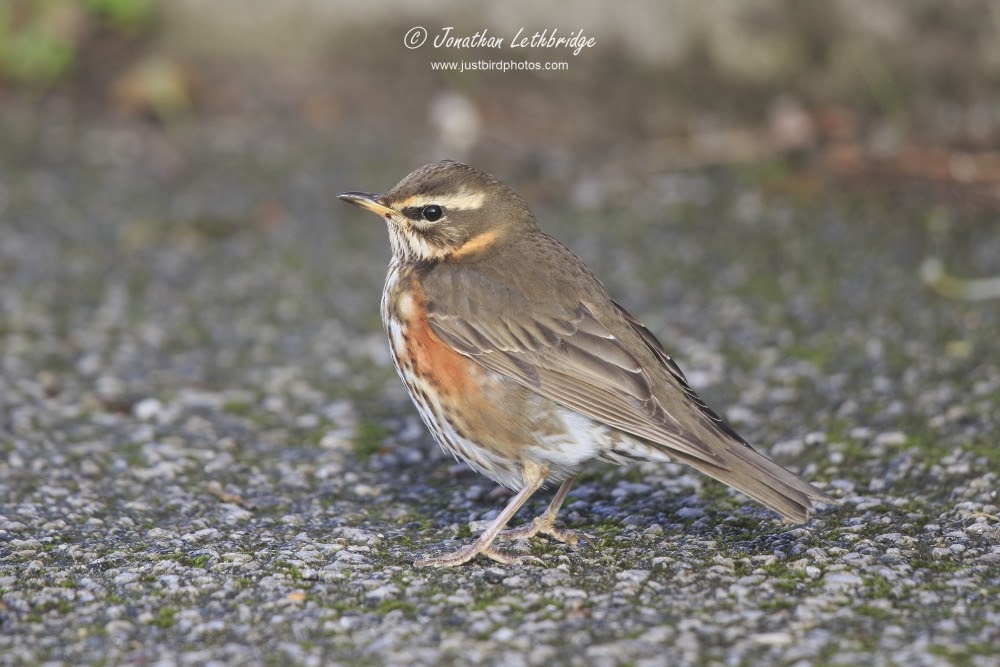 Posted by Jonathan Lethbridge at 17:48