I had been looking forward to today for upwards of twenty years. I was going to photograph the Brown Pelicans on the cliffs at La Jolla, inspired by Arthur Morris, back in the day a formative influence on the type of images I was striving for. I arrived before dawn as parking can be problematic, and remarkably who should park up next to me but the great man himself. What are the chances of that? He is a sprightly 70-something now and still out making great photographs very day. I introduced myself briefly but he was with a client so I felt it best to leave him to it. I was able to hear his teaching style though, explaining everything he was doing, why he was standing where he was and so on. 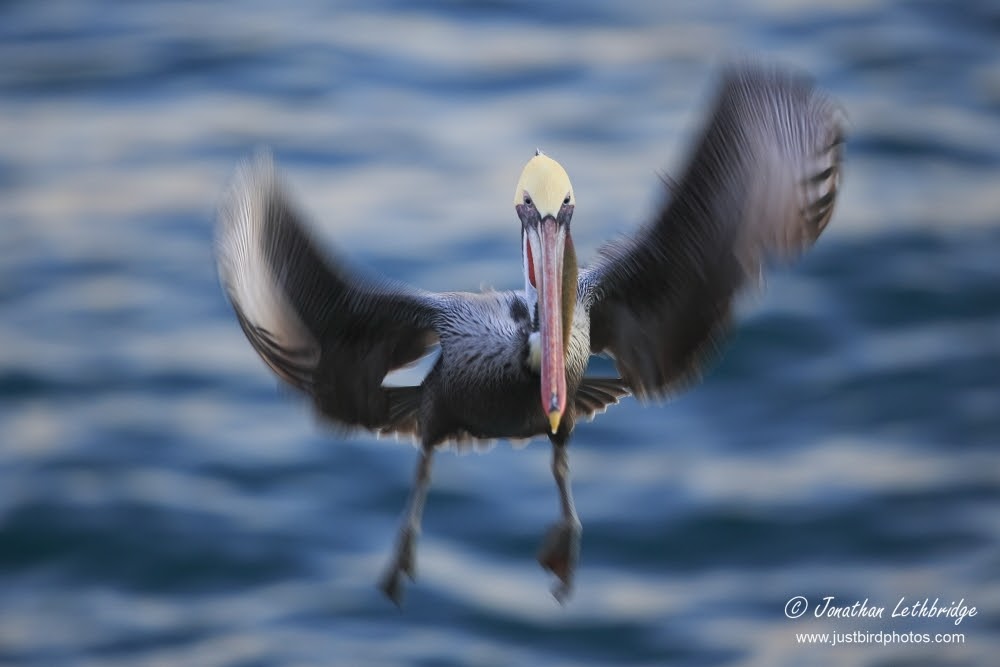 I enjoyed a fabulous couple of hours of Pelican photography - see separate post - before succumbing to the lure of birding, heading down to the cove past the Brandt’s Cormorant that nest right next to the pavement. Plenty of gulls as well, including Heerman’s Gull which all things considered are pretty fabulous. In the gardens near the Bridge Club I found my first Allen’s Hummingbirds, feeding on flowering trees with Anna’s Hummingbird. The commonest birds were probably Yellow-rumped Warblers. 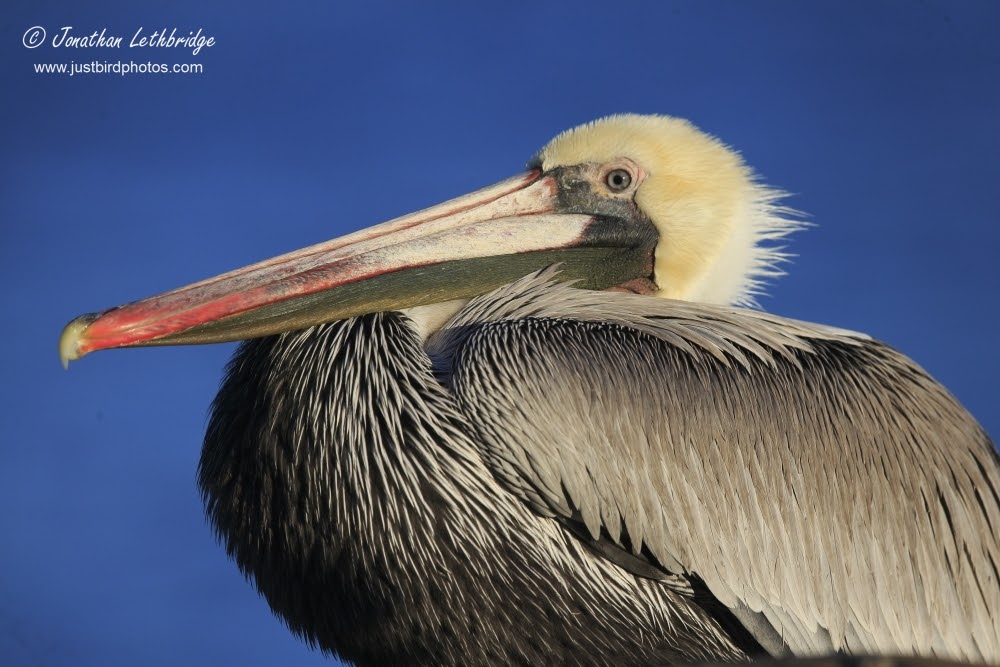 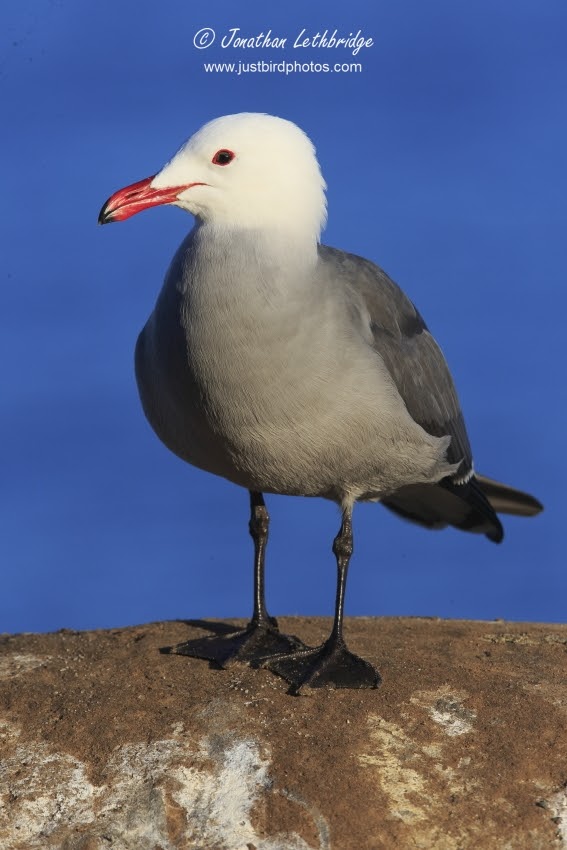 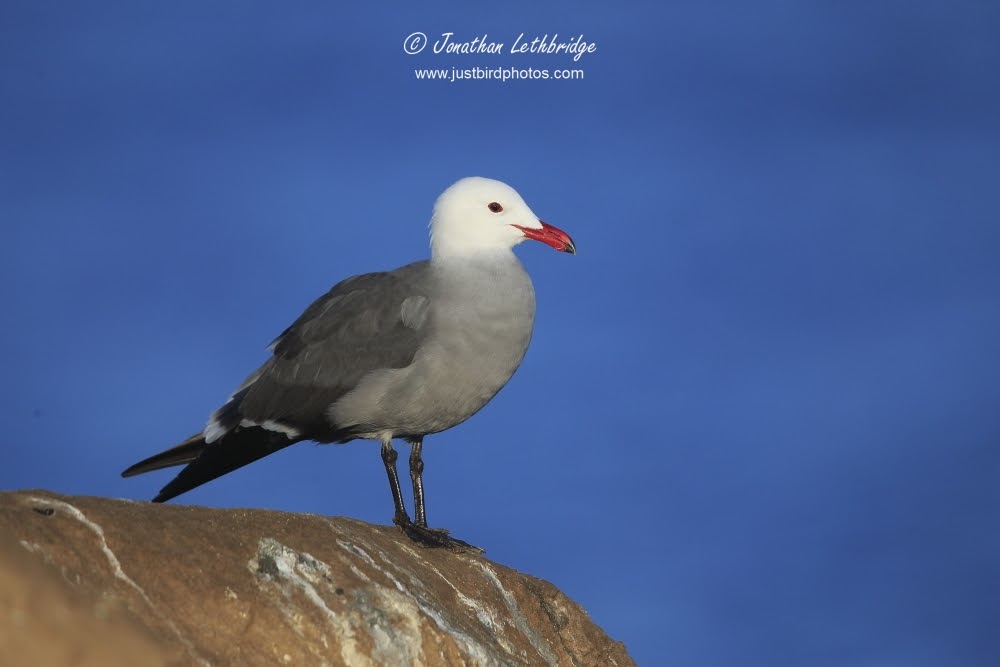 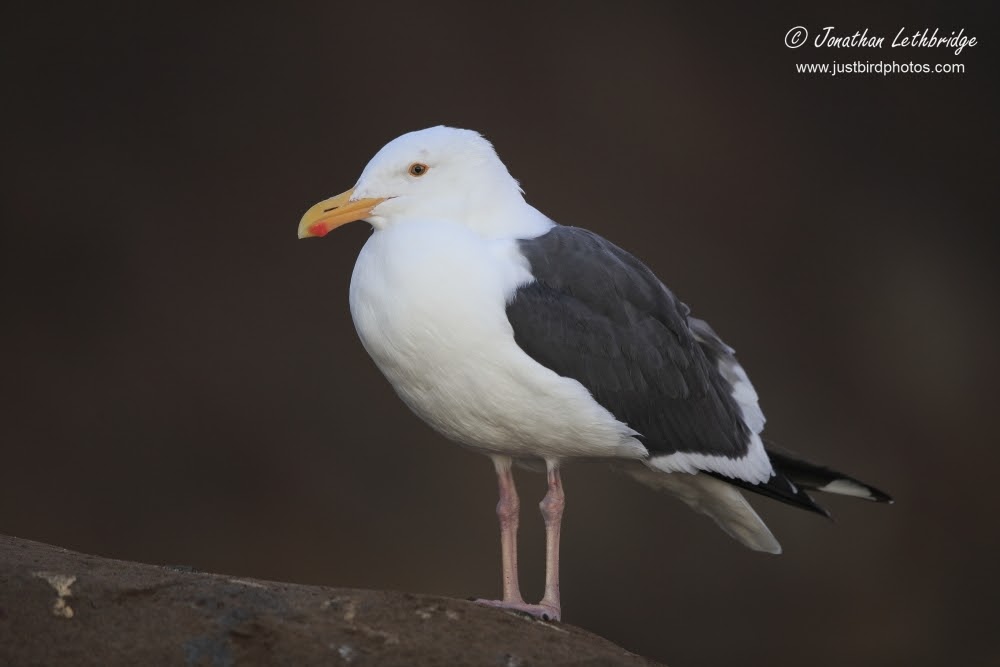 Next stop Mission Beach where I was able to briefly scope the south jetty from the north side for the resident flock of Surfbirds, but as it was a Saturday morning the car park was already packed and I couldn’t get a space which limited what I could do. From here I drove across to the Poggi Creek Greenbelt in the suburb of Chula Vista. My target here was a wintering Thick-billed Kingbird that was reported regularly from Rancho Drive, and sure enough I found it atop a bare tree almost immediately. Other birds here included lots of Anna’s Hummingbirds, Black Phoebe and House Finches. In the scrub to the south of the houses were California Towhee, Blue-grey Gnatcatcher, Say’s Phoebe and yet more Hummingbirds of both species.

Heading towards the Mexican border I stopped in at Nestor Park, a rather small and plain city park area. Here I found Ruby-crowned Kinglet and Townsend’s Warbler in the pines, and Hutton’s Vireo in some deciduous trees. A group of Cedar Waxwing were in the car park and once again both species of Phoebe were present. My plan had been to go explore the border at the west end of Monument Road, but the Border Patrol had closed the road. Instead I had a brief walk around the Tijuana River NER where I picked up a group of House Finch, a White-tailed Kite and several Ravens.

My next stop was well inland, Lindo Lake. My tactic on this trip had been to research both the birdiest locations as well as the places where I could find new ABA birds without going too far out of my way for any single bird. Lindo Lake was very suburban and extremely busy, but also absolutely crammed with birds. There is a medium sized lake, and when I visited a field adjacent to it had flooded and this was covered in dabbling ducks – hundreds of American Wigeon, Ring-necked Duck, with upwards of 50 each of Canvasback and Ruddy Duck. My Ebird Checklist is here. My main reason for visiting was an out of range Grey Flycatcher which I found at the far end of the flood, as well as a pair of White-fronted Geese which were on the main lake with Wood Duck. Four Red-crowned Parrot flew over, and I found my first White-breasted Nuthatch in the trees around the lake.

I continued east into the hills, arriving at Paso Picacho Campgroud in Cuyamaca Rancho SP around an hour before sunset. This was a site for Pgymy Nuthatch, another North American species high up on my wants list. Although a cold wind was blowing it was pretty easy to track one of these down in the tall pines near the car park. These trees were also a stronghold for Acorn Woodpecker, with several heard and seen. The only Band-tailed Pigeon of the trip was here along with a small flock of Dark-eyed Junco and Lesser Goldfinch. California Scrub-Jay was also present.

I drove through the desert to the Salton Sea. The whole experience east of the mountains was slightly bizarre actually - a whole community seems to exist in the desert here, full of long-term campers driving souped up quad bikes and dune buggies. The desert was lit up with spotlights and a full colour spectrum of LEDs as people roared across the landscape churning up huge columns of dust. I have no idea what they were doing, I guess it was just part of the general obsession with burning cheap petrol for no apparent reason. Parts of my drive felt like a scene from Mad Max, I half expected to come upon Mel Gibson driving a tanker. I made it through though, and was able to spend the night in a town called El Centro which has nothing to recommend it whatsoever.
Posted by Jonathan Lethbridge at 18:30