A day in the life of a London lockdown lister

I originally wrote this article for the local wildlife society's Spring newsletter, the WREN Group. The group is active in many different branches of natural history, from algae and plant galls to birds and mammals. It dates from mid-April, and I tried to stick to garden birds and species that local members might reasonably expect to fly over their houses here in East London. The brief was that the readership are not all birders and therefore to keep it as easy-going as possible. And frankly lockdown listing can be as light or as intense as you make it, although of course the slope is a slippery one as I am sure many of you are finding out! 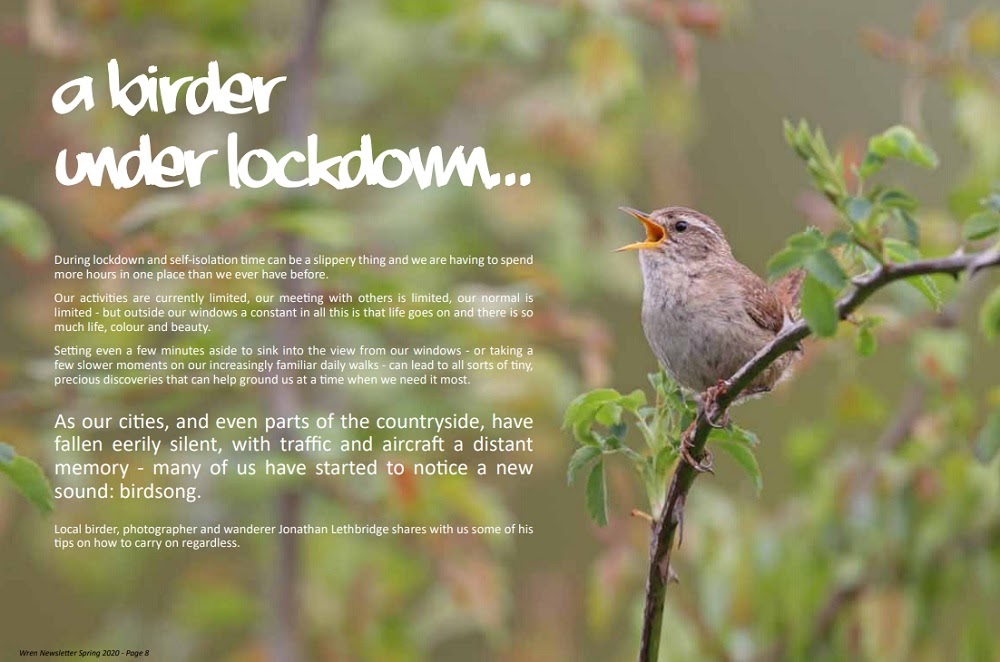 Like many birders I love a good list. I routinely record every bird I see or hear no matter where I am, and as time goes by so a list of birds from a defined place will gradually increase. I’ve lived in Wanstead for over 15 years, and over that time the various lists that I keep have gradually crept upwards. Were I to plot these on a graph over time there would be a clear laggard – my garden.

I think most birders keep a list of birds they have seen from their homes. However most birders also spent a great deal of time away from their homes – birdwatching is principally an outdoor activity, and unless you live somewhere exceptional then generally there is always more productive birding habitat somewhere nearby. In my case it is Wanstead Flats, and given the choice that is where you will find me.

Enter lockdown. I can still exercise on Wanstead Flats of course, but my first few forays I found uncomfortable – lots of people, perhaps more than normal, and not all of whom understood the concept of social distancing. Where I can’t catch this infernal virus is at home, and so that is where I have been spending the vast majority of my time.

It has been a revelation. My previous highest daily total of birds seen from my garden was 30 species, which came from a whole day spent in the garden looking skywards. Now that lockdown listing is a ‘thing’ and more or less my only outlet for birding I am taking it a lot more seriously, and I have discovered that I can get to 30 species well before breakfast. A whole day of effort including listening after dark produced an amazing total of 42 species about a week ago. At this point you are probably thinking that you have only ever seen a handful of birds in your garden, but that is because you have not been looking properly. And more importantly, you have not been listening.

You don’t even need a garden, all you need is a window. I have a second floor balcony which confers some advantages, but all you actually need is a room with a view, and ideally a window that can open. If there is some greenery so much the better, but it’s not critical; you will still see and hear birds.

Here is my typical lockdown listing day. Just after 6am I am out on the balcony with the first coffee of the day. The dawn chorus has mostly died down now, but the local Wren is still belting it out from the top of the neighbour’s conifer.  There is a Dunnock singing too, a rapid and seeming never-ending reel. The local Robin’s tuneful twitters are coming from somewhere too, and the harsh scolding of a Blackbird filters through from a few doors down. Blue Tits are visible in the trees, Parakeets squawk, Starlings chatter, Goldfinches switter and zing overhead, and the resident Woodpigeons and Collared Doves are perched in their usual tree.  A Jackdaw is on the chimney pots, the rough call of the Magpies betrays their presence, and the caw of a Crow comes from behind the house as a Feral Pigeon flies past. I take my first sip of coffee. I’ve been outside for at less than a minute and the list is up to 14 already. Of those I’ve seen seven – knowing bird calls is important but not vital. If you spend any amount of time in a confined space with a population of resident birds you will get to know their songs and calls soon enough. In fact you won’t be able to avoid learning them. Despite what you thought lockdown is actually good for you. 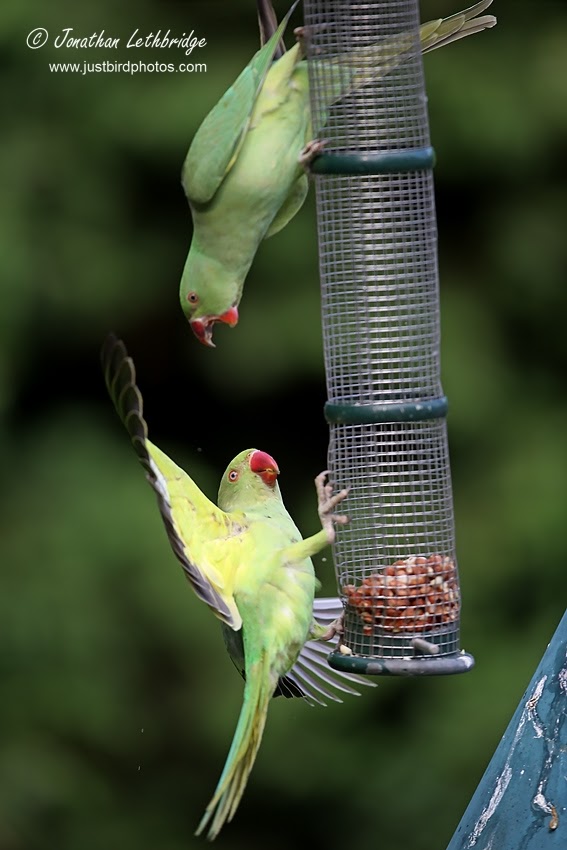 It begins to get harder of course. I know what birds to expect, it is just a question of them playing ball and early morning is the best time. Sure enough there are soon some Mallards scudding around – pretty much the only duck that takes to the skies in Wanstead at the moment but do look for the curly rear end to be sure. I’m still looking at every duck just in case! The familiar honking of Canada Geese is next, on their way from a roost site to the local ponds. If you are observant it is likely you will also see both Greylag and Egyptian Goose as well, the latter with large white panels in the wing that are unmistakable. They also sound like donkeys….

A commotion! The Magpies and Crows go mad and it is soon apparent why. A Grey Heron is flopping through the gardens, dodging left and right to try and avoid the corvids who view it as a threat to their nestlings. It emits a fearsomely loud squawk as it disappears off over the rooftops.

A dribble of gulls appear. At this time of year many species are still possible, but the most likely suspects are the (adult) charcoal grey-winged Lesser Black-backed Gulls and the light grey Herring Gulls. I get both every single morning without fail as they commute from the reservoirs where they spend the nights to local parks, ponds and rubbish tips.

I’m beginning to listen more carefully now for birds that are perhaps quieter and less obvious, or perhaps simply further away. After a little while a Blackcap sings – a repeated melodious sequence. Listen to a recording on the internet, learn its phrase, and see if you can pick it out.  I think it’s one of the most beautiful of our migrant songsters. Next up is a Chiffchaff. Chiff chaff chiff chaff chiff chiff chaff. Unmistakeable. I’ve only seen it in the garden once during this lockdown period, but I hear it singing on most mornings. Then comes the kik call of a Great Spotted Woodpecker and I quickly pick it up, it’s undulating flight a real giveaway as this largely black and white bird bounds across the neighbourhood.

Teacher! Teacher! A Great Tit is calling, and is new for the morning. It’s 6.30, I’ve been on the balcony for half an hour now and the list is up to 25. This lockdown listing is a walk in the park!

The non-stop period is now over in terms of additions, and now the law of diminishing returns comes into play. How many more can I get before I need to start work?  There are still a few certainties of course – flyover Cormorants, the local House Sparrows, a wheezing Greenfinch, but it is a lot harder to eke anything else out. Nonetheless I would still expect to hear Long-tailed Tit for example, and the local Mute Swans are flying around all over the place at the moment as the dominant males start to force the hangers on from their chosen ponds. I might get a Jay or a Green Woodpecker, and there are Goldcrests around if you really strain your ears. One of the benefits of lockdown is the reduced amount of background noise from cars and planes. 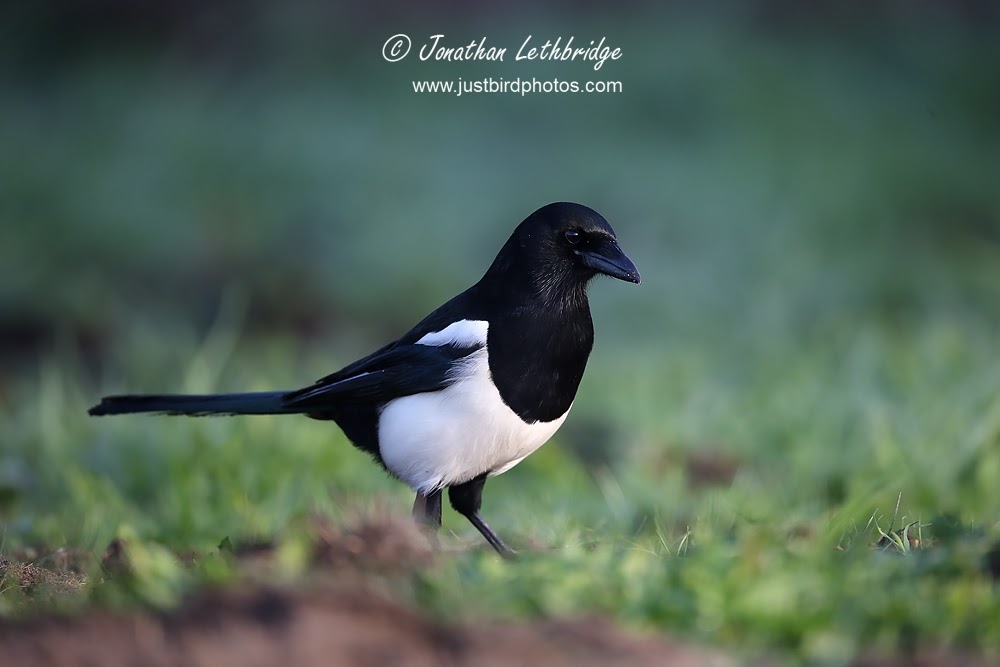 My time is up, I am on exactly 30 species for the day so far and I need to get dressed. Oh, did I not mention this? Yes, 30 species in my dressing gown…..

During the day I am mainly in meetings, but sometimes a conference call can take place by a window…. Sparrowhawks, Buzzards, Kestrels, Red Kites…. I’ve seen multiples of all of these from home during lockdown simply by looking at the sky. I scan with the naked eye, and then zoom in on dots and specks. Some lucky London birders have even seen Ospreys this month. Hirundines are back too, Swallows and Martins steadily moving north, and soon the Swifts will arrive in numbers – I’ll be seeing them every day and I cannot wait!

On some days my birding continues after dark. Ever wanted to try and get Coot or Moorhen on your garden list? During the day is next to impossible for most people. After dark however, indeed sometimes even before bedtime. Try an hour or so in the garden or listening from a window. They sound just like they do on the local pond, but out of context you may dismiss them just as noises of the night. If you have the stamina, or nothing to do the next day you can take this a stage further and stay up all night. All sorts of things fly over London in the dead of night. Sea ducks like Common Scoters that spend almost all their time on the open water migrate overland in April. So too do waders like Oystercatchers and Whimbrel. This is a whole new birding experience to delve into and is known as nocmig (for nocturnal migration). You can do it with your own ears at the cost of sleep and sanity, or for a modest investment you can set up a recording device at an open window and review the results in the morning at your leisure.

My garden list of 16 years has increased by four species in a matter of weeks, having been more or less stagnant for ages. Out of a total in all those years of 83 species, a month of lockdown has seen me record 64, including a Short-eared Owl, a Raven, two Little Egret and seven Red Kites.  My eyes have been opened to the joy of garden birding and to the possibilities of nocmigging. It can’t replace being able to go out, but it is a fine substitute in these trying times.

Stay safe, stay in, and get lockdown listing!
Posted by Jonathan Lethbridge at 18:30