Woohoo! (It's not what you think!)

You'll have seen the title and be thinking "Oh thank f--- for that, he's finally seen a Wheatear."  I am sorry to disappoint, but no, I have not. That pleasure still awaits, but today I am celebrating a patch tick. As I may have mentioned before, patch ticks are good. In fact, they are great. They are trumped only by garden ticks, which gives an indication of quite how good they are.

So, after another fruitless search of likely areas this morning, I strolled over to Alexandra Lake with Mr C. It was 7am, dog-walkers abounded, and expectations were pretty low on the wader front. To our surprise, a Common Sandpiper flicked away and behind us as we approached. Yay! But of course this isn't a patch tick, it is a mere year tick. Pah! Still nice to see though, and we did not complain. Onwards to the anthills, or Wheatear perches as they are known, but still no sign of the longed-for target. The school run beckoned, so I turned for home, thinking to perhaps get a photo of the Common Sand on the way back. As I reached roughly the right spot, a wader nipped past and dropped in somewhere in front of me. Great, still here then. As it passed though, I could have sworn I saw a collar on the bird, but it was gone in a flash. As a precautionary measure, I called Nick and said that there might be a Little Ringed Plover on Alex as well. He hurried to join me, and together we converged on the spot where the bird appeared to have landed. As we rounded a corner, a Common Sandpiper got up, called, and flew back past us round the corner, landing a short distance away out of sight. At this point I was scratching my head slightly, wondering if I was becoming delusional (more so than usual), but I decided to go back and have a quick look anyway. I went back round the corner, and there, stood on the bank, was a pristine Little Ringed Plover. Eh? But who cares, patch tick, get in!

I waved Nick over, and he agreed that it was indeed an LRP we were looking at. He also agreed that the first bird we had seen had definitely been a Common Sandpiper, as had the bird that had just flown around the corner. 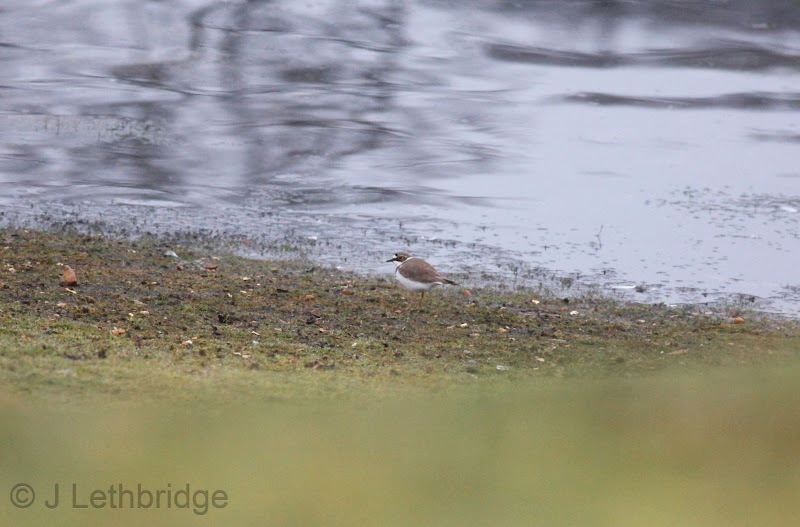 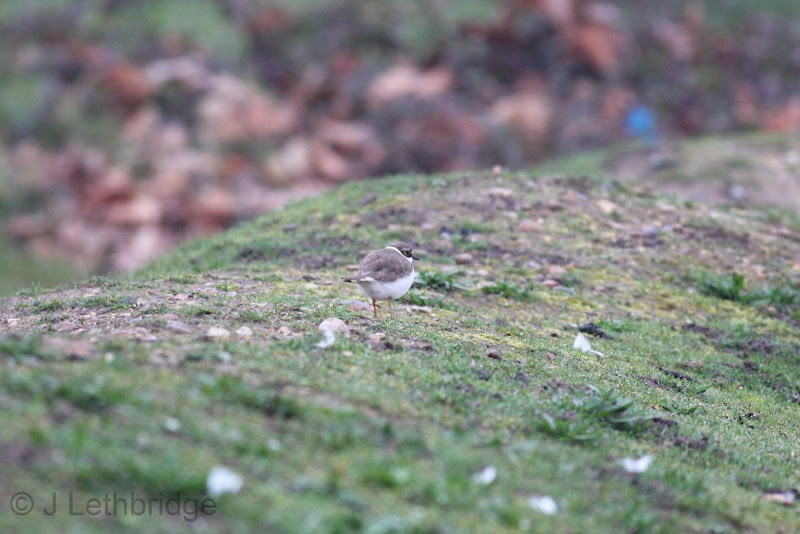 We decided to invoke the two bird theory.
Posted by Jonathan Lethbridge at 17:59