An utterly glorious morning on Wanstead Flats. Out early for the continuing Wheatear hunt, there was a heavy frost, and one of those curious mists that hangs a foot or so off the ground, yet doesn't extend more than a few feet in the air, remaining a narrow band. Clear skies and a great sunrise. Naturally I didn't realise this until I got to the Flats, and then had to return home and get a different lens. I was glad I did. 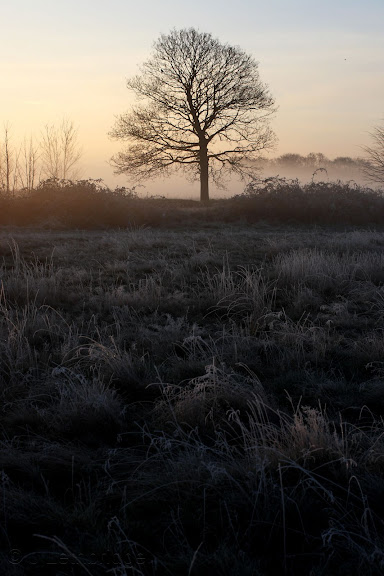 Although there were no Wheatears to be found, it didn't matter. You only encounter these conditions very occasionally, and as soon as the sun comes up the frost melts and the mist evaporates. I didn't have much time, but tried to capture a little of it. 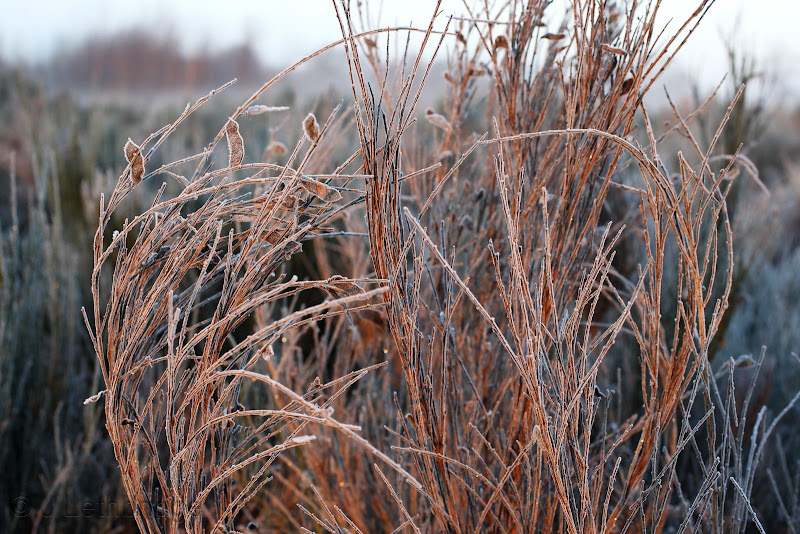 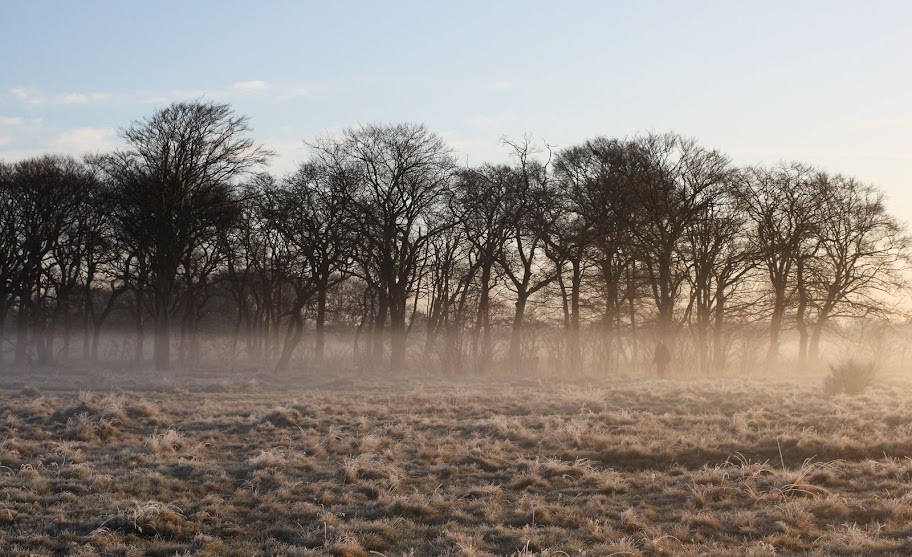 This stunning start was a portent of things to come. On reaching the West Copse, a Lesser Spotted Woodpecker flew in immediately. It spent some time in a tree with two Great Spotted Woodpeckers, and whilst watching it, a Green Woodpecker landed in a Hawthorn through the back. Woodpeckers done. Not sure how many places you can see all three species more or less simultaeneously, but I reckon that's pretty special.

The day got better though. Whilst job-hunting on the Flats mid-morning, I got a text from Mark P over at Stoke Newington which told of a Red Kite flying east. Could it? More importantly, could I? It could. I could. About half an hour later, looking in the approximate direction, I was stunned to find a distant raptor with corvids attached heading lazily east. Jizz very good for Kite, though at that range impossible to get any colour on it, nor see a forked tail. I'm ticking it on flight mode and wing length, which I reckon is good enough. If you think it that's bad, I know of people ticking it who didn't even see it, on the basis that if you draw a straight line between Stoke Newington and Wanstead it goes through their patch! I can't mention who of course, that would be totally wrong of me...

I didn't get the anticipated Common Buzzard, but a Peregrine headed towards WALTHAMSTOW was nice, and there were four Sparrowhawk in the air at once at one stage. A rather good day really. 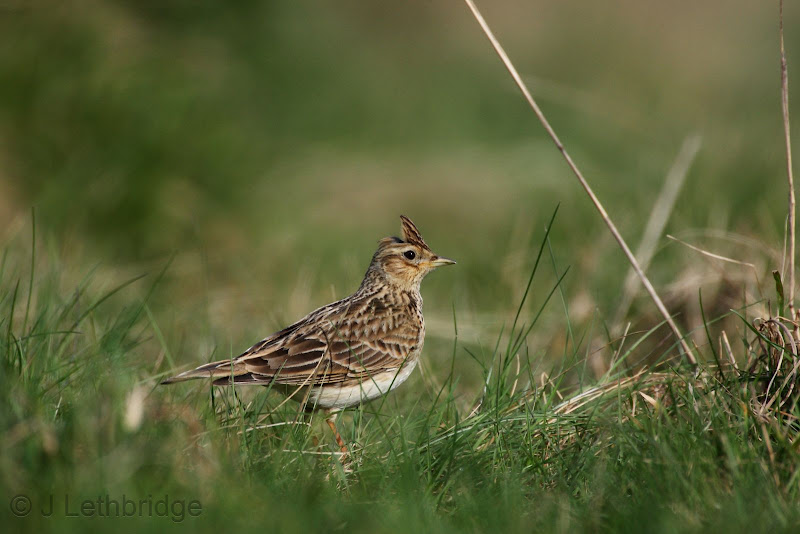 
Posted by Jonathan Lethbridge at 23:10