More from the Baltics, and a boring bit about Cameras

Just a few random photos from the Baltics. I'm pleased to say I am still all toasty and warm, and if the current heatwave continues I am likely to be found wandering around butt naked around Wanstead Park in an effort to remain cool. Not really. In fact, today has been a bit parky, and I put on a fleece whilst at home this afternoon. This is patently ridiculous, as the temperature was probably 5 or 6 degrees positive today. How quickly the body adjusts. Here is a picture of me birding in Estonia - I think I had six layers on, plus my new fleecy scarf wraparound thingy, which a correspondent informs me is called a snood, and implies that it is deeply unfashionable, so last seaon, or too down with the kids, not befitting a man of my advanced years etc etc. All I can say is that without it I might have died. 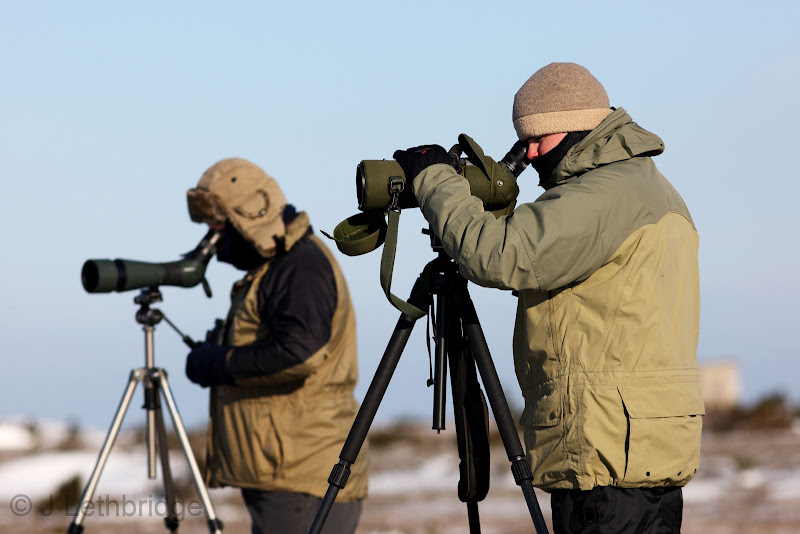 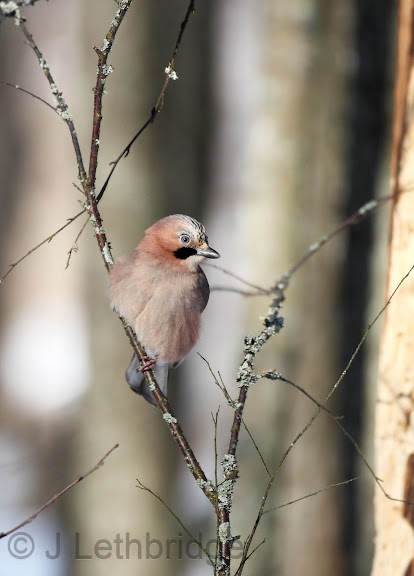 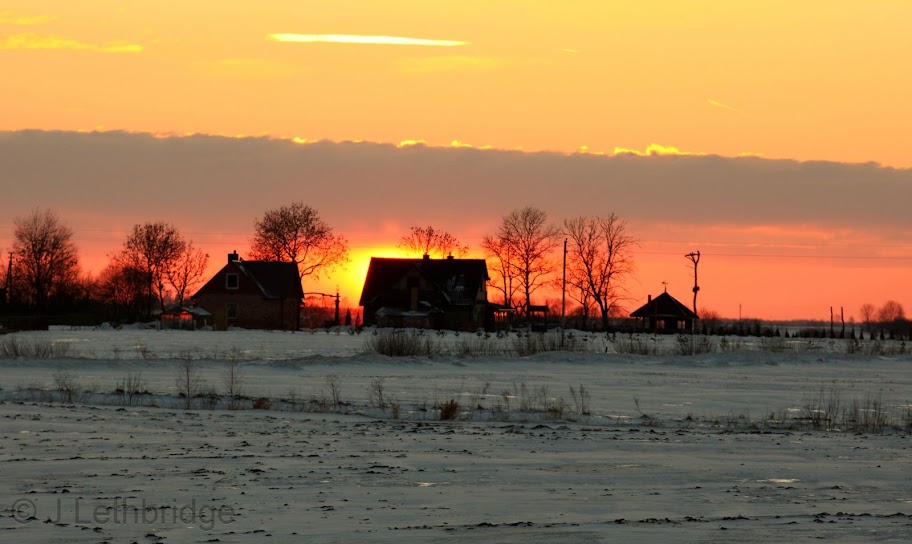 So, that's the Baltics done and dusted, and from now until about April this blog will revert to its usual banal mix of domesticity and Wanstead, with some minor excitement (for the author, rather than the reader) when the Wheatears turn up. About another two and a half weeks I reckon - you heard it here first.

Today I didn't do a great deal, mind you, when do I ever? I had a quick mooch across the playing fields, this time armed with a camera, in the hope that either the Med Gull or Caspian Gull would be there. Needless to say neither was. To be fair, I hadn't expected the Caspian  (or should I say putative Caspian, as the record now needs to be judged by some committee or other)  to be there, large gulls rarely linger, but I had had high hopes for the Med Gull. My only photos of it to date have been a bit crap, so I was hoping to get some proper ones. It was not to be. The overall lack of birds on the Flats had saw me instead heading for the Park, via the Waxwings at Westmorland Close just to the south. I counted 37 birds, and then the whole lot got up and flew off west, probably over my house, though they are of course on the all-important garden list already. Photo on the other blog.

Caution - boring bit
Then into the Park proper, there to stake out the Water Rail and test out the high ISO capabilities of a new camera body. As people who know me will testify, I go through camera equipment like it is going out of fashion, and recently sold my backup camera - sent it to Australia as it happens -  in order to finance (partially) a different one. It's not going to replace my main camera, the autofocus capabilities and frame rate are far inferior and as such it isn't suited to bird photography, however it will do kids, landscape and macro. And, as it happens, Water Rails at ISO 5000. Yes, you did read that right, five thousand. That is almost four full stops more sensitive than ISO 400 which is what I normally use. Which allows me to use a shutter speed about thirteen times faster than I would normally get away with. And that, simply put, is sensational. Now most cameras do of course have high ISO settings, nothing new there. The difference is that if you try and use them you will end up with an incredibly grainy looking image. At ISO 5000, it would essentially look like a sheet of sandpaper with a photo printed on it. Now I'm not going to pretend that the image below is noise-free, but the Rail inhabits the darkest, dankest and most overgrown spot in the whole of Wanstead Park. All previous attempts to photograph it have ended in dismal failure. Today I rocked up, no tripod, no monopod, nothing. Click. Best photo of it I've ever taken. 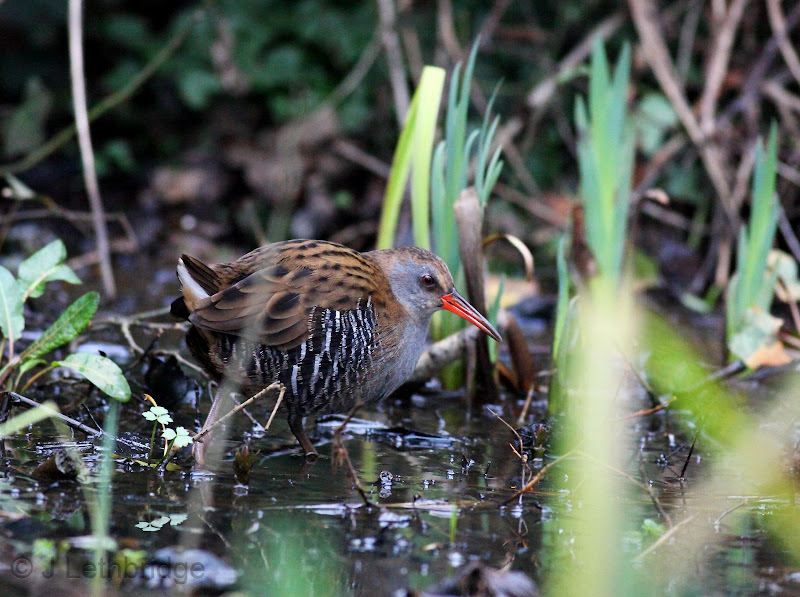 PS, the new camera is a Canon EOS 5D Mark II. I'll try and post some photos in the coming days that show quite how good its 21.1 megapixels are. Something to look forward to eh?
Posted by Jonathan Lethbridge at 19:12