My life is excrutiatingly dull. There, I've said it. This week was the pits. I mean, pleasant enough in its own way I suppose, a bit of sunshine here and there, but I cannot think of a single noteworthy thing that I have done. And by extension, to blog about. Still, not to let that get in the way of a short post,  no doubt a corker.

Moving on, I'm still trying to compile a list of all bird in Wanstead ever. This week - can't remember which day - I read the London Bird Reports from 1940 to 1952. The good news is that they were all pretty short, paper rationing perhaps, so it didn't take long. In those twelve years Wanstead was mentioned perhaps thirteen times. Twelve of those were of breeding Herons in Wanstead Park, and the thirteenth was a uber-rarity, a record of a Buzzard flying over the Flats on September 26th 1949. Rather in keeping with this post. I aim to tackle 1953 to 1960 this weekend during a quiet moment. 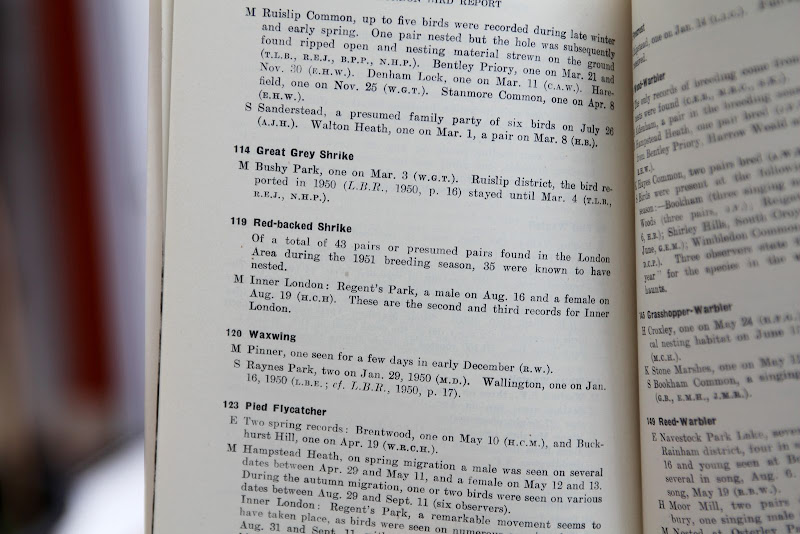 Thirty-five nesting pairs! You know, of course, how many now breed in the whole of the UK? Correct, none at all. It has been twenty years since the last known breeding attempt in the UK. I can't bring you a graph showing the decline, but you can visualise how depressing it would look. I love Shrikes, brilliant little birds - an adult male up on the Norfolk coast last June (huh?) eclipsed by some margin the Trumpeter Finch we had in fact gone to see. Forty-three pairs in London, sensational! I've seen one solitary bird in London in six years. There have been a few others, but I've always been busy. But that's not the point, the point is that back then they were common, just another regular bird. A Buzzard over Wanstead Flats gets more print time in the LBR. 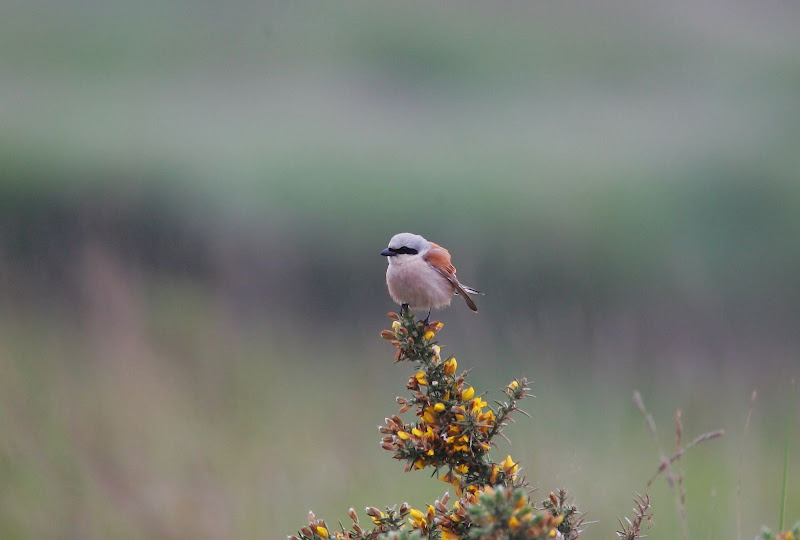 There was an article on the BBC news today about birds of prey making a comeback. It - the article - followed hot on the heels of a scare-mongering gutter press story about Golden Eagles feasting on thousands of lambs in Scotland somewhere. Just what we need. A lamb is worth, on average, about two pence, perhaps three. That's what supermarkets pay farmers in this country for them. They then mark it up by about a trillion percent, making it beyond the reach of most people who would like to eat it, forcing them instead to eat £2.99 chickens pumped full of shite, but I digress. If you read and believe the comeback article, most of our birds of prey at some point have been utterly eradicated from our landscape, and every single one has now made a comeback, either by accident or by design. I'd like to add Red-backed Shrike to that list. Sod the Great Bustards, sod the Cranes. White-tailed Eagles I like, but Wanstead is hardly the habitat. Red-backed Shrikes on the other hand may find it to their liking with only a small amount of work, such as tearing up all the football pitches and planting hawthorns and mice.
Posted by Jonathan Lethbridge at 21:44