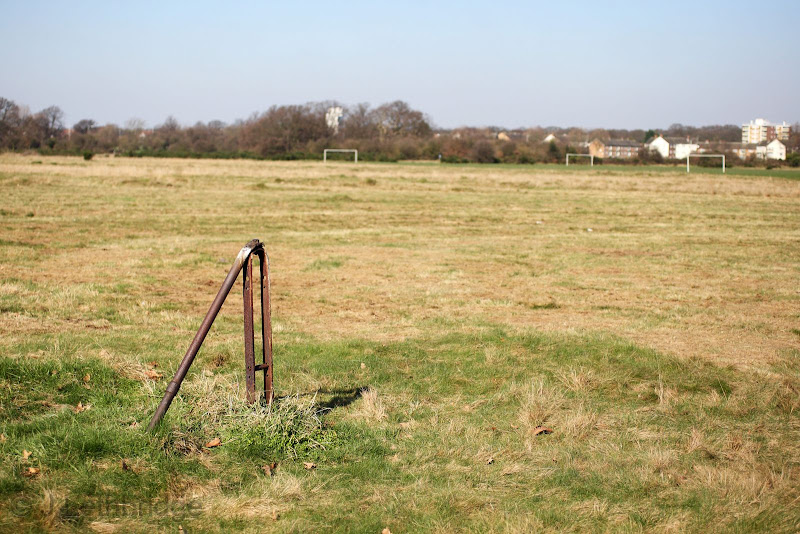 Soon, this old barrage balloon hitch will perform a useful function once again. No, we are not going to war, or at least not that anyone has told me. No, it will provide a nice perch for a Wheatear to sit on. Guaranteed. And when it does, perhaps a week from now, I will be extremely happy, as I am every year. If a year passes and I cannot muster any enthusiasm for the arrival of spanking summer plumaged Wheatears, well that will be a very dark day indeed, and signal the onset of my birding decline.

But it isn't just about Wheatears. Though it is difficult to even consider them at the moment, there are other birds. Many are only just around the corner. So that you too may delight in the glory ofthe spring migration in Wanstead, perhaps even hold sweepstakes from afar, here are my earliest ever spring arrival dates.

Let's start with Wheatear - it is traditional after all.

By the way, I have had both Chiffchaff and Blackcap earlier than the above dates, but with wintering birds it can all get a bit muddled so I've excluded the absolute outliers in March. Science, done. Also, whilst going through my records to pull out these dates, it appears I've never had a spring Redstart here.

Posted by Jonathan Lethbridge at 13:43