If at first you don't succeed, become annoyed and then cross your fingers and hope it stays for one more day. Well, I did, it did, and I saw it. Arrived at Rainham with Hawkeye just after first light, and spent the next five hours on a fairly quiet river watch with the regular crew. Things perked up briefly after an hour or so with a flock of fifteen adult Little Gulls heading up-river, but that was the only bright moment, and I feared some dipping was imminent. It took until after lunch for somebody to report the Great Skua up towards Aveley Bay, so following up on this sighting I went along the old seawall to see if I could locate it, getting cold and wet in the process. Didn't take long before I picked out a dark shape in the mist, sitting high, but I couldn't be totally sure due to the distance and murky conditions. I grappled with the Rainham CB and got a garbled message of the probable out, and then it took off and flew in a big loop around the river, showing that it indeed was the Bonxie. All the gulls went nuts and took off as well, it had a go at few, and then headed on up the river and was lost to view. Shivering, I headed back to discover that the entire gang had seen it fly its loop the relative comfort of the balcony, and indeed that Brenda had seen it from the warm and dry visitor centre. Splendid! Soon after this it actually drifted downstream and right past the visitor centre, thus allowing any interested and warm punters to scope it easily and comfortably, tea in hand. Still, I got it, and that is what counts. For those of you counting (I'm not) that is #209 for London, and really rather unexpected at the end of December. 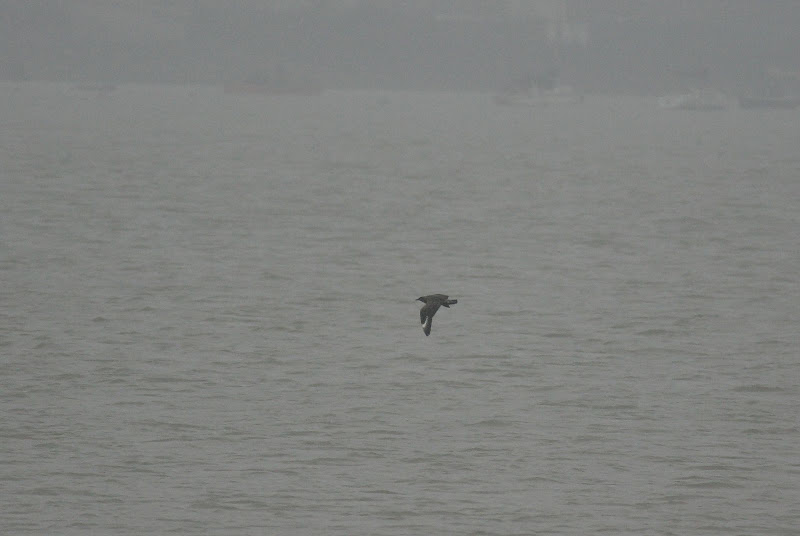 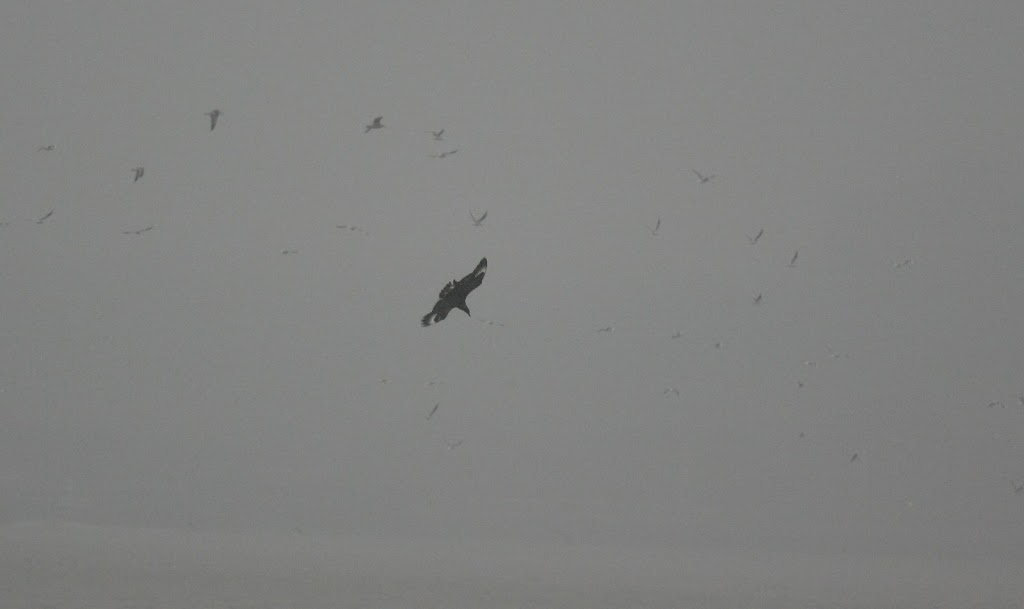 All that needs to happen now is for it to stay for two more days so I can tick it again on the first of January. Ditto the Serin and the Bearded Tits. These three would get one of my entries in the 2010 London patchlist competition off to a great start. I've also entered Wanstead of course, and then as a left-field entry, Norfolk, with which I hope to wipe the board. 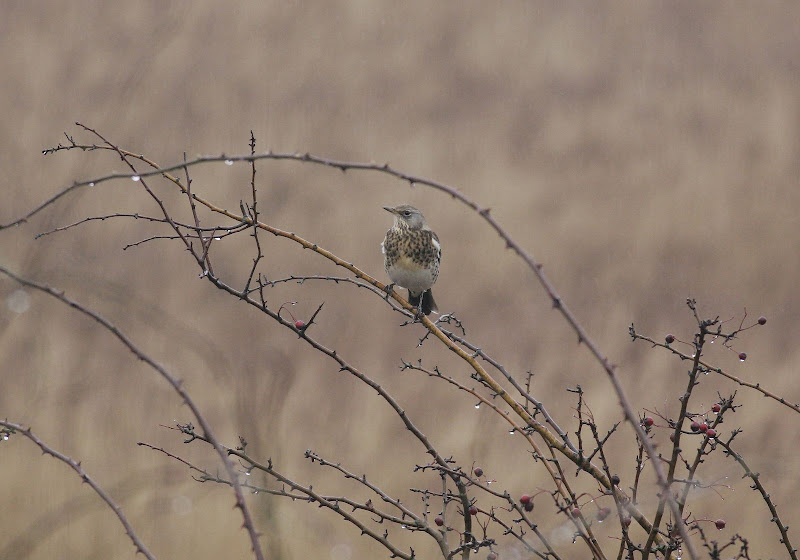 Fieldfare - taken in the dark, I've boosted this shot by about 2 stops. Thank goodness for RAW.

Posted by Jonathan Lethbridge at 17:16