Hello, Happy December! One more month to go, then we can all get fresh bits of paper and start again! If you hadn't already noticed, I've been planning my 2010 assault on Wanstead for some time now, basically since I ran out of readily available 2009 ticks. I reckon I could get over 100. This year I am marooned on 97, and whilst there are a few birds that could theoretically turn up, all of them are scarce and I can't really see it happening in the time I have left.

Ducks: Wigeon, Smew and Goosander. Bring on a cold snap!
Waders: Woodcock, Lapwing and Golden Plover. Woodcock is probably resident, I just can't find one, and the latter two are within a few miles, at Fairlop - they just need to get a bit lost.
Finches: Bullfinch, Brambling and Crossbill. The former is infrequently seen in the Old Sewage Works, and the latter is a possible flyover. Brambling seems unlikely somehow, though again the OSW could turn up trumps if I give it enough time.
Other: Waxwing. Paul had some at the mighty Masey last winter. Can Wanstead pull some out of the bag?

Sadly, my money is on 2010. Or 2011. Or never, but I'll certainly give it a go next year. During the endless rain I've been mentally plotting my first foray. I'd start first thing by going through the Gulls on the playing field to the west of Lake House Road. The other day I got a record count of both Lesser Black-backs and Herring Gulls, and sightings of Great Black-backed are on the up - three this year! From there, I'd cross over to have a quick look at the Jubilee Pond, probably add House Sparrow, a few ducks, Coot, Moorhen and Canada Goose, and on the way I'd likely bump into a few Skylark feeding on Fairground Flats. If I don't get Pied Wagtail around the margins of Jubilee, I'll probably get one at Alex, which is where I would be headed next, via the main area of rough grass for the wintering Stonechat and likely a few Mipit. By now I would also expect to have picked up Wood Pigeon, Jackdaw, Magpie, Crow, and Jay. Once the Stonechat is in the bag, I'll head along the south side of Long Wood, which is usually good for Thrushes, Finches and Tits, and emerge on the main area of playing fields for more Gulls. Then to Alex for a Chiffchaff that looks like it might winter (backup on Perch), and more variety of ducks than can be found on the Jubilee Pond, including some Teal that have been there for a while.

I'm now cutting down Wanstead Park Avenue, and entering just where the Water Rail was at the beginning of this year. If I'm lucky it'll be back, though I have not seen it yet this December. Hopefully I'll get Great Crested Grebe either on Heronry or Perch, and if not there is always the Basin later on. After ticking off the long-staying Goldeneye (Birding Gods, take note....), I'll probably bear right and go alongside the Perch Pond to the Dell. I've seen Kingfisher around here lately, and some Siskin are back in. If I still need some finches and thrushes, the Old Sewage Works is close by before I start my circuit of the Ornamental Water. I'd expect to have had at least two Woodpeckers now, and Lesser Spot if I'm really fortunate. Cormorant is highly likely near the Canal, and Ring-necked Parakeet as well. Hopefully there will be some Teal in the Fortifications if the ones on Alex are gone, and if I missed the Perch Pond Kingfisher, the southern stretch of the Ornamental Water is usually pretty good. At the very end, at the pumphouse, just before I head up through Warren Wood and out, I stand a chance of Grey Wagtail on the banks of the Roding. 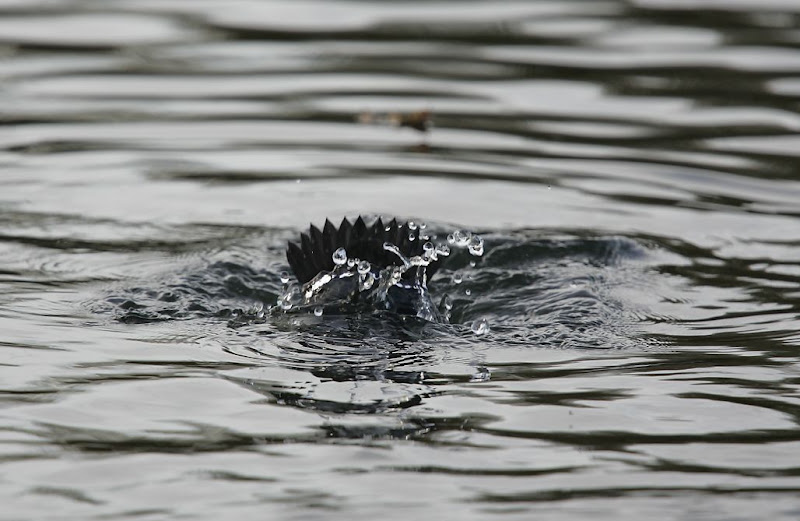 I'm now out of the Park and cutting through the Golf Course to the Basin, where the Great Crested Grebe, Smew, Goosander and Wigeon await, cruelly having hidden during my final abortive sortie on the 31st.... A quick look in the Churchyard for Nuthatch, and then down Blake Hall and into Reservoir Wood to try and find the Firecrest and the Coal Tit, and possibly the Treecreeper. Then home for tea and cake. If there is enough time I might then head round to Staines for the Brown Shrike.........Nooooooooooooooooo!!!!!!!!!!!!!!

Posted by Jonathan Lethbridge at 17:37