The aroma of fresh pine

The aroma of fresh pine is permeating the house. Not toilet cleaner, a Christmas Tree. According to the label, it is apparently a classic Nordmann. It is now in the front room, classically dropping pine needles all over the floor. By the time I had put the vacuum cleaner back in the cupboard and gone back to admire my tree erection handiwork, there was a fresh scattering. Non-drop? Let's just hope it is merely adjusting to its recent change in circumstances and will pull itself together and remember why it cost forty quid.

Fittingly, it has also begun to snow, and this wintry scene has been complemented by the arrival of a small flock of Lesser Redpolls, which is really what I wanted to write about. There are somewhere between fifteen and eighteen birds, and a couple of Goldfinch with them. They are mostly feeding in a tree with dangly bits (my botany is not all that) three doors down, but every now and then they fly around in a big circle and land in the tree at the bottom of my garden, which I think is a sycamore. This morning, as I was having breakfast, three of the flock diverted and sat up in the Mahonia right next to the terrace. They were beautiful, I didn't have my camera, and naturally they have not returned. I did manage to grab a shot over the fence as they fed, but it's not really what I had in mind. 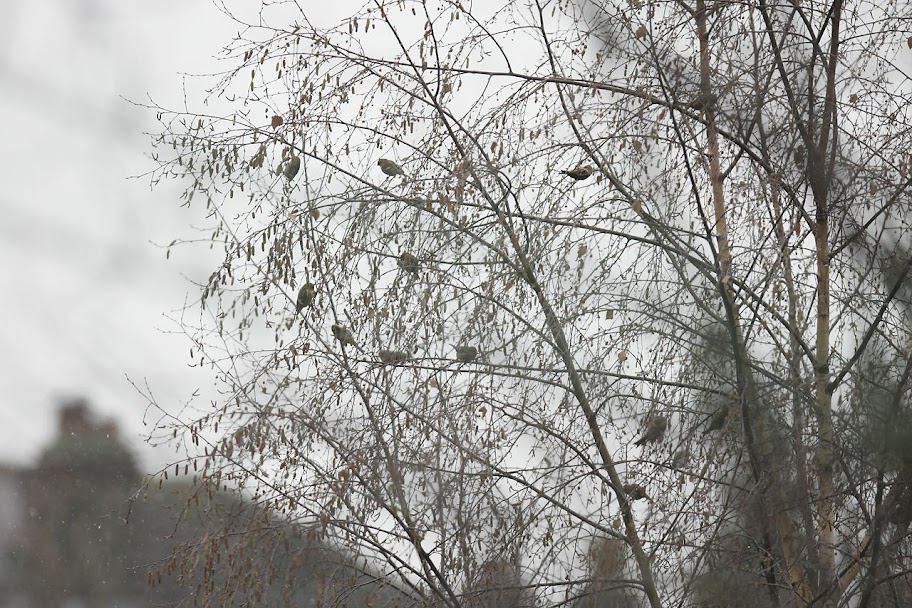 If only I lived in SW London, as these would then be Mealy Redpoll.

This is only the second time we have had Redpolls in the garden. The first were three fleeting birds about two years ago that I never got good views of, so in some ways this feels like tick. I filled up the feeders yesterday, just in time for the truly cold weather, and this morning there have been a succession of visitors. Greenfinches, Sparrows and loads of Blue Tits and Great Tits, but also a few Chaffinches and Robins. There has been a Jay, until four Blackbirds converged and saw it off, the resident Jackdaws have been about, and a Wren has been singing from down the end somewhere. All in all rather a pleasant morning. All I need now is a Nuthatch to complete the scene. 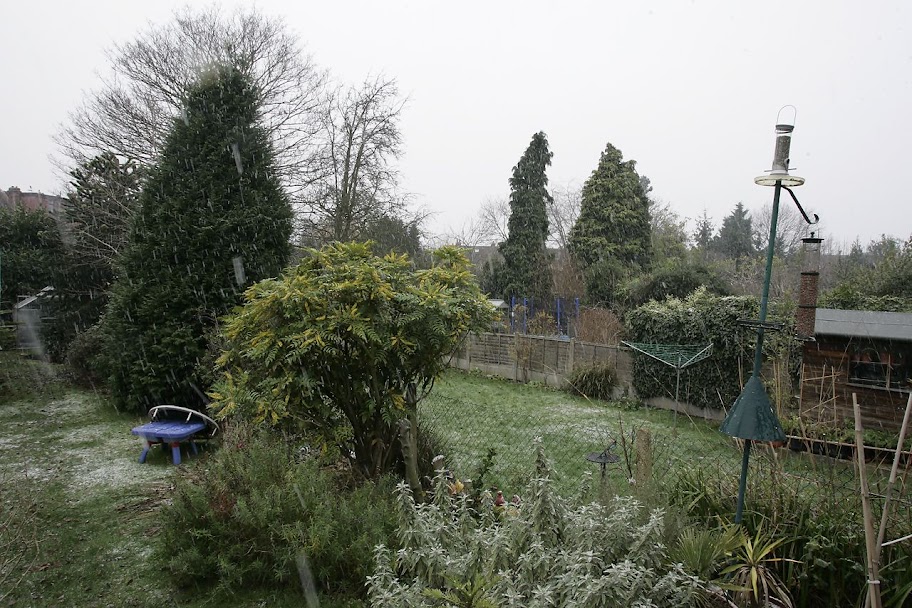 I have dutifully checked the Basin, Heronry and Perch Ponds, and found nothing of interest. Perch and Heronry have partially frozen, including the bit where the Goldeneye likes to hang out, and there was no sign of it this morning. It is a bird that is supposed to arrive in cold weather, not be driven away by it dammit. I'll check again tomorrow but I have a horrible feeling it has gone.

I have to go. Pudding is telling me she has Christmas Trees in her socks. Bloody rip-off Nordmann.

EDIT: The sock Christmas Trees were Brio ones, and they were indeed in her socks, which were on her feet. If I knew, I would tell you.

Posted by Jonathan Lethbridge at 11:47