Geese, as everyone knows, fuck you up. Yesterday at Old Hall Marshes was no different. Bradders and I were looking for (and failing miserably to find) Ferruginous Duck. When we had scanned the Tufties and Pochards for the 20th time without rufous joy, we turned to the Brent Geese. Mistake.

Scanning a flock of at least a thousand birds produced 997 pretty standard Dark-bellied Brent Geese and 3 abnormal ones that got us quite excited, but ultimately screwed us over. The odd thing is, it becomes a bit enjoyable, addictive even - you tell yourself to leave, quit while you're ahead, but end up staying for just one more scan, and then just one more.....

1. JL's tentative Black Brant. Darker mantle than the surrounding birds, no clear tonal distinction between the neck and the breast, bright white flank patch, but probably 2/3 of the size you might expect a Brant to have. Neck collar only average, clear break at the back, and indeed some of the surrounding dark-bellieds had much wider collars. Hmmm. Stupidly did not take a photo. It was a standout bird though. If DB had not been with me I would have called it a Brant, and gone away very chuffed.

2. JL's tentative Pale-bellied. Juvenile bird, standout pale rear flanks, however front flanks, upper breast and belly tonally not much different to a dark-bellied. Possibility, but not quite right. Not having seen one of these before, I had to consult photos on the web, and it does look a bit like some juv pale-bellieds, but then again, they could be badly labelled, blind leading the blind and all that. 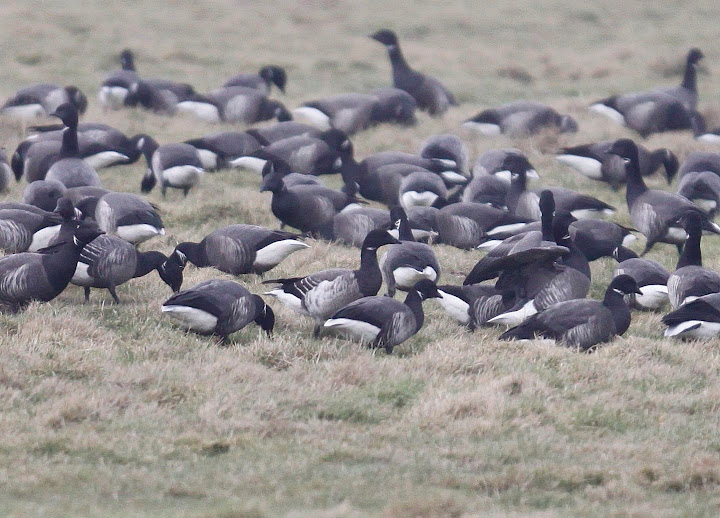 3. DB's tentative who the hell knows goose. Again, a standout bird, several shades lighter on the mantle and flanks, which in fact were the same tone. Kind of Canada Goose coloured. Neck, head and bill correct tone, ie no leucism going on. It could just be a funny-coloured dark-bellied. Equally, it could be a funny-coloured pale-bellied. Best just call it a Brent Goose. 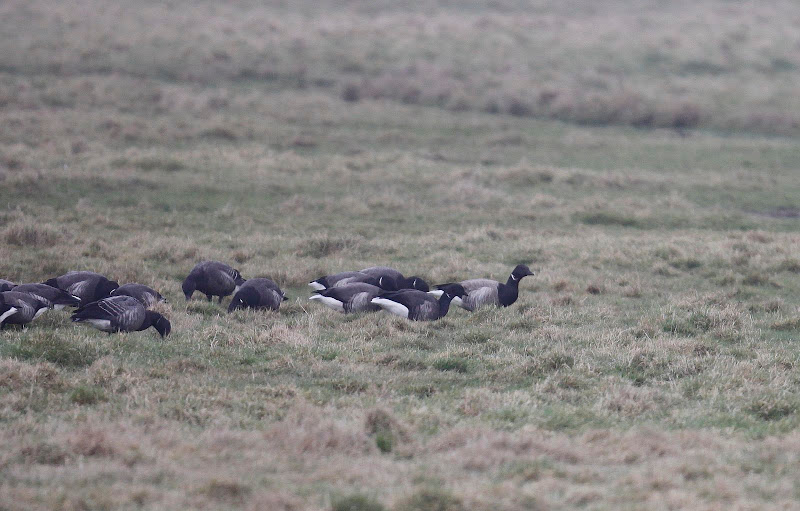 If any of my vast readership have an opinion, I would love to hear it.
Posted by Jonathan Lethbridge at 14:19